The crew met up at Maverik at 0800, and we promptly loaded up and headed West: 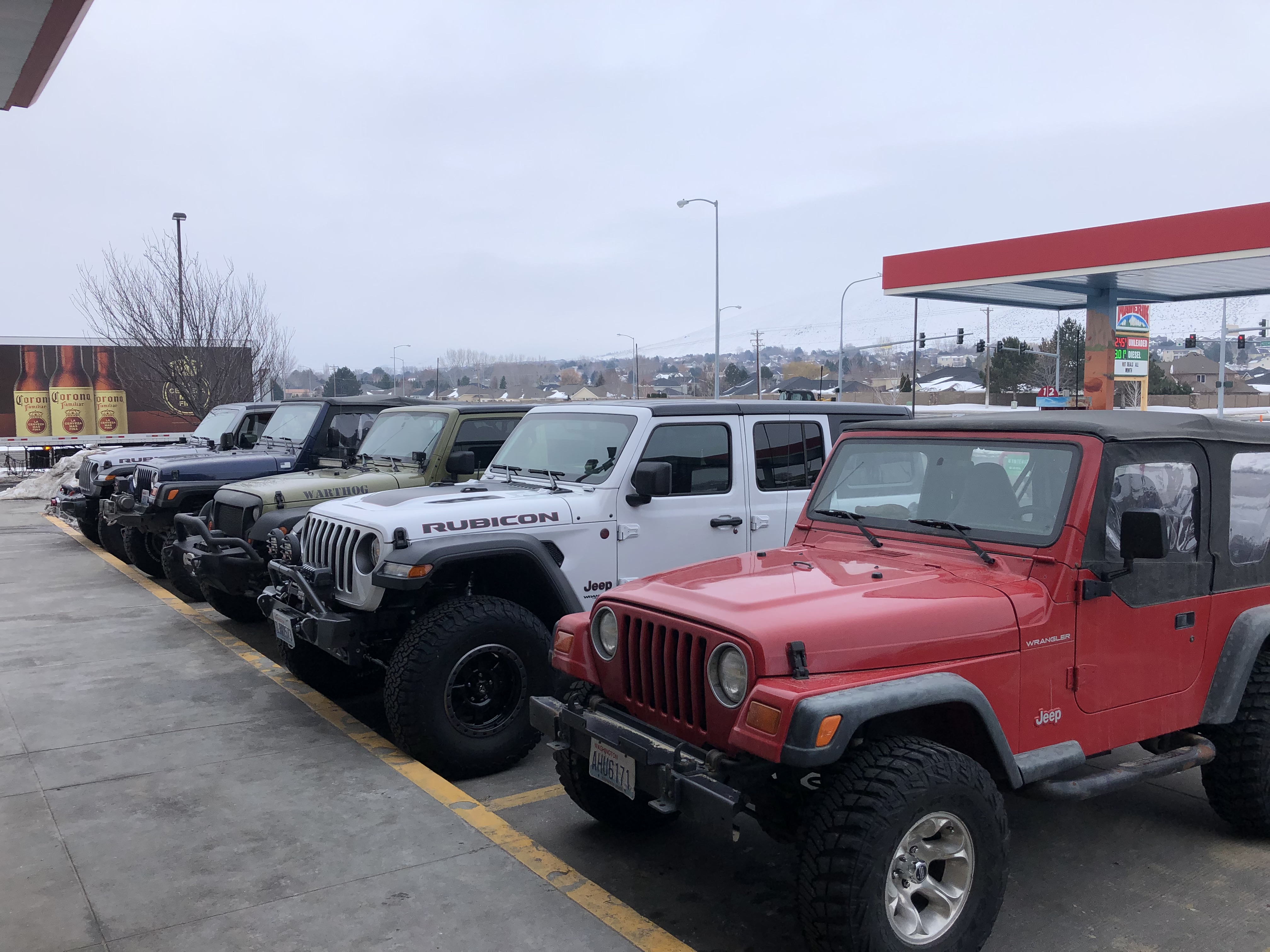 As we trundled along Ahtanum Road toward Tampico, the sun began to peak out of the clouds and gave us a glimpse of the beautiful blue sky we would enjoy for the rest of the day: 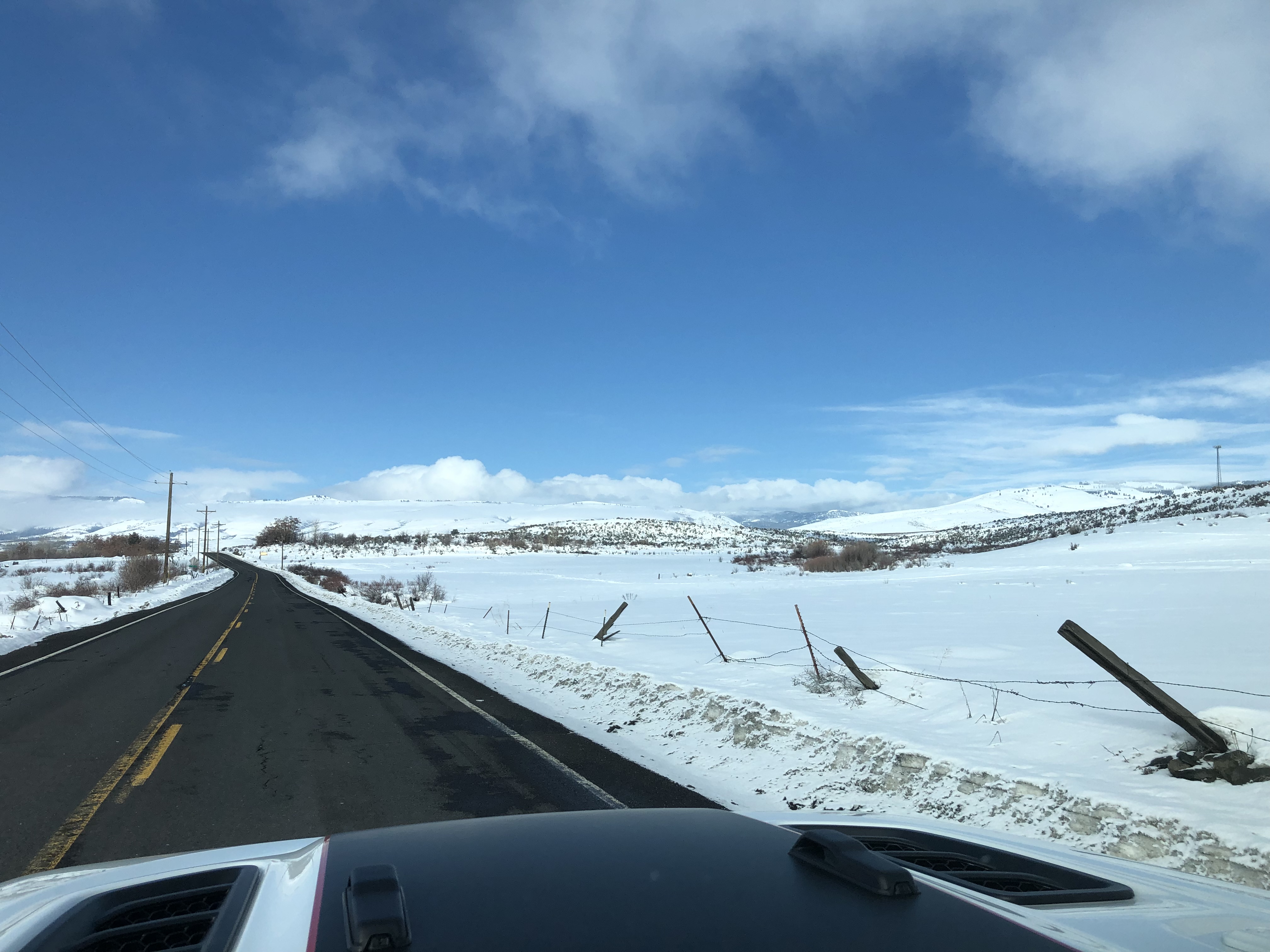 We aired down at the corrals: 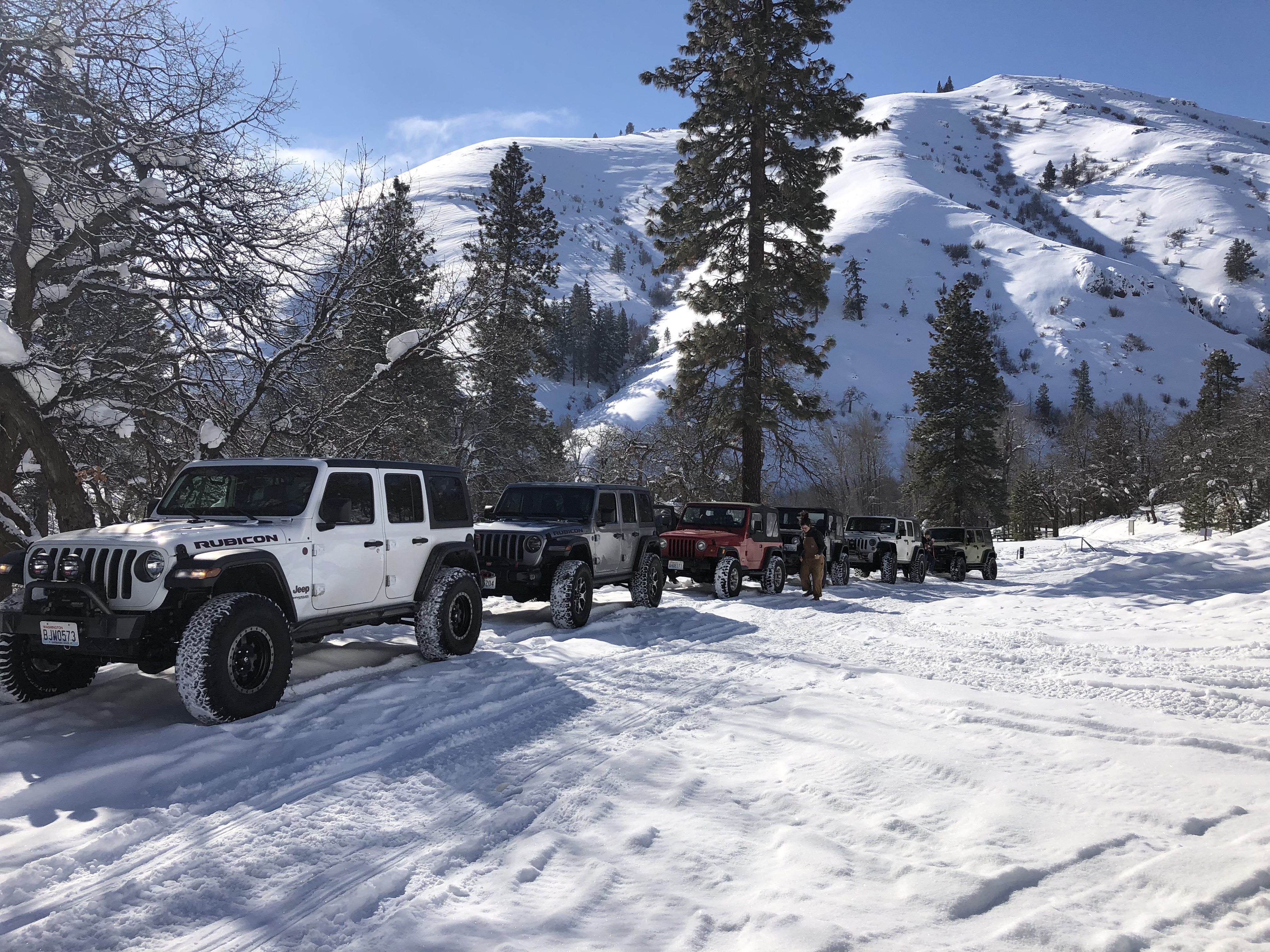 Middway up the first hill, we ran into some native critters: 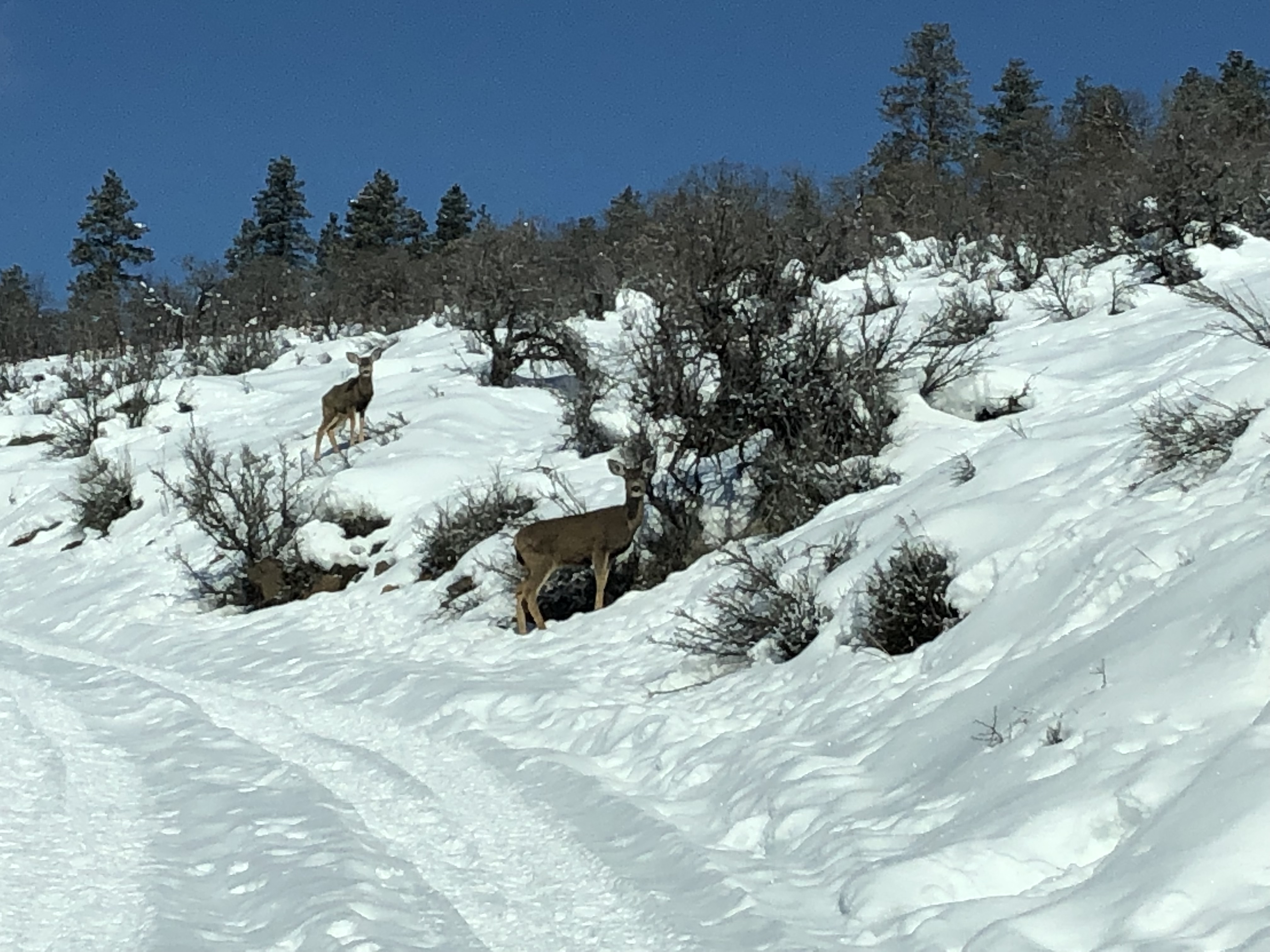 Per usual, I recieved the award for not only the "first stuck of the day", but also the award for "how in the eff did you get stuck there?": 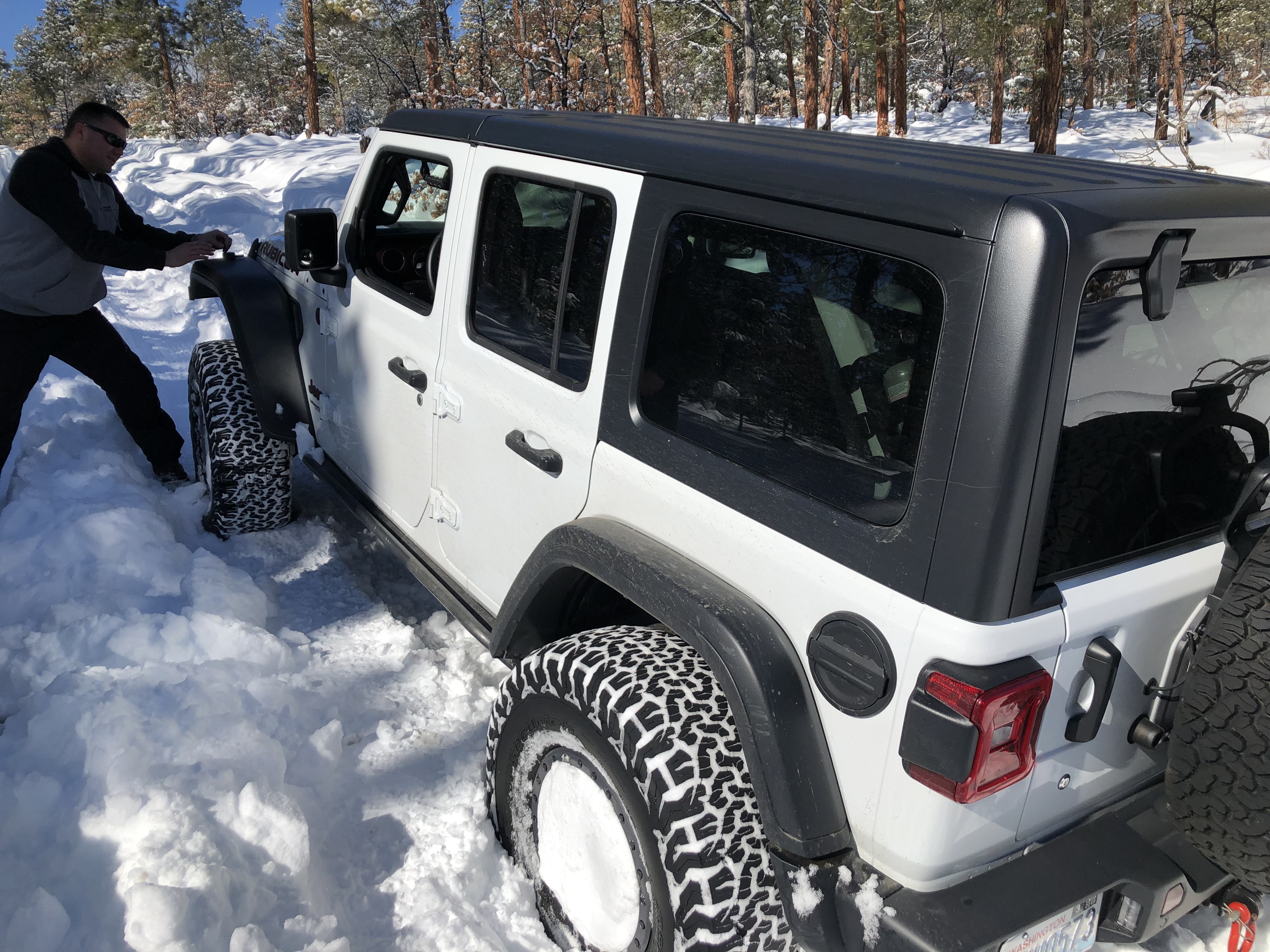 This prompted additional relief of the psi's: 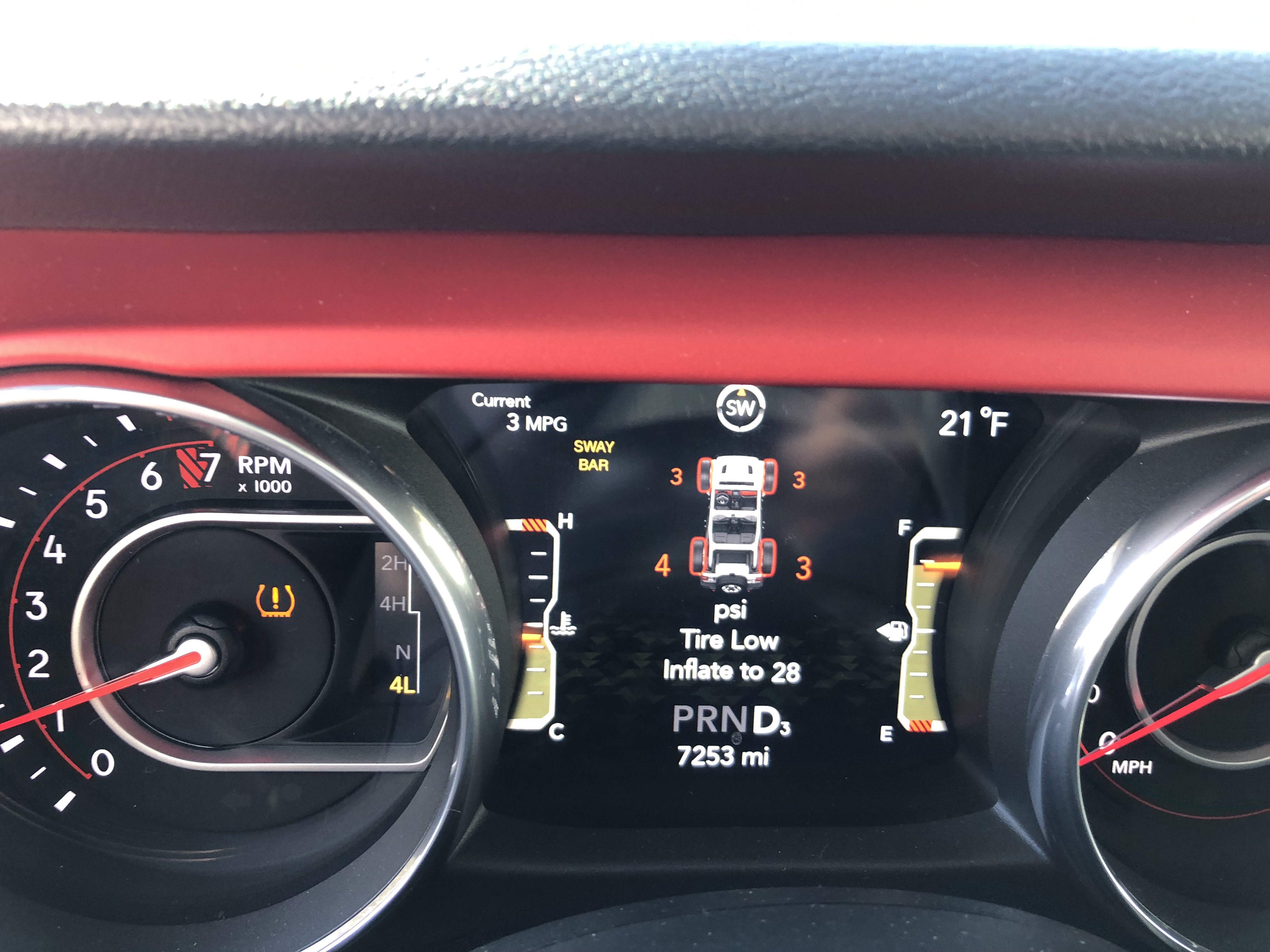 A look back at the dubious section that allowed me to highlight my utter lack of talent: 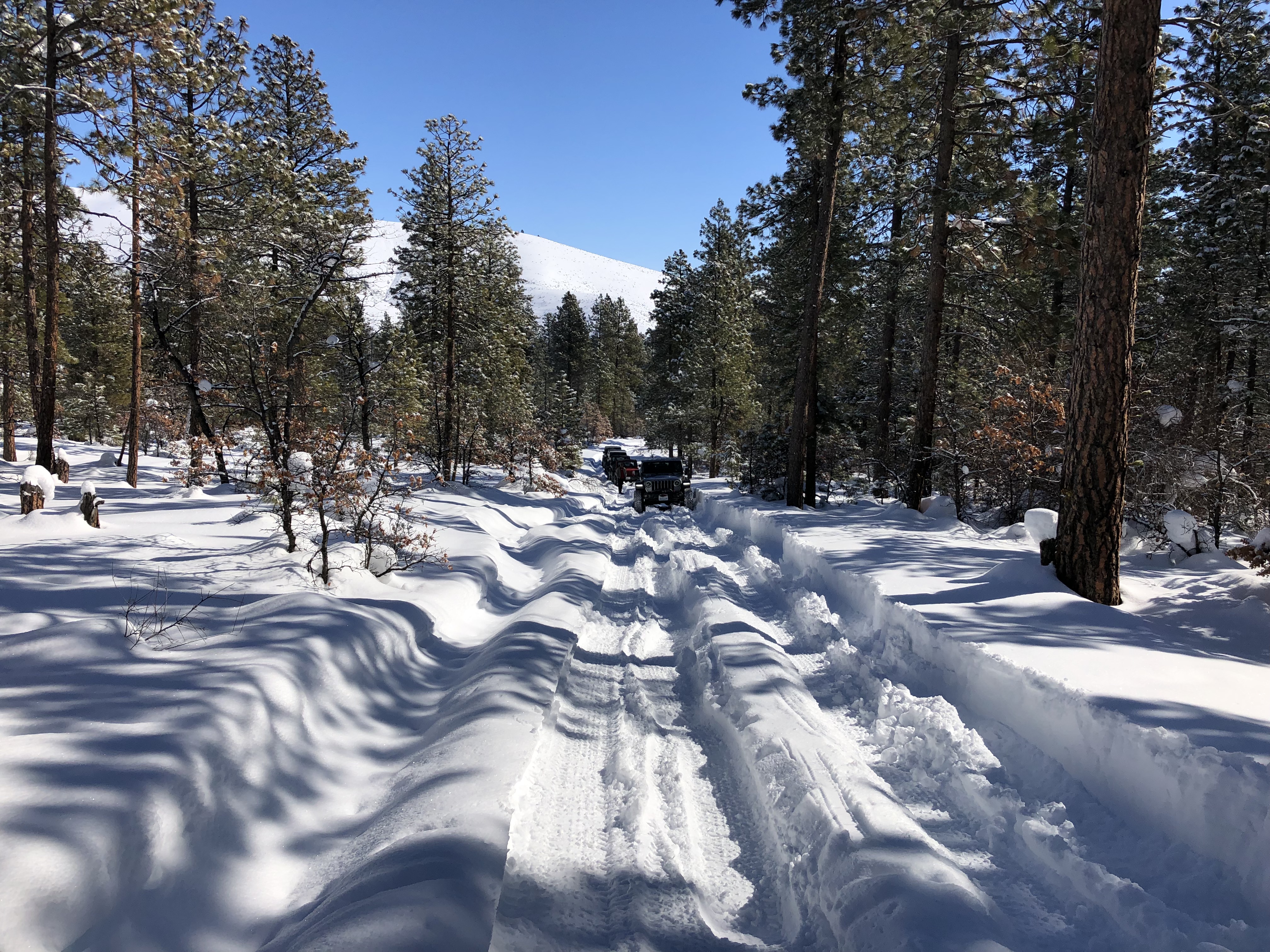 Malloy was up next, and with a few attempts he walked right through. Boyscout was spotting at couldn't quite get out of the way fast enough, so he had to take a dive so Malloy could keep steady momentum. These are the risks a good spotter takes: 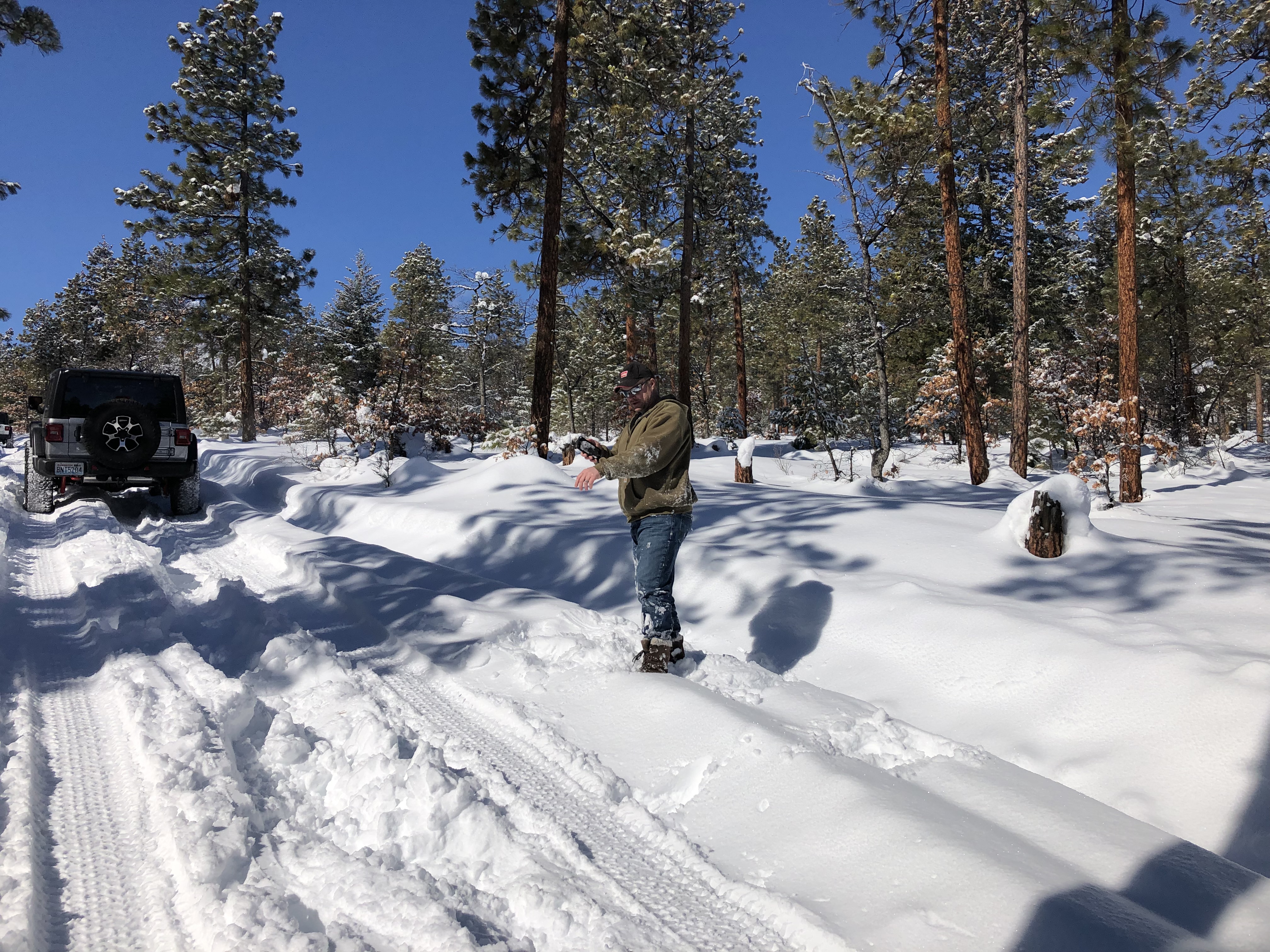 Red gave it a noble effort, but eventually required a quick tug back and additional psi removal as well: 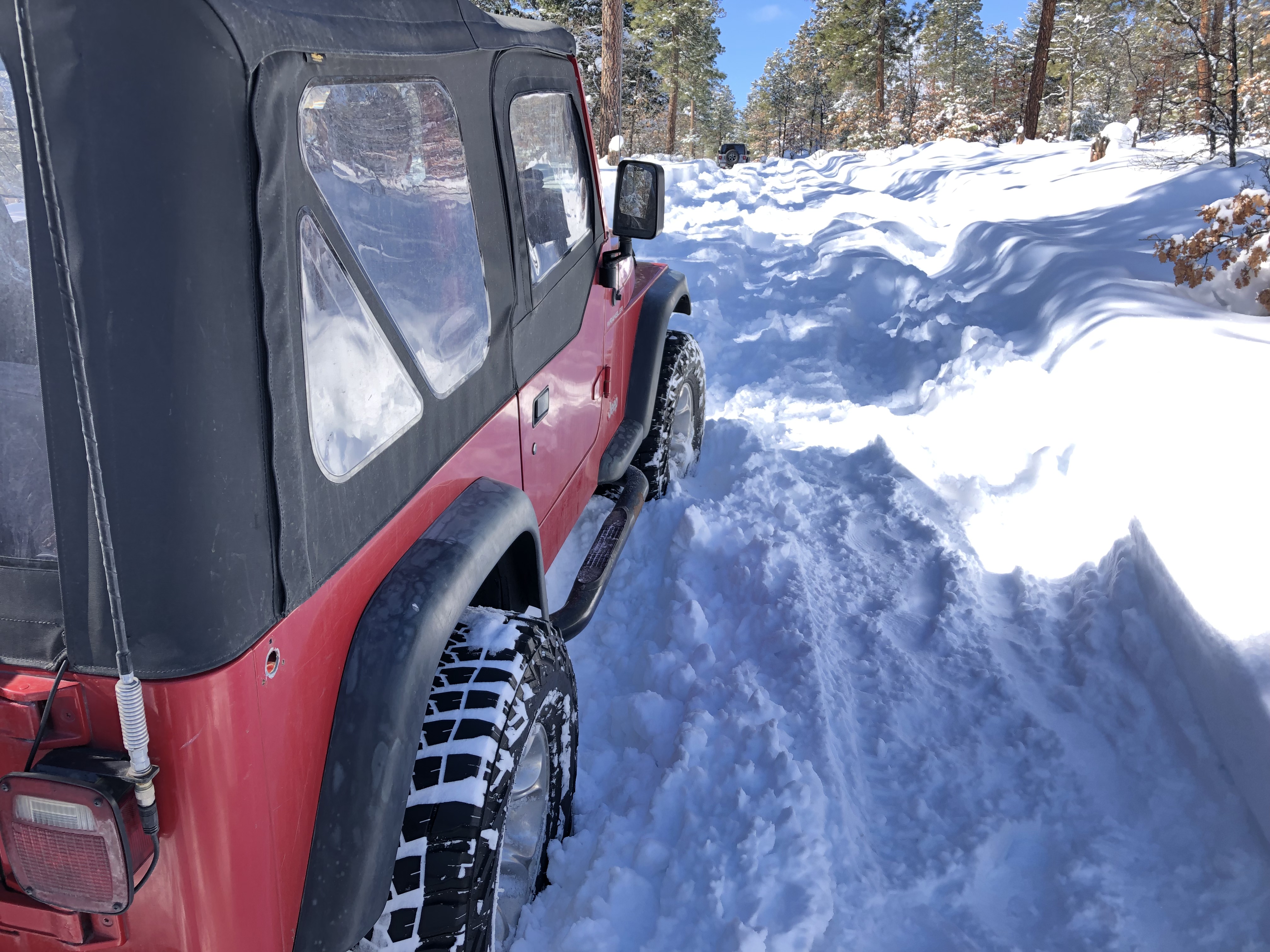 Blue of course tractored through, and I missed a picture opportunity of such. So Dryside was next and per his usual program, he cruised right up through while eating fine snacks and listening to classic rock: 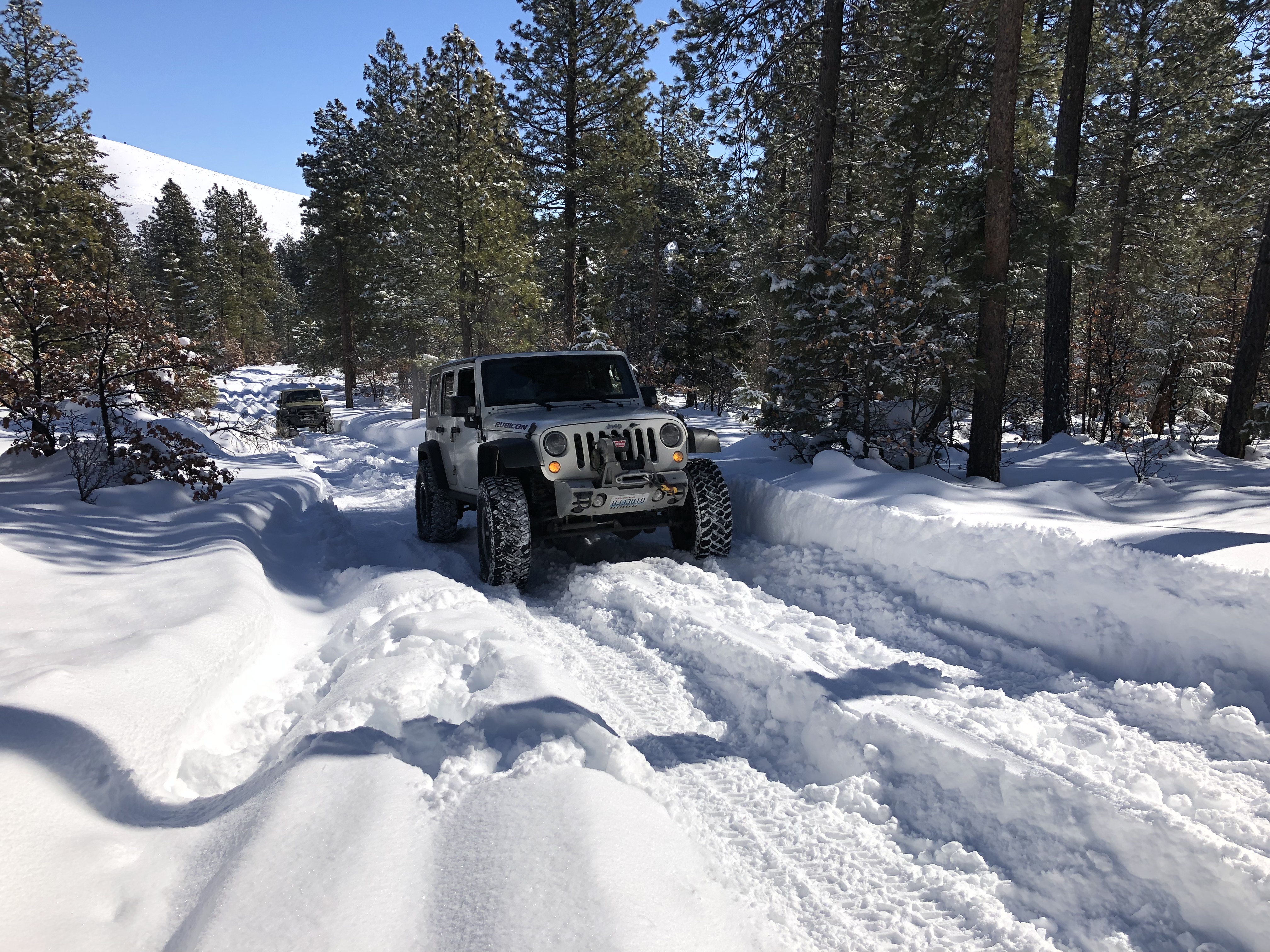 And last through were the Millers, in a similarly non-dramatic fashion. I really have no idea what the rest of us were doing having so much trouble in this little stretch 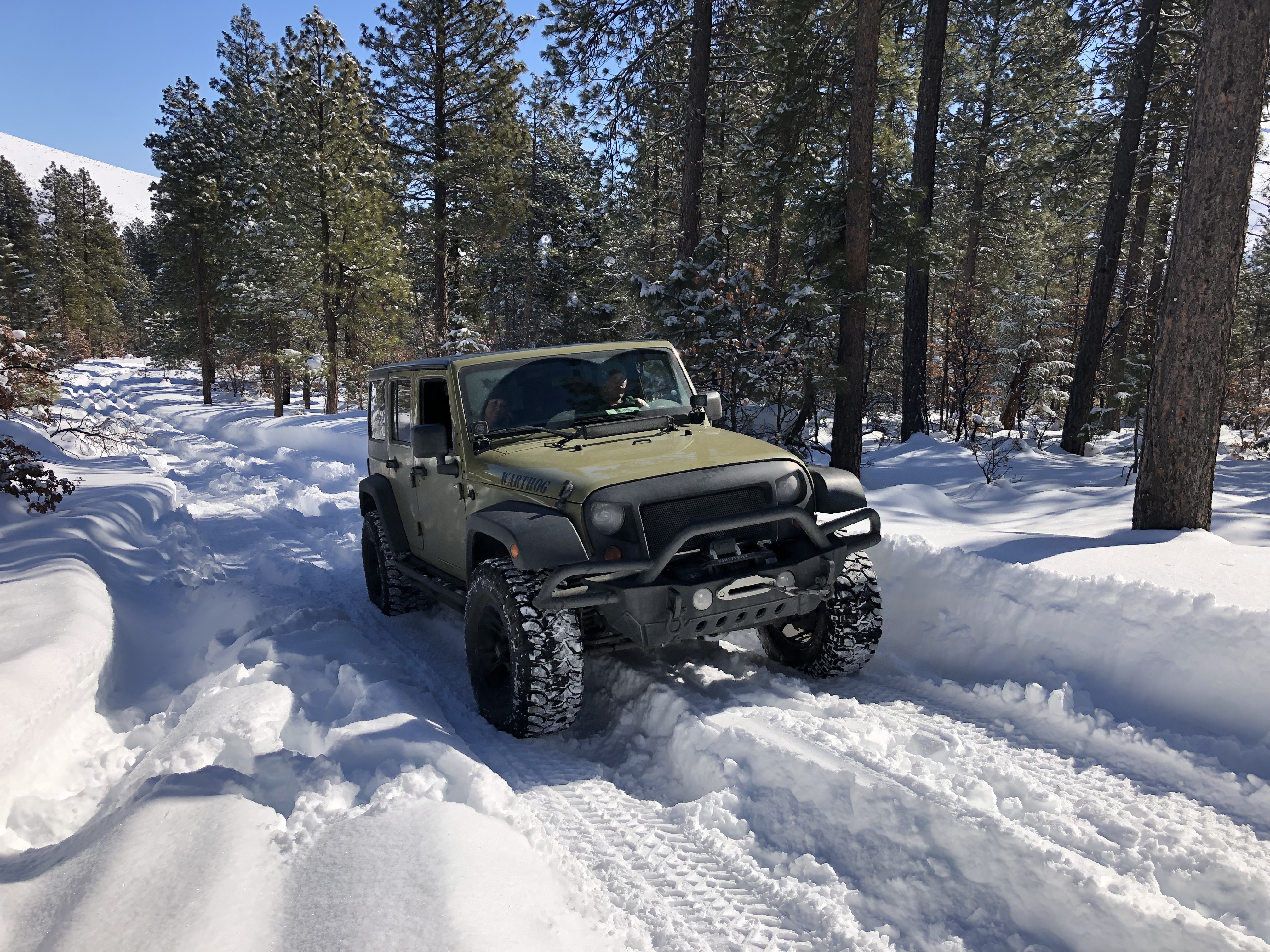 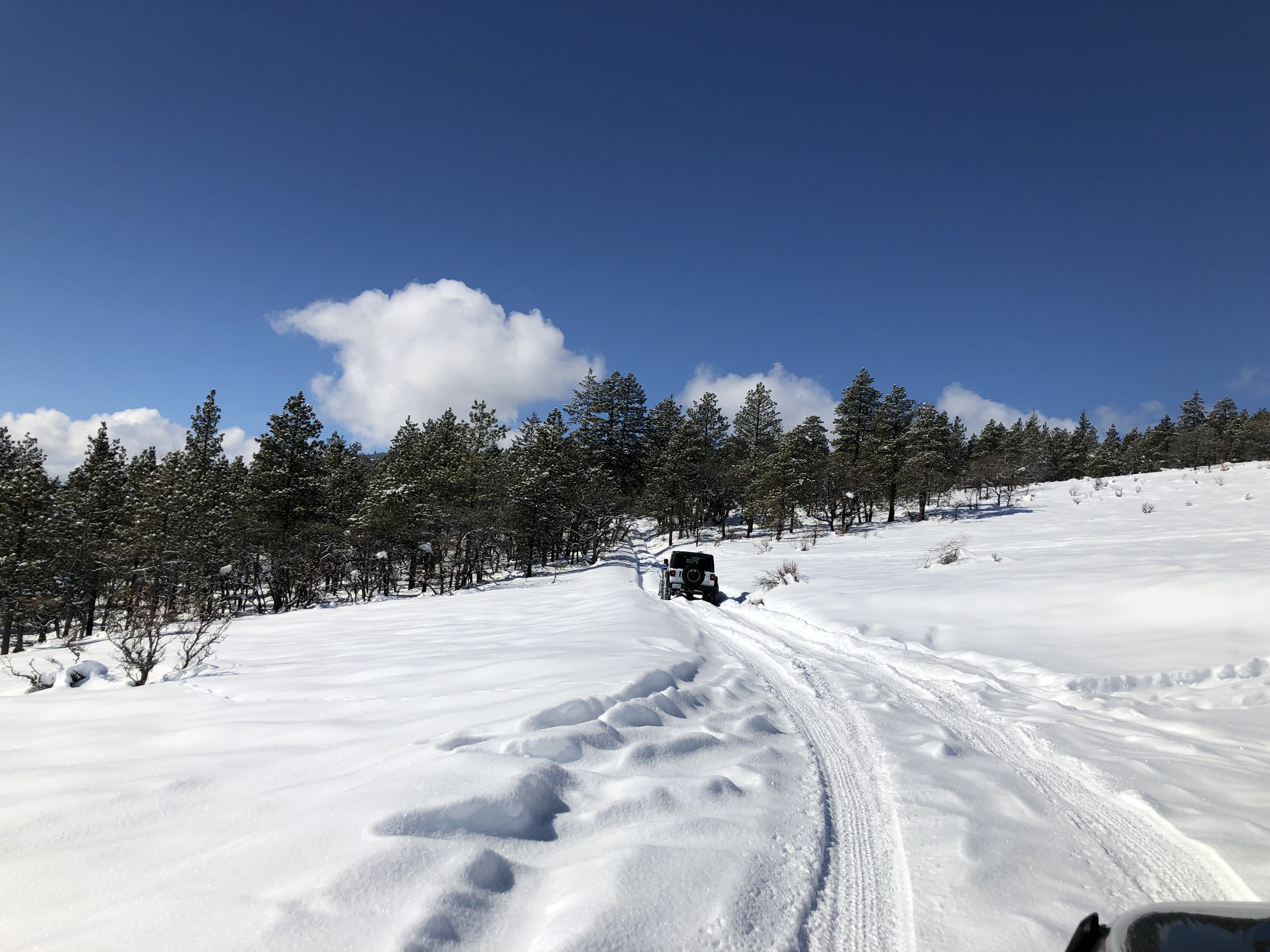 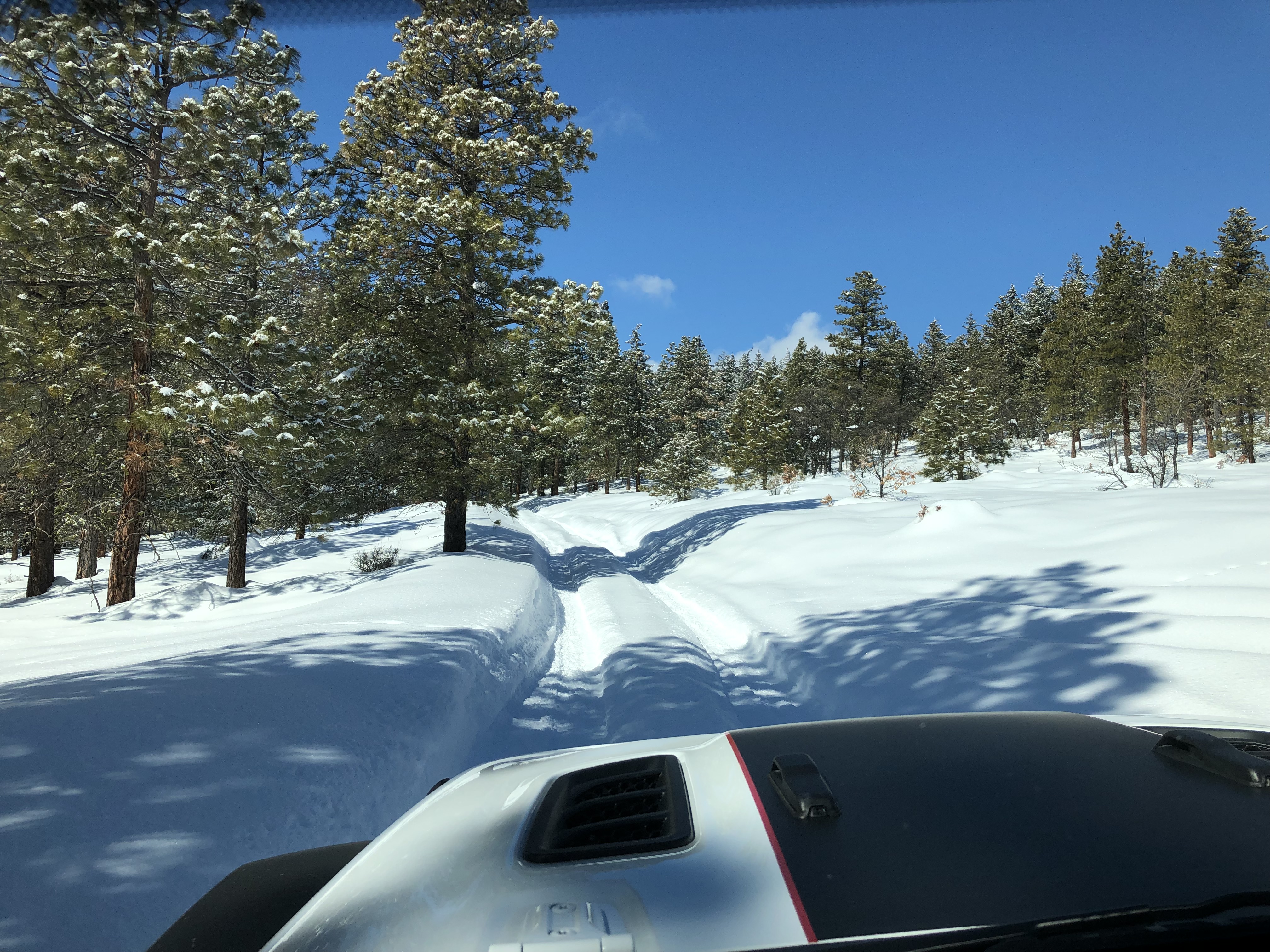 At one point, there wasn't anyone in my mirror for juuuuuust a bit too long, and a quick comms czek confirmed that there was a recovery in progress. I backed up the trail a bit and came upon Malloy working through it: 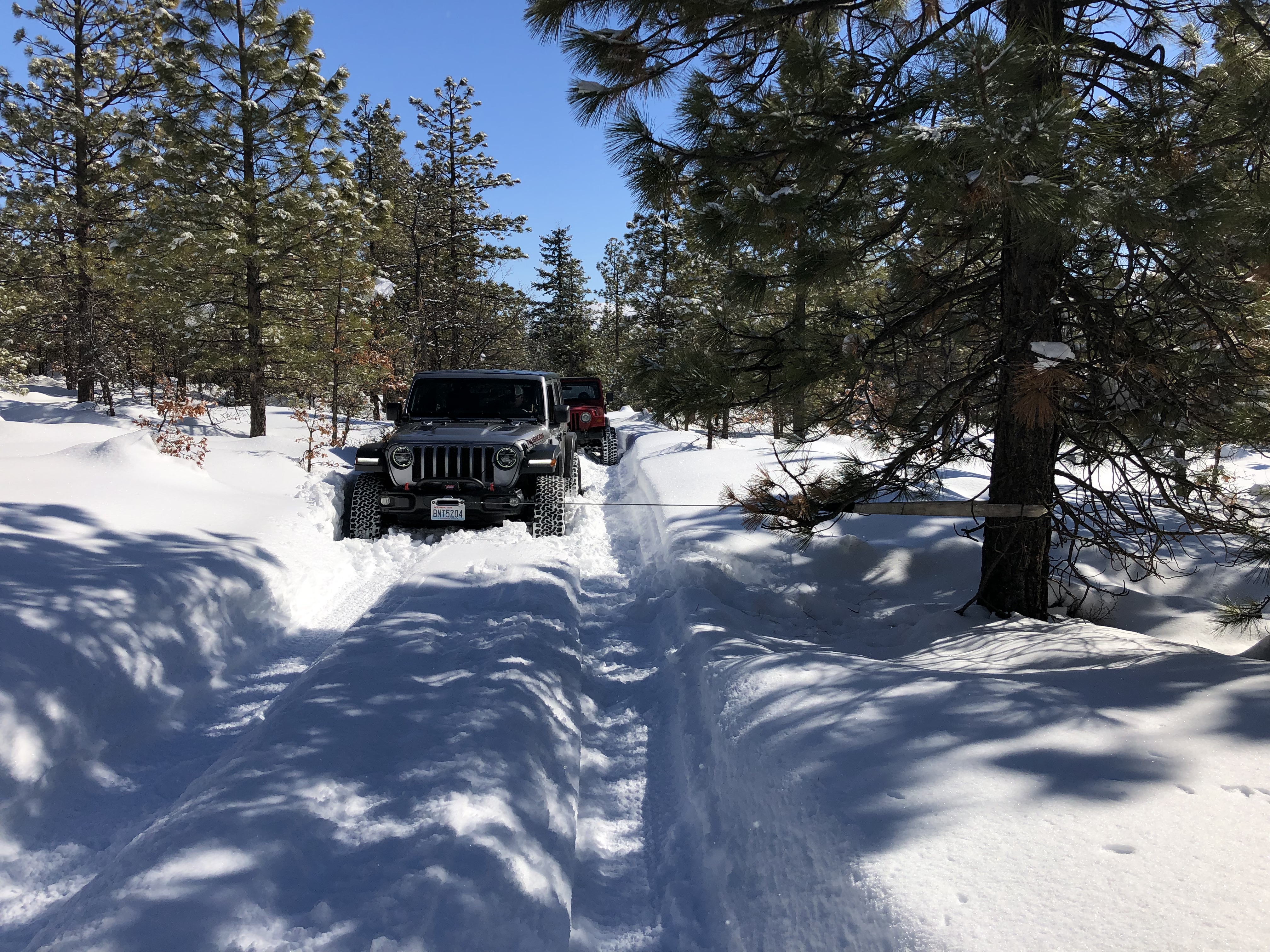 We stopped at a nice clearing to bunch up again: 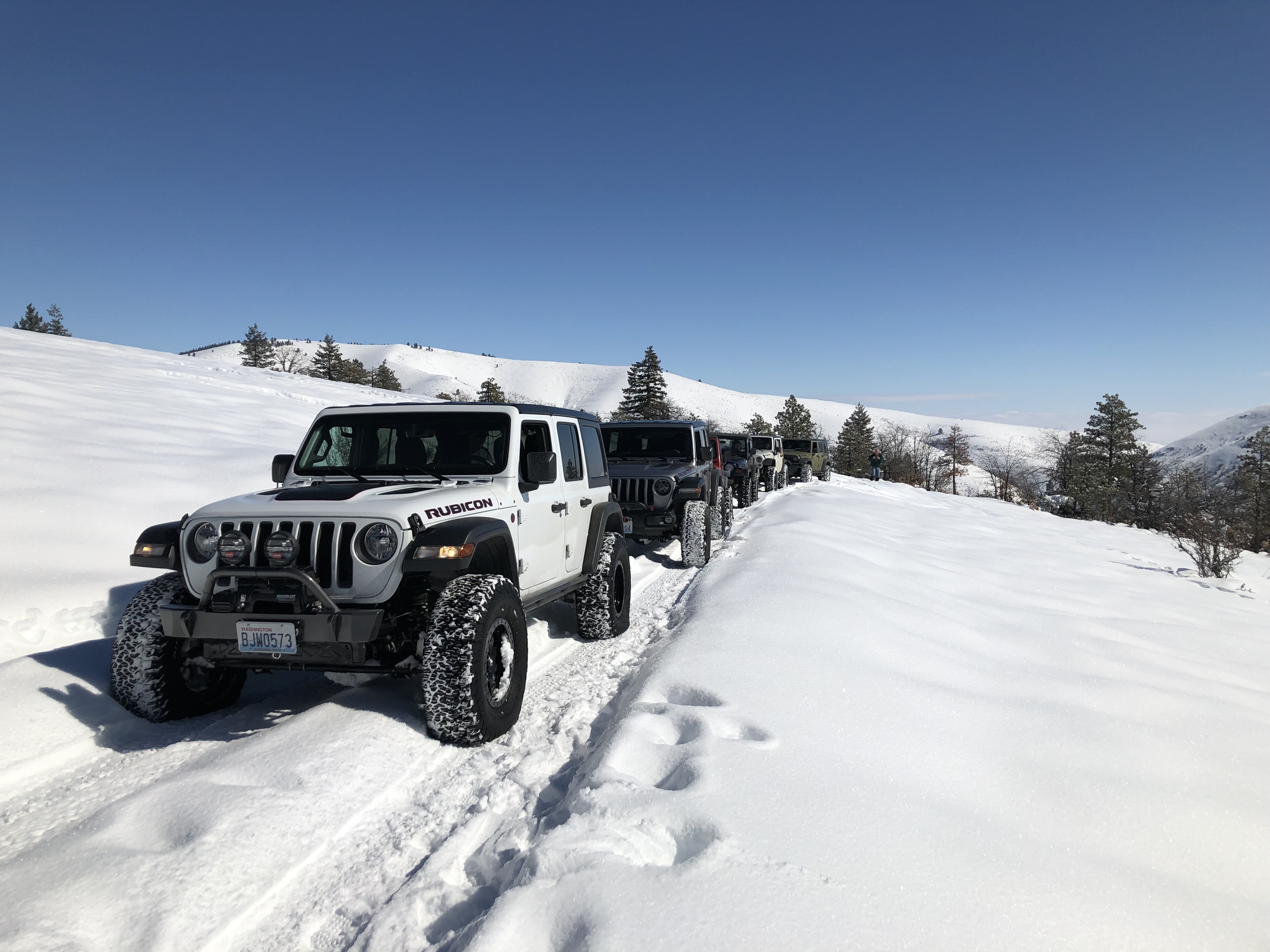 Arriving at the first significant hill, henceforth to be called Mt. Fujiyama (the backstory to be shared around a campfire), I used a combination of snail pace crawling and Jimmy-esque throttle to scramble to the top. The view from the summit of Mt. Fuji was incredible: 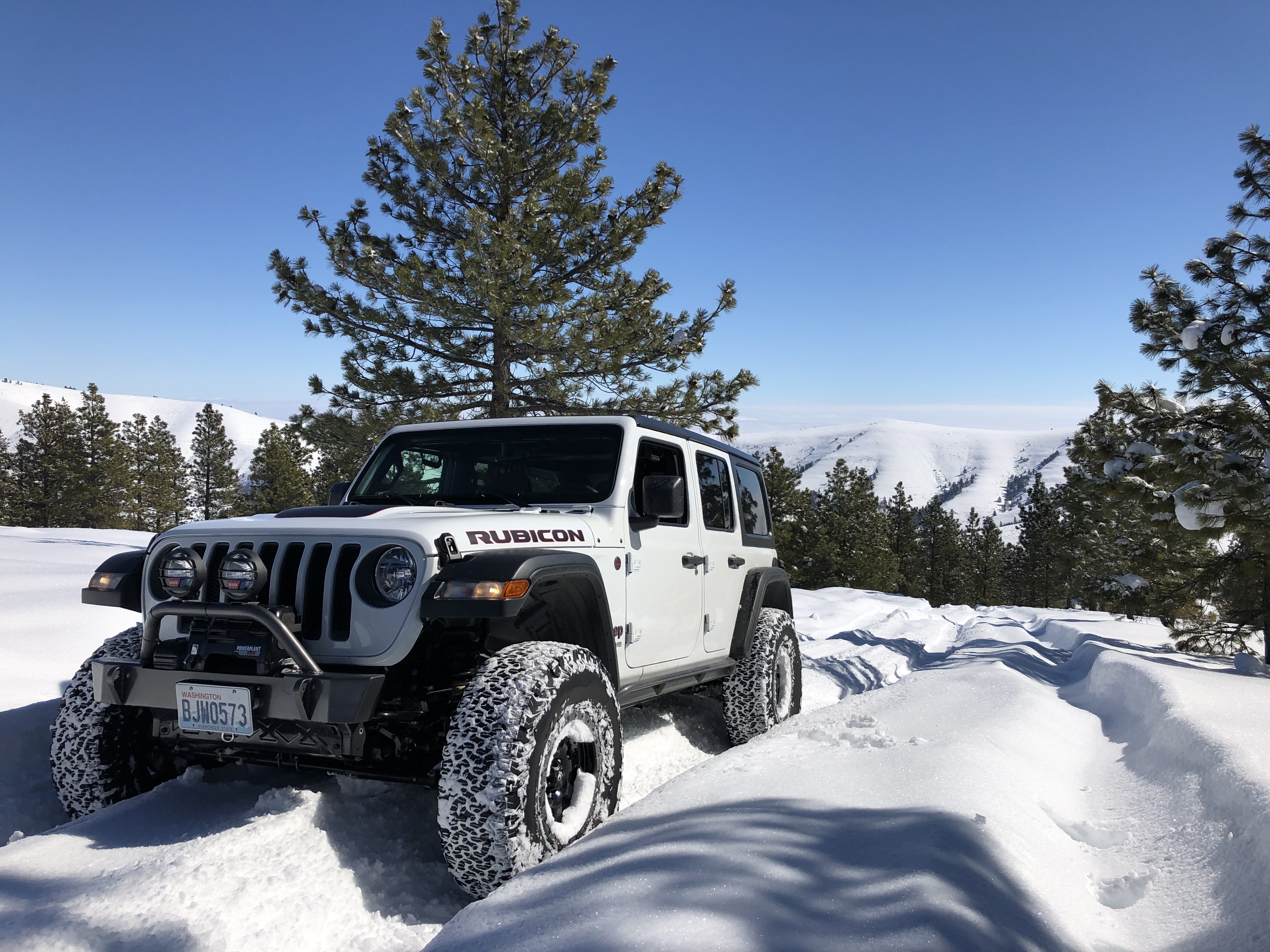 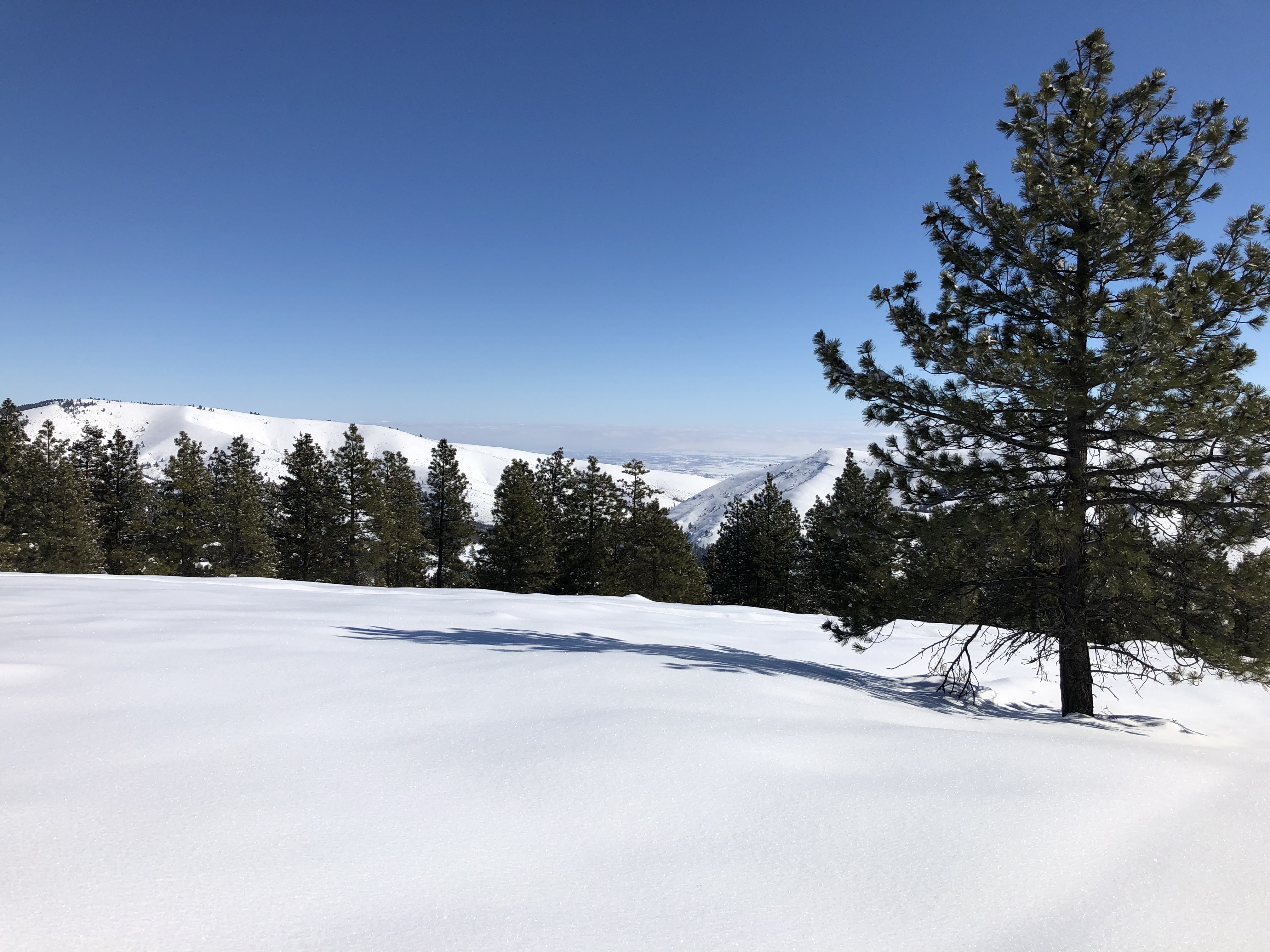 Unfortunately, no one was able to follow unassisted. Everyone else made a few valiant efforts, but as it has done oh so many times in the past, Mt. Fuji denied further progress. After blowing a passenger-rear bead, Malloy ended up taking the alternate route and we deployed his winch for several full-length pulls before he finally made the summit: 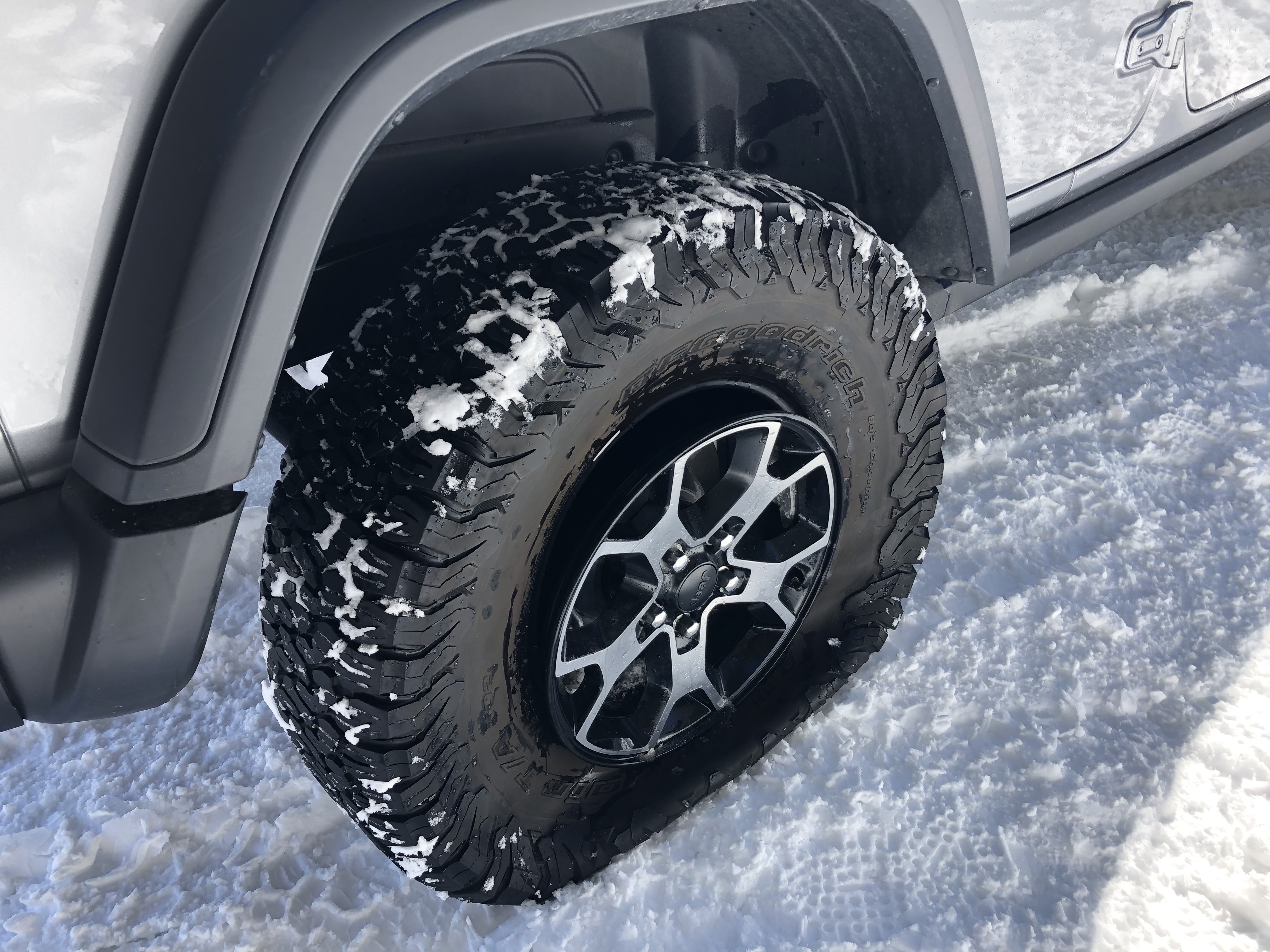 With the rest of the group deploying culinary weaponry at the bottom of the hill, Malloy and I had to take a quick trip up to the first hogs back to find a suitable place to turn around. It was simply beautiful up there: 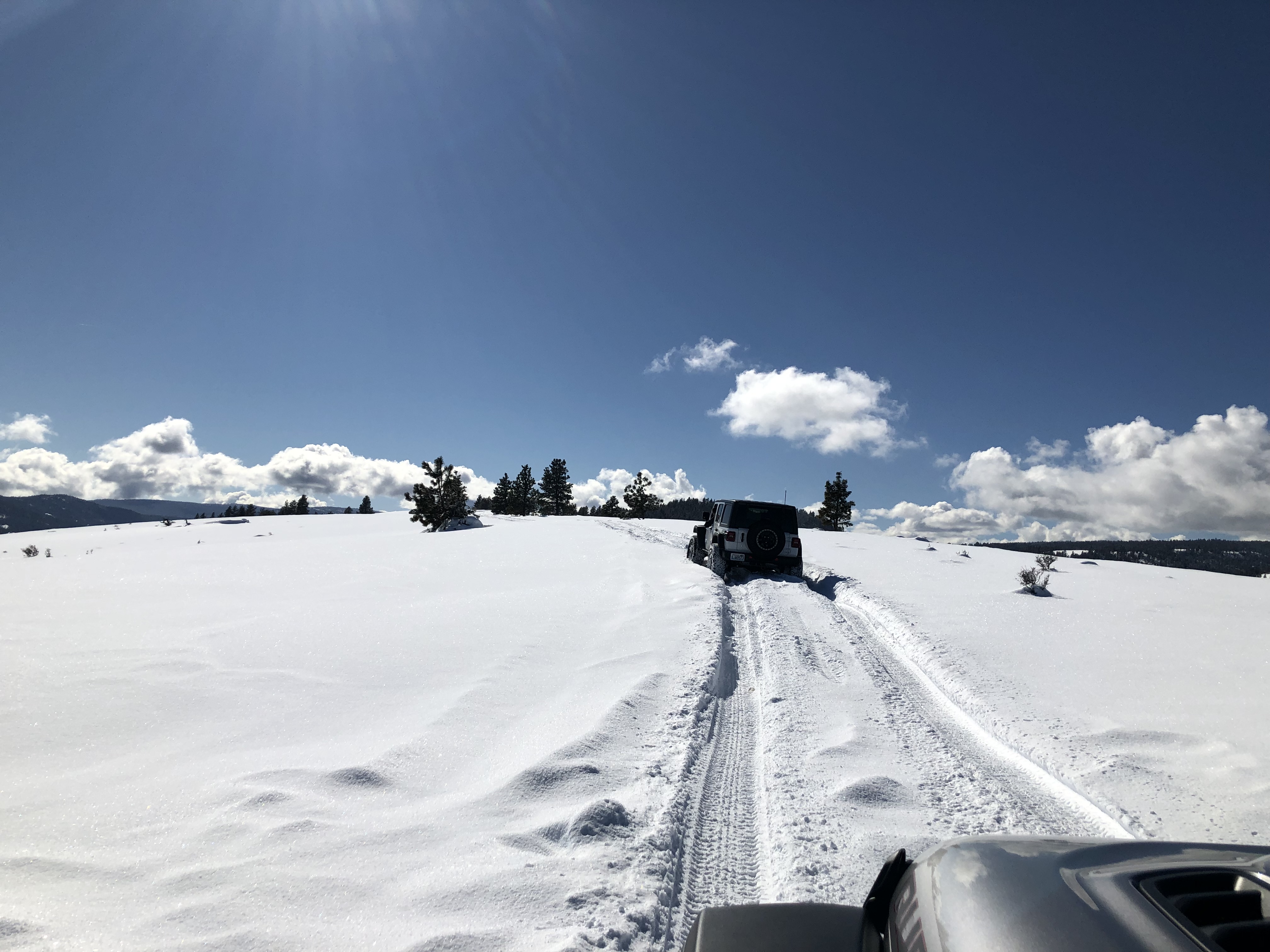 After we got turnt around, Malloy lost another bead, this time on the driver-front: 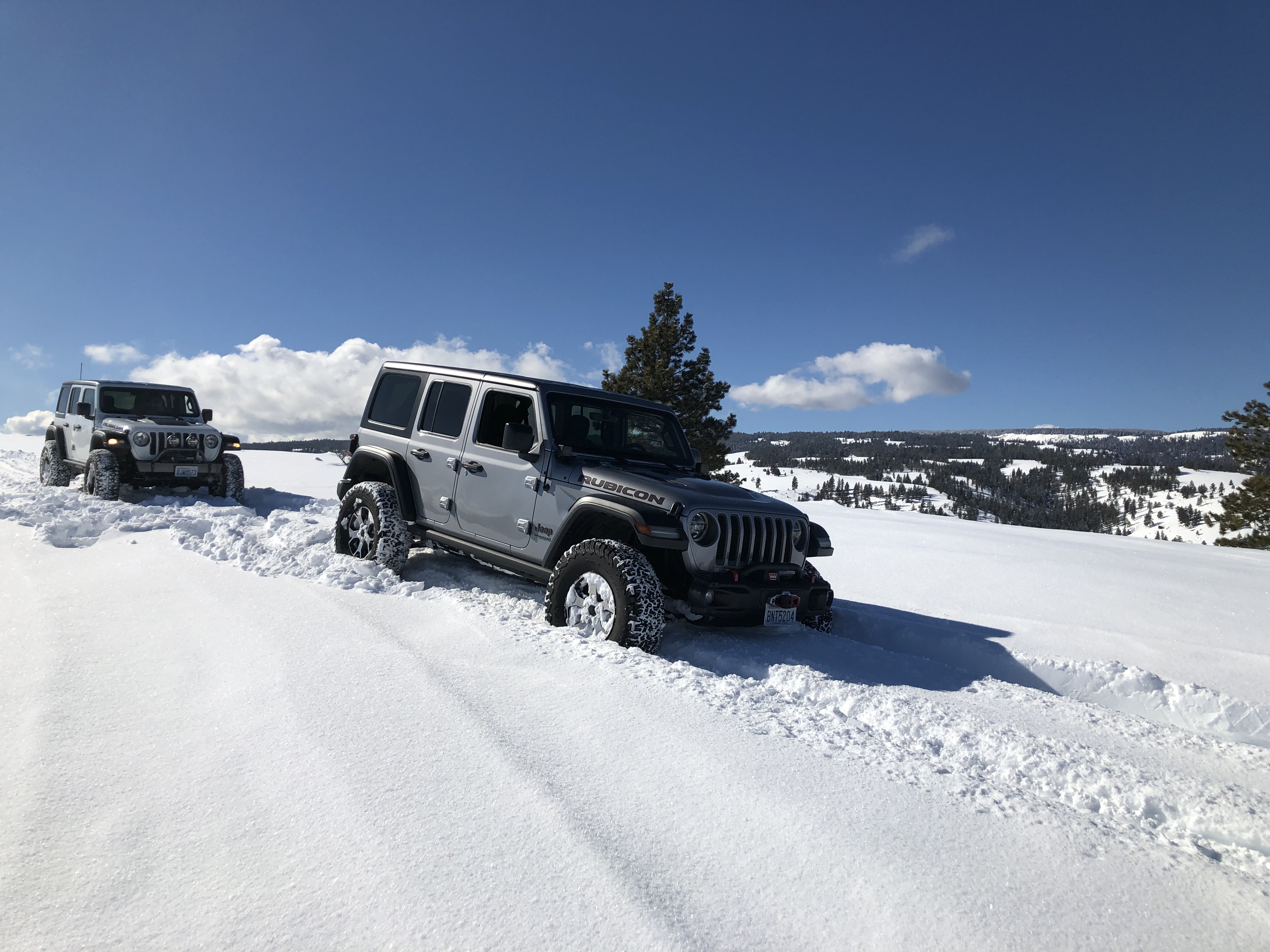 We made it back down Mt. Fuji and finally enjoyed our lunch, even if it was well after 2pm. As we were easing out of the lunch spot, The Madi buried Blue and Dryside provided the assist: 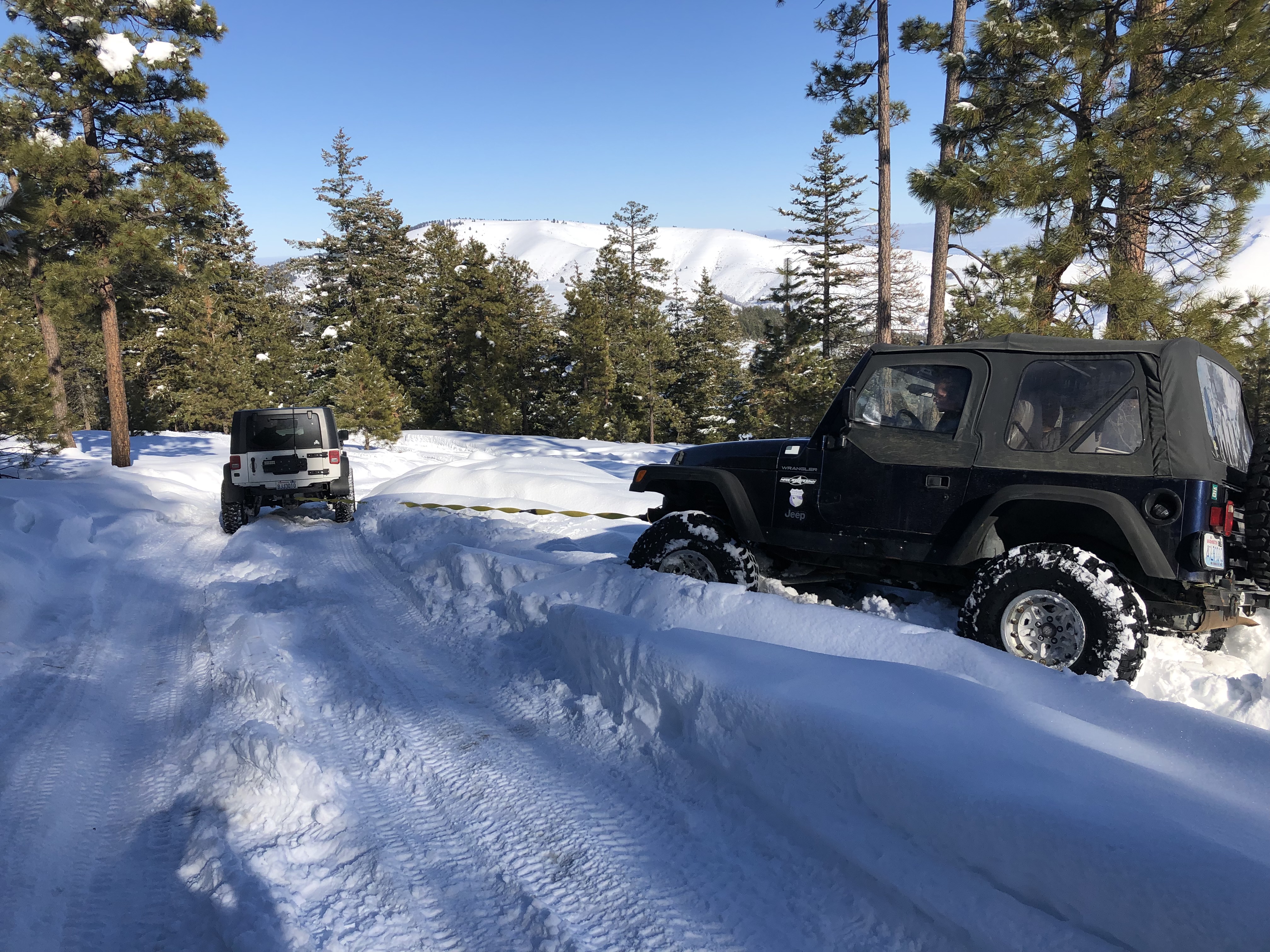 After a few more stucks on the way down the hill, we aired up again at the corrals and headed for town: 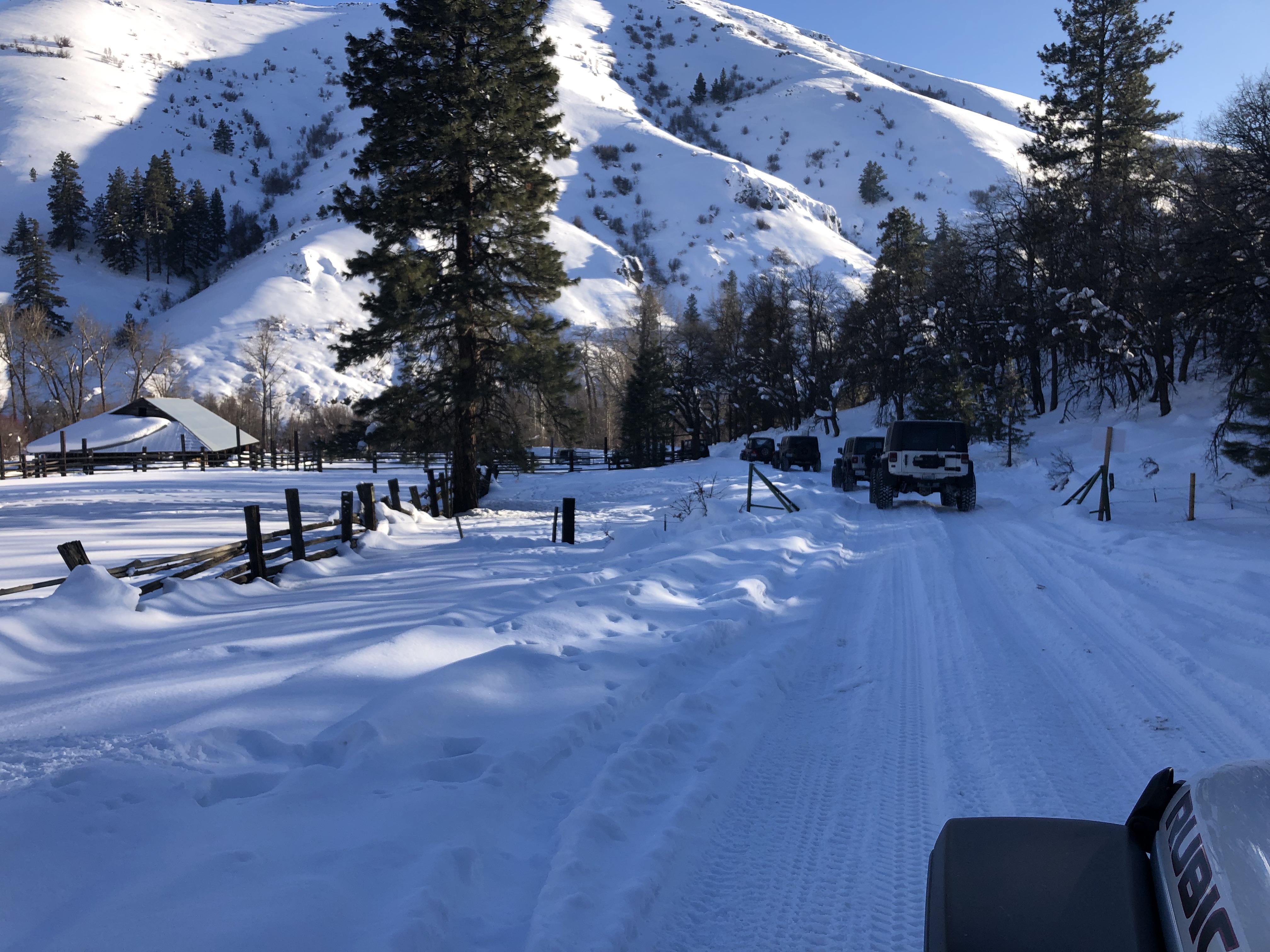 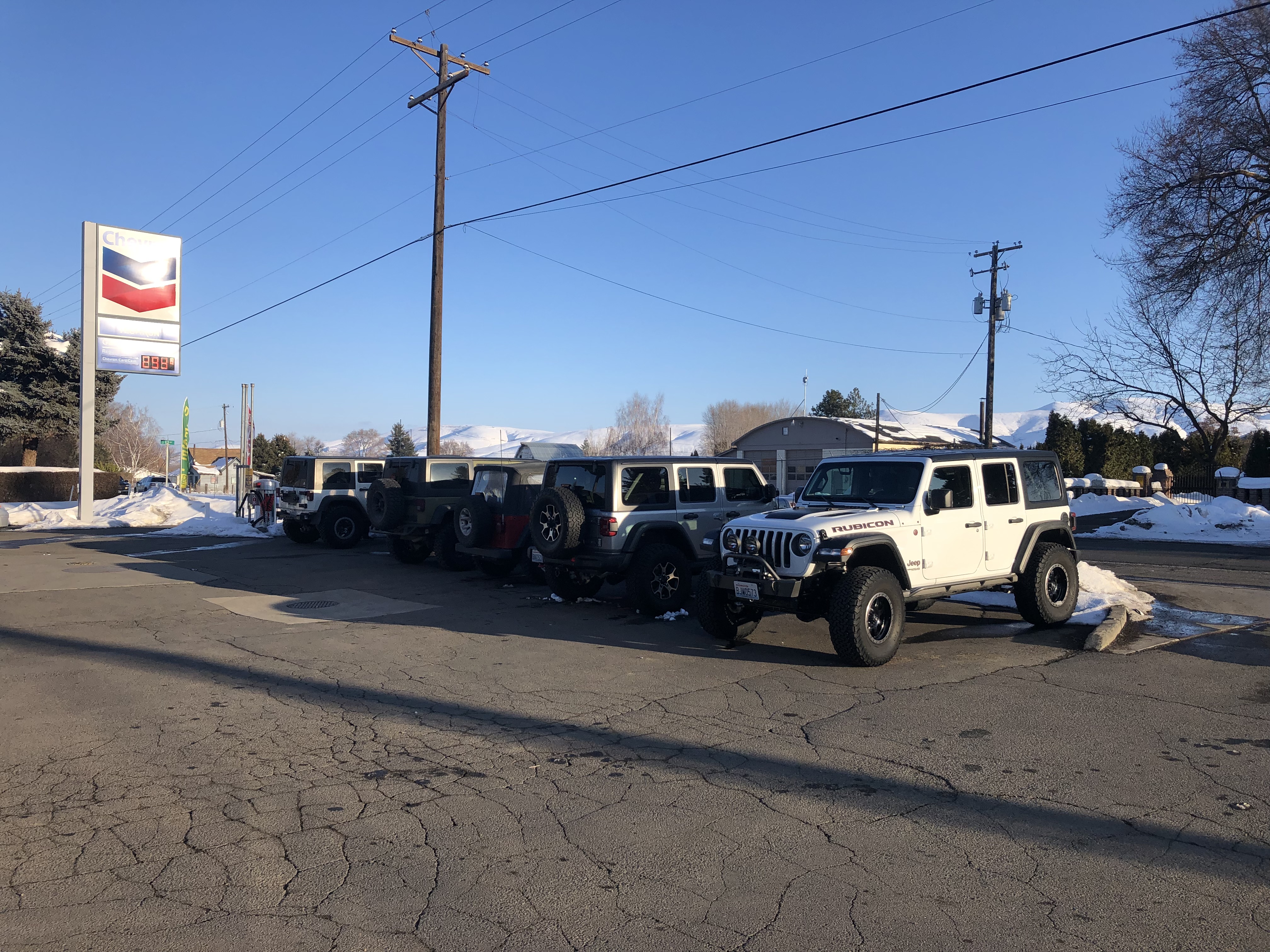 Overall it was an epic day in the hills. The snow conditions weren't ideal for great progress, but it sure was a lot of fun with a great group of friends. We convoyed home as the sun was setting behind us, make an almost surreal view as a reminder of the awesome day we'd just had: 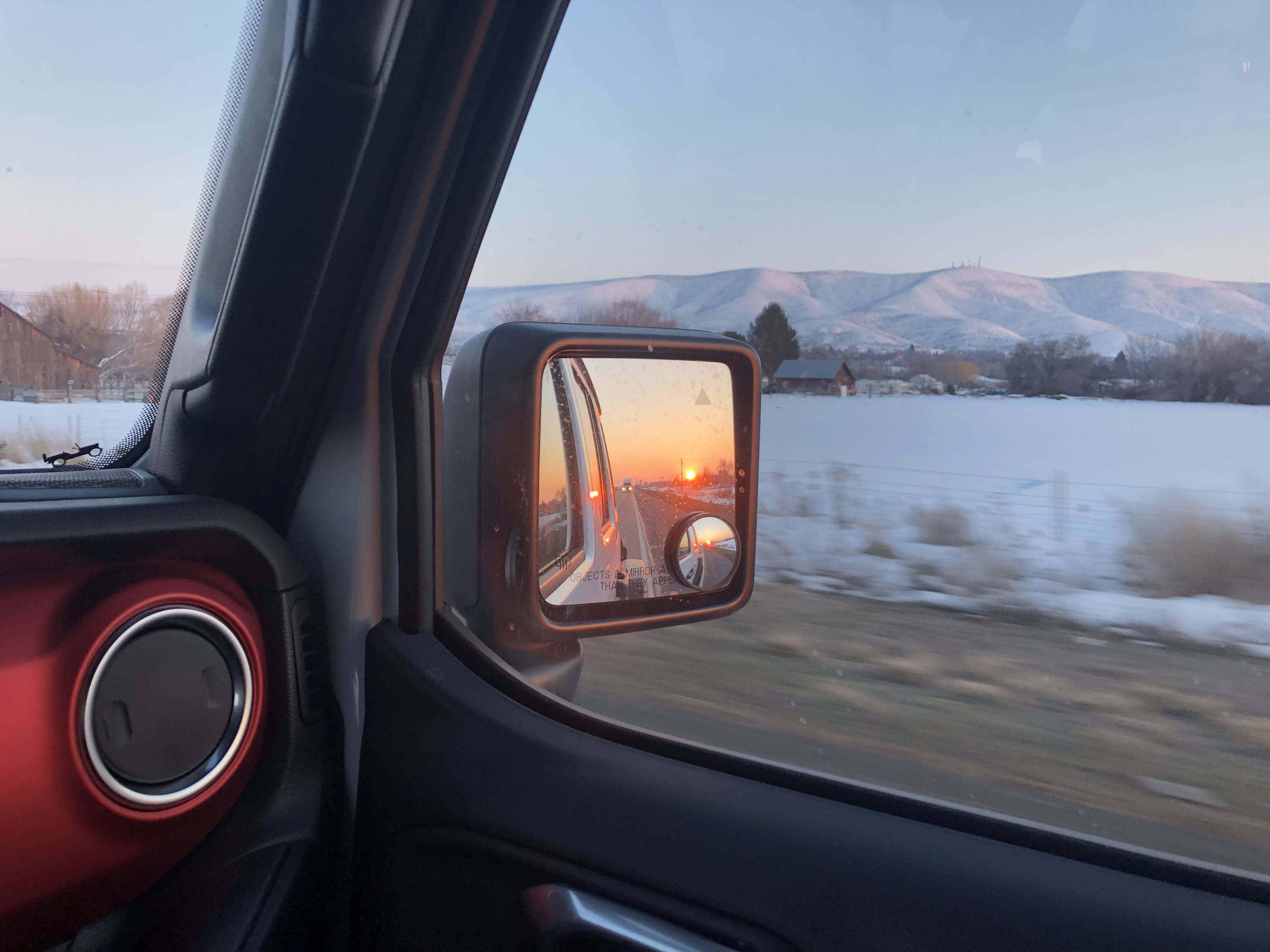