The Club meeting for July is Saturday 11th at 5pm and will be held in our pasture. See the Member’s Section Or message SPR For details

The group met up at the Richland Maverik for an 0730 launch. As we headed West on I-82, the fog was thick and the roads were just a little dicey. Watching the headlights in the mirrors provided evidence of some slipping and sliding going on behind me, so we kept off the cruise control and settled in for a slow and easy cruise. Every once in a while, the fog would break up and we'd catch glimpse of blue sky and be able to see the thick fog bank hovering over the river: 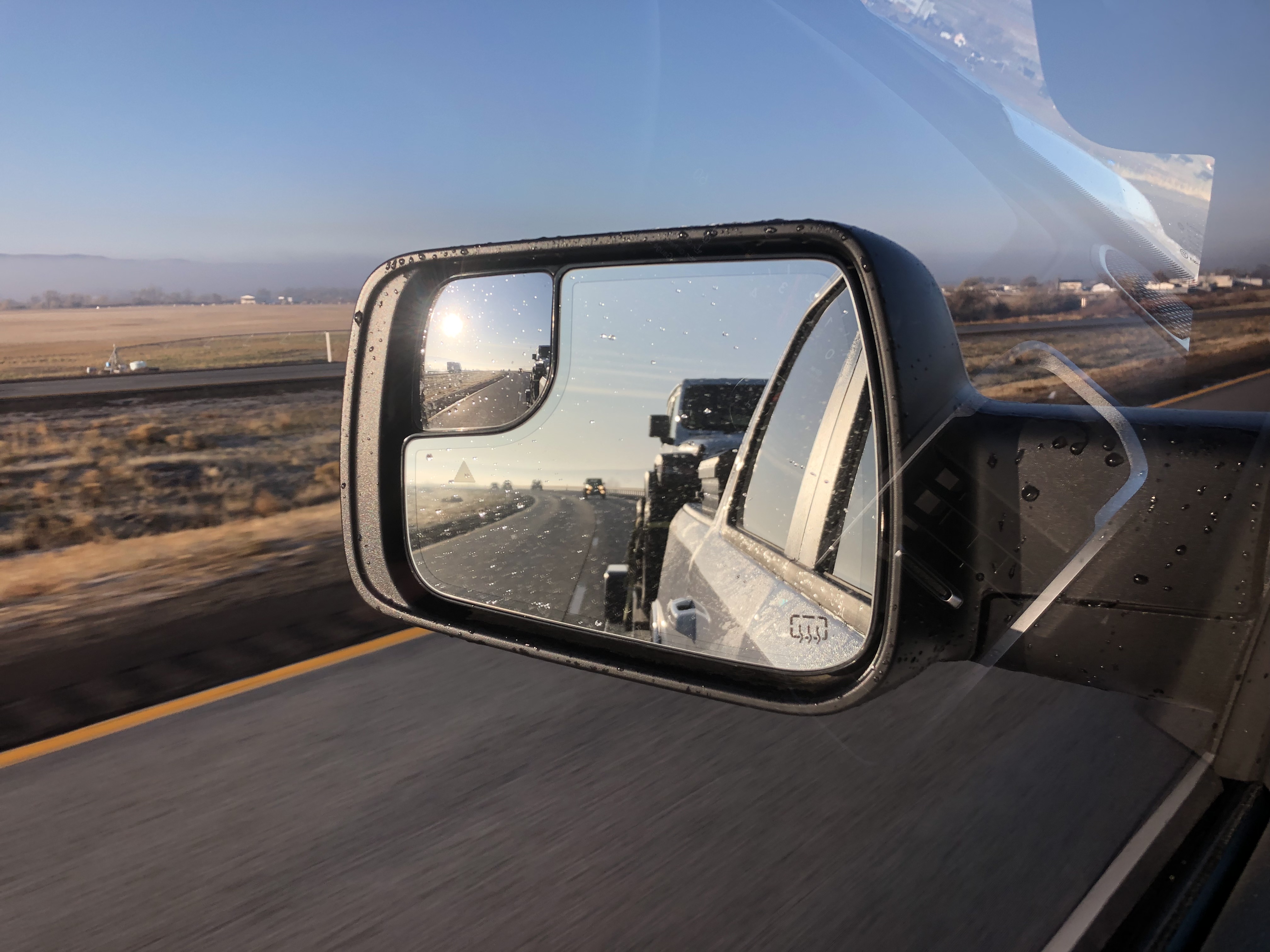 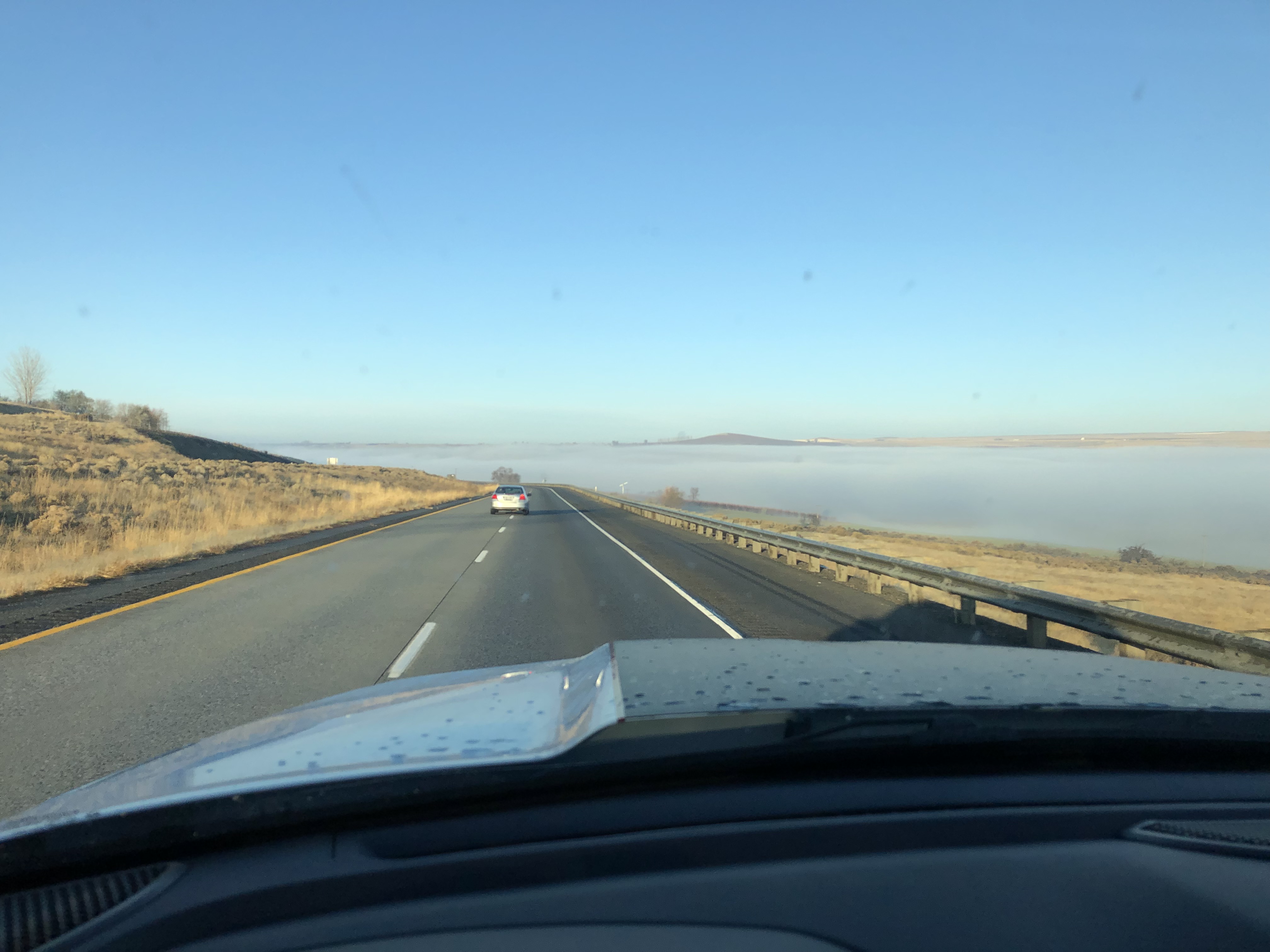 I dumped the tow pig at the Tampico church, and we headed up toward the snow park: 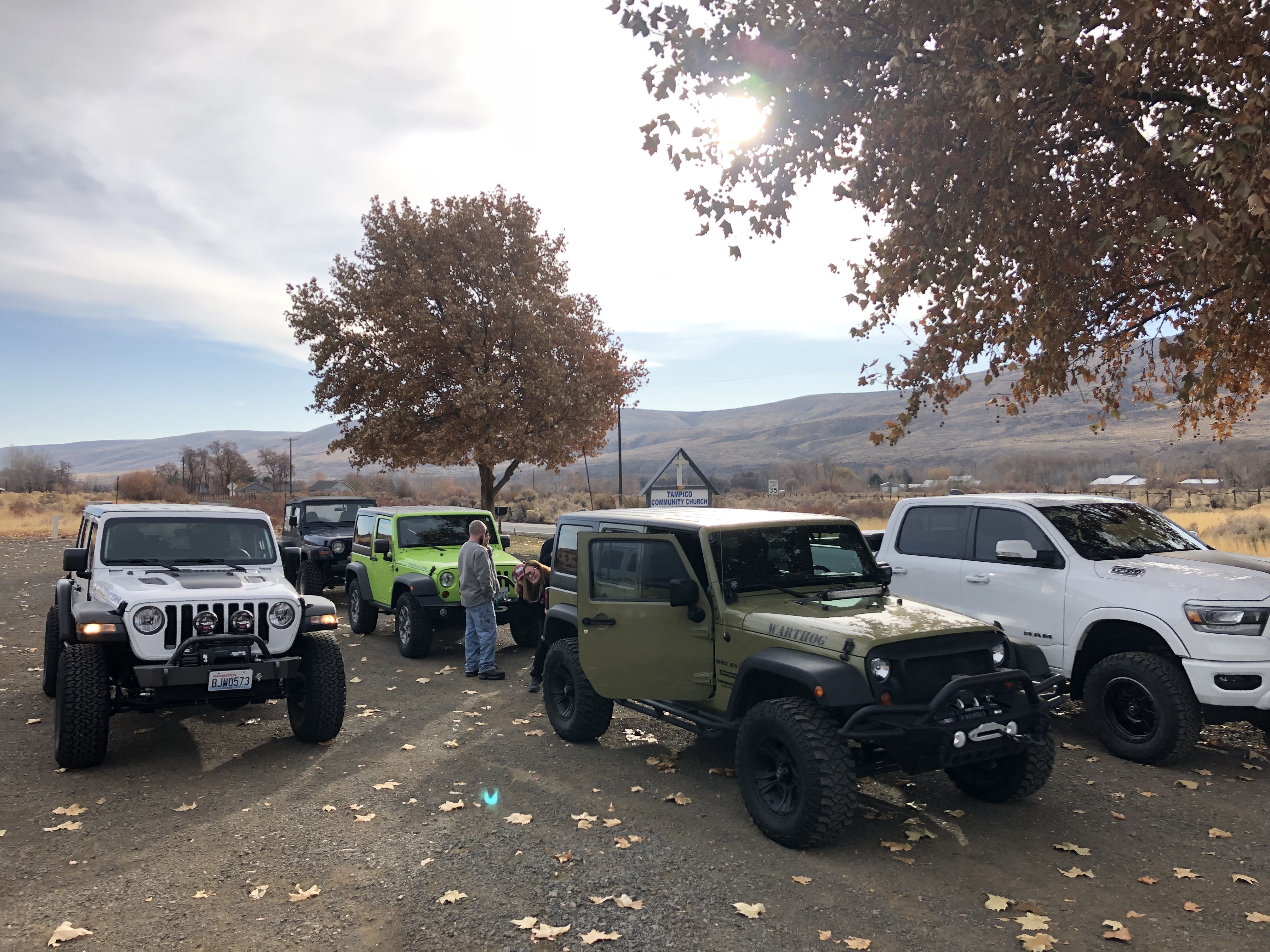 We headed up the Middle Fork, and found a light dusting of snow as we approached Tree Phones and Eagles Nest. We took the quick detour to the view point and that is where we aired down for the day. Even with heavy overcast skies, we had a great view from up there: 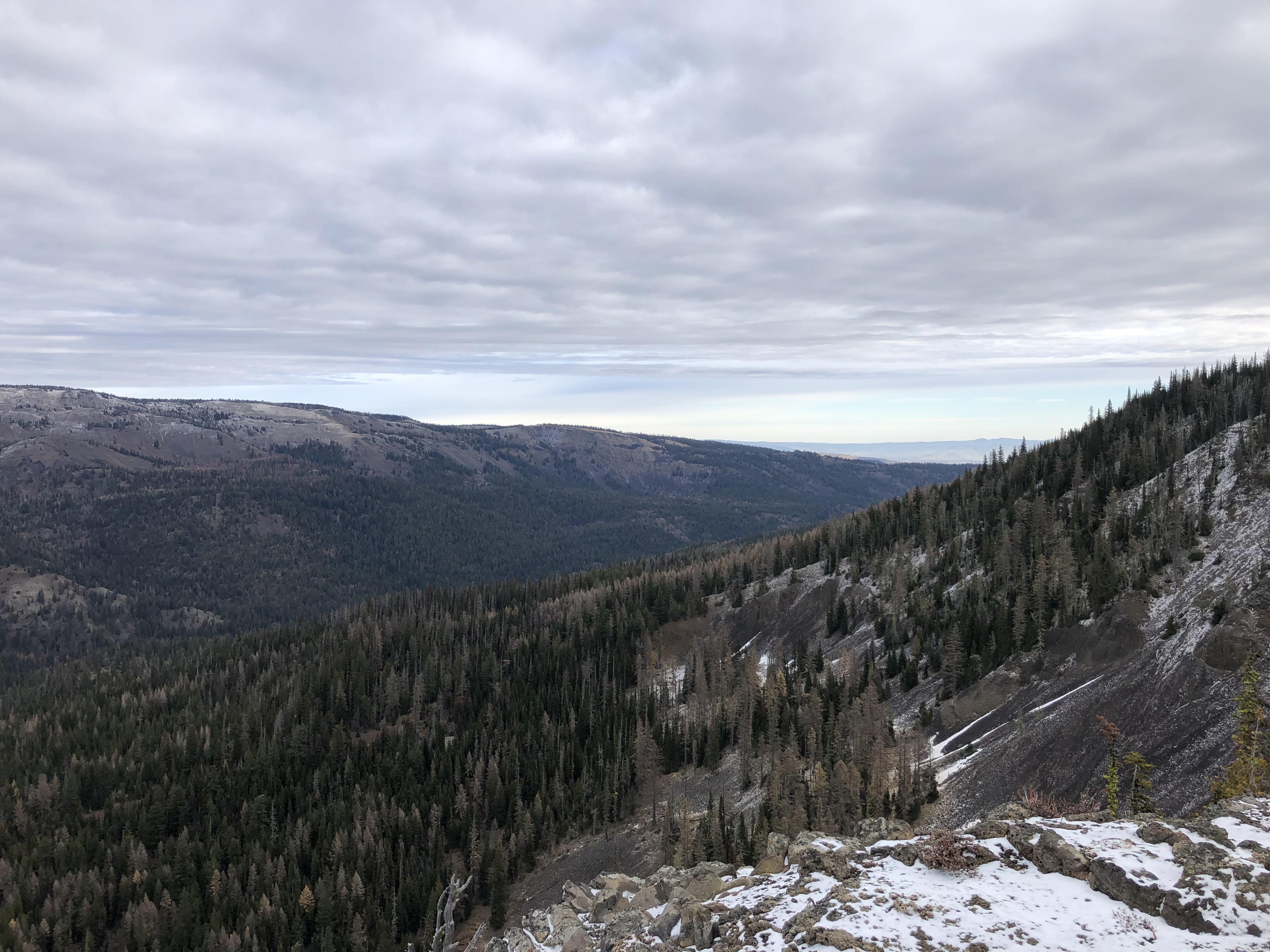 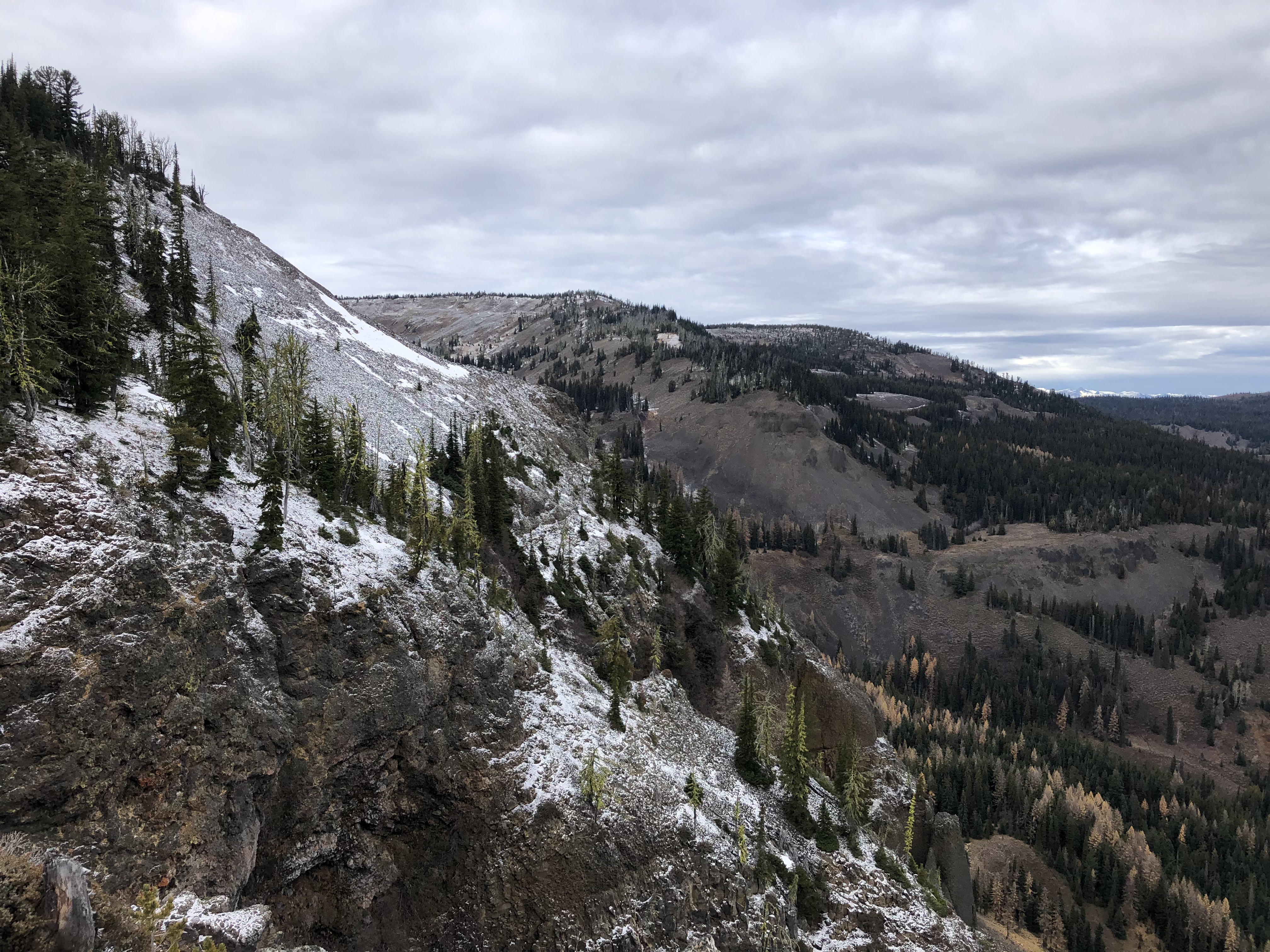 In very atypical fashion, we rapidly made our way up to the summit of Darland. We all have many, many fond memories of this stretch of road taking hours, or not even making it at all, but today it was easy going. From the top we had incredible 360-degree views, and could even see a clear shot of Saint Helens: 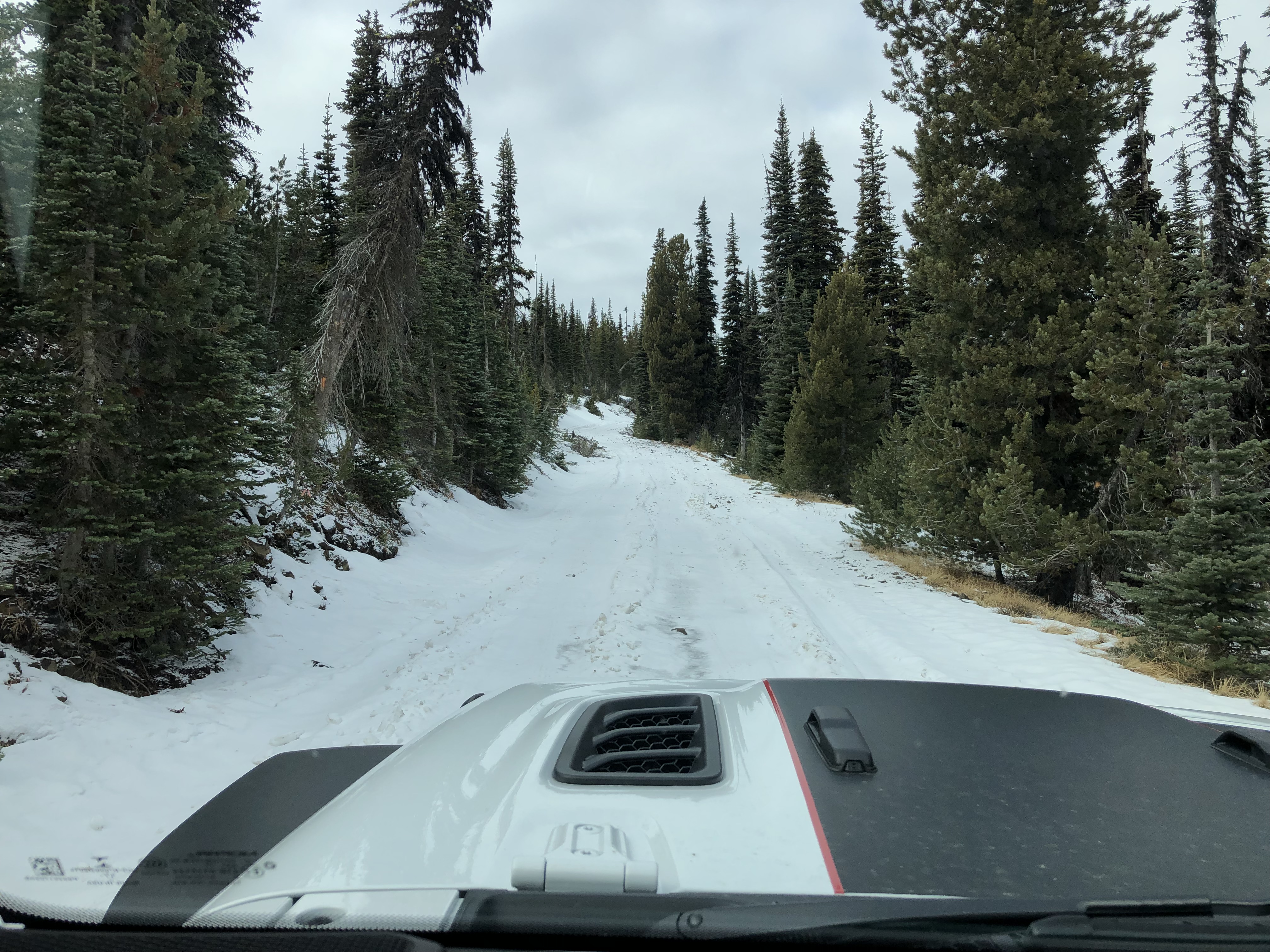 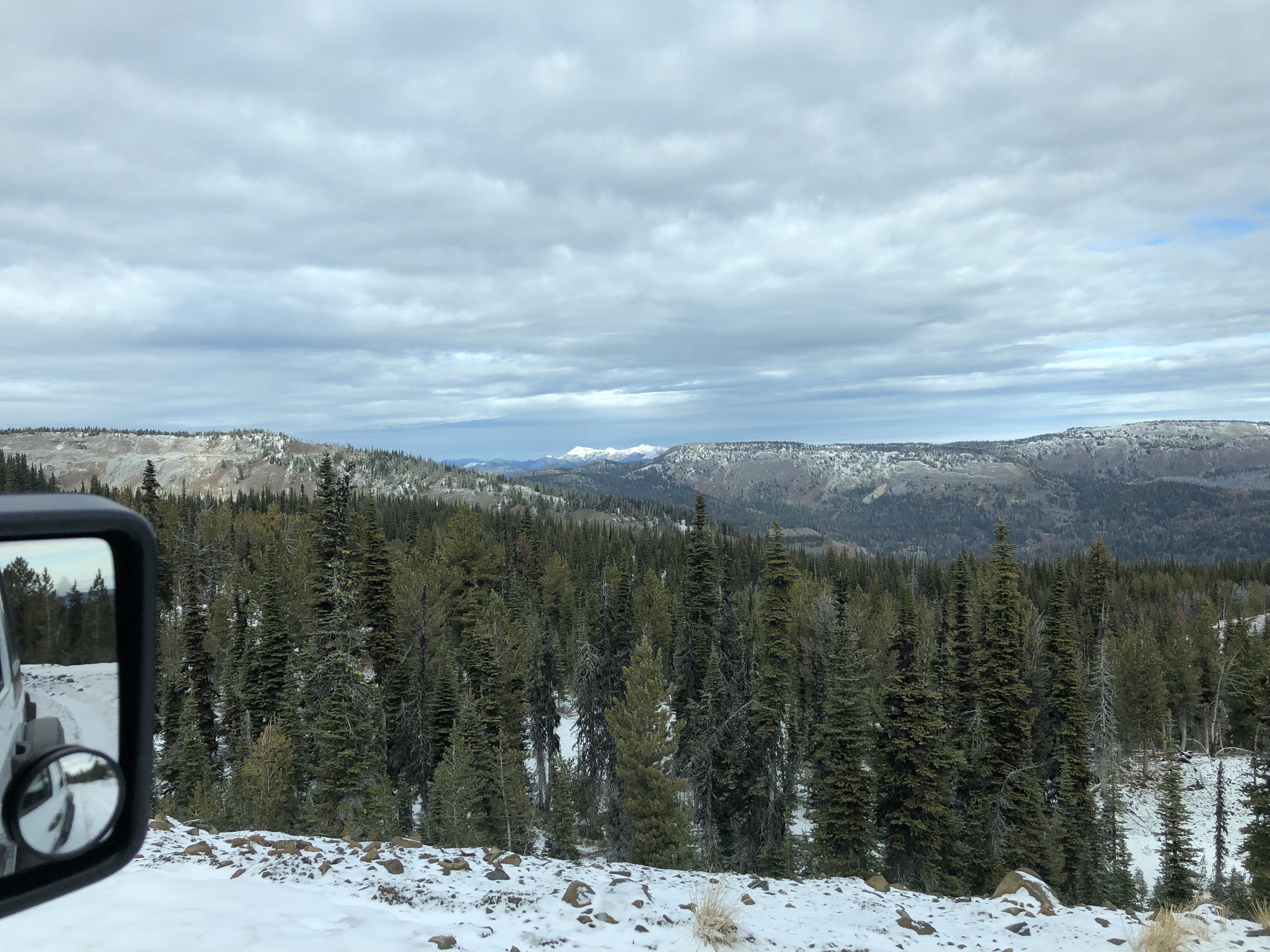 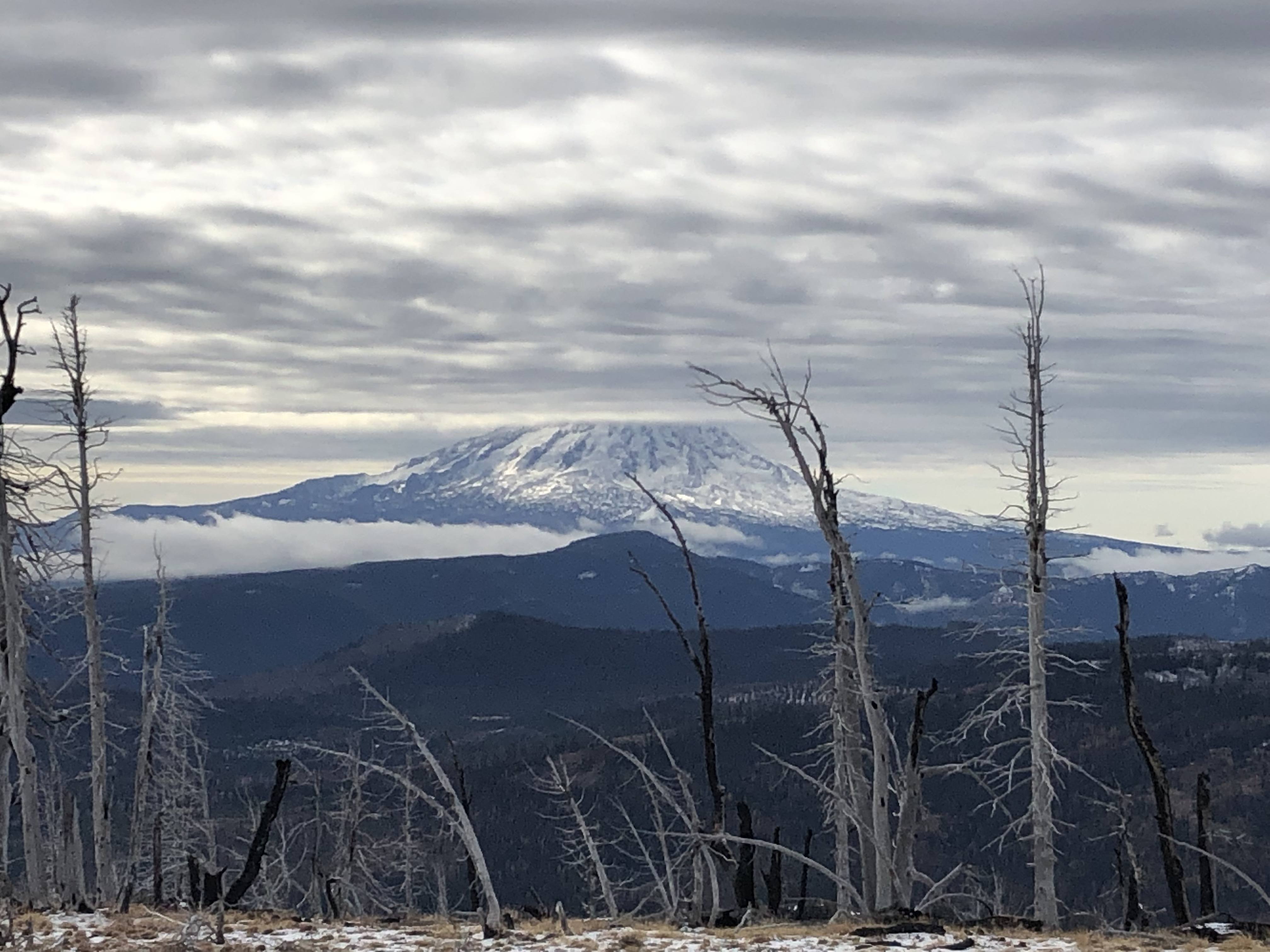 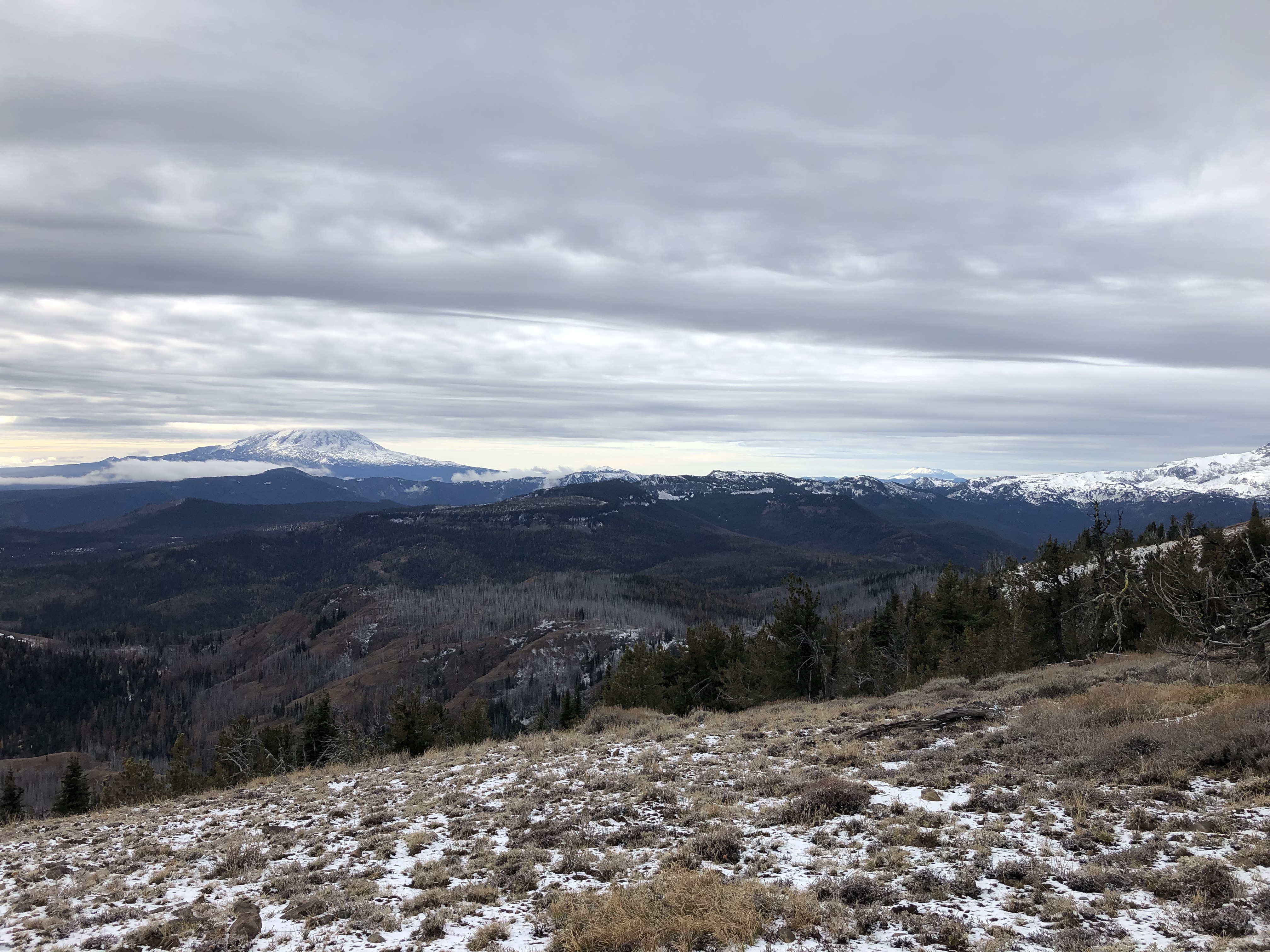 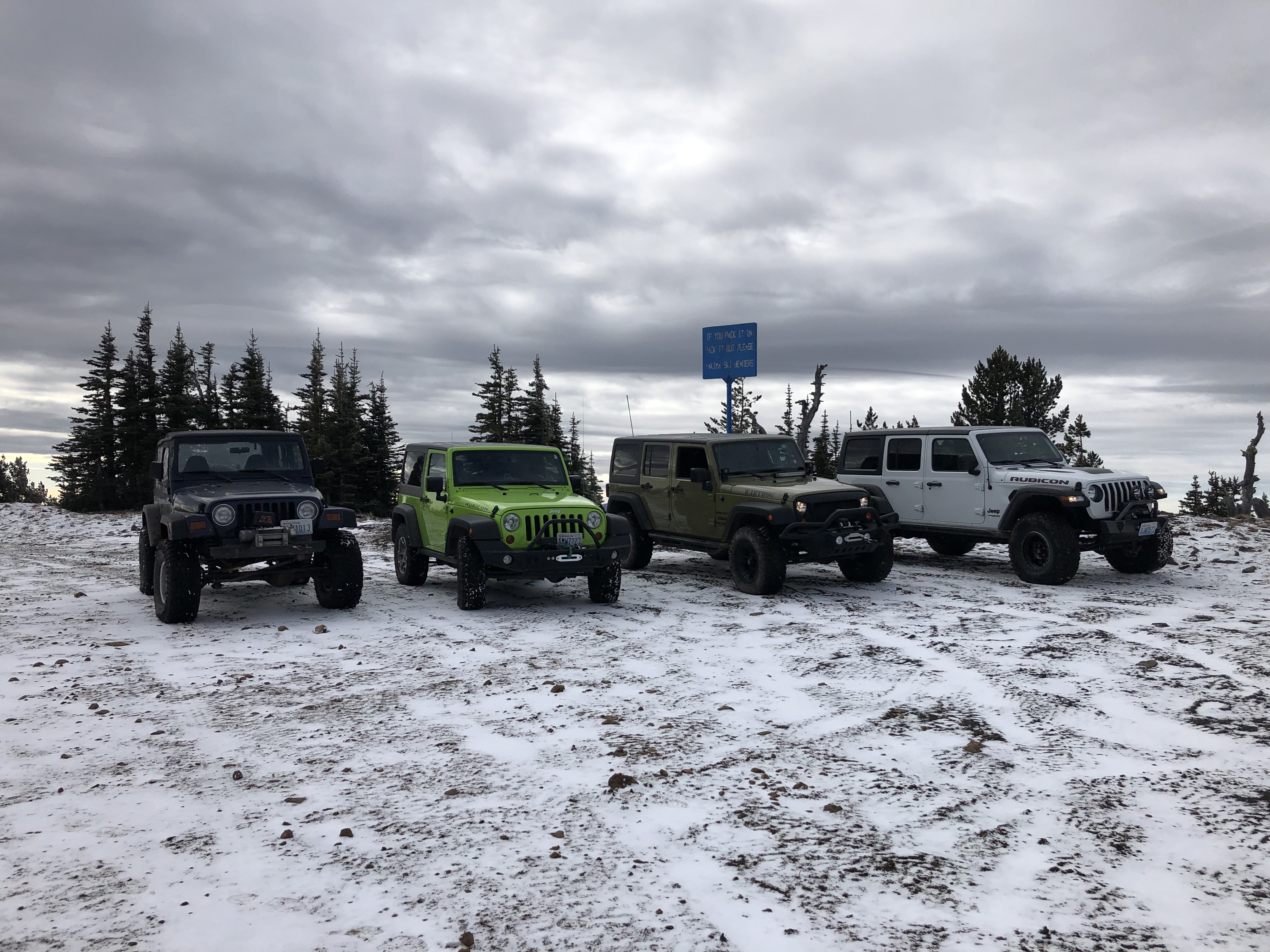 From there we made our way down to Blue Lake for some lunch and a warm fire. It was odd to have actually chosen a spot for lunch, rather than having to eat wherever forward progress ceased:

The climb up to the snow cabin was probably the highlight of the day in terms of wheeling, as the very last ledge near the summit was a little too greasy to truly crawl, requiring just a touch of the momentums and some wheelspeed to carry you up and over. The views from the top were again amazing: 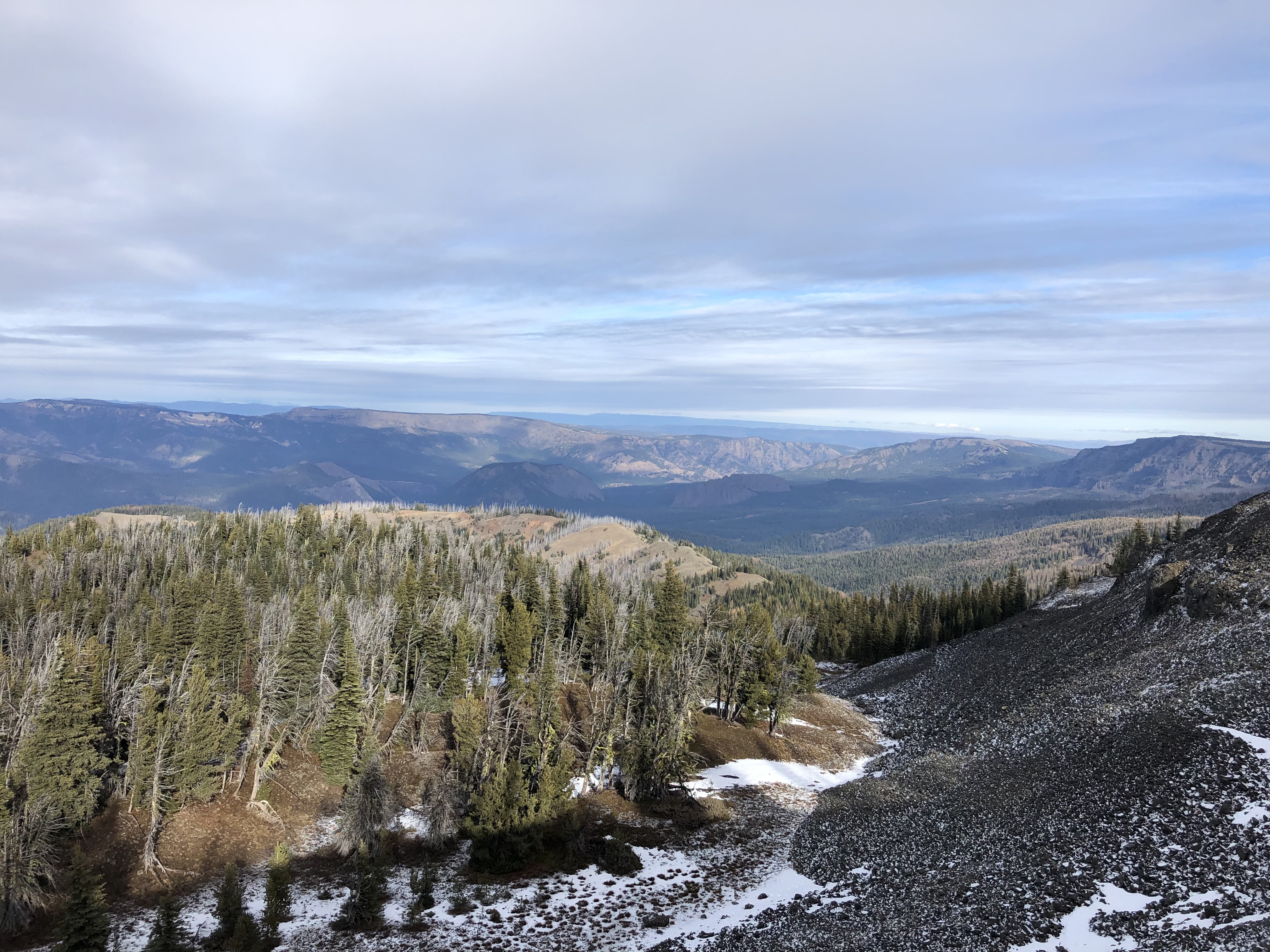 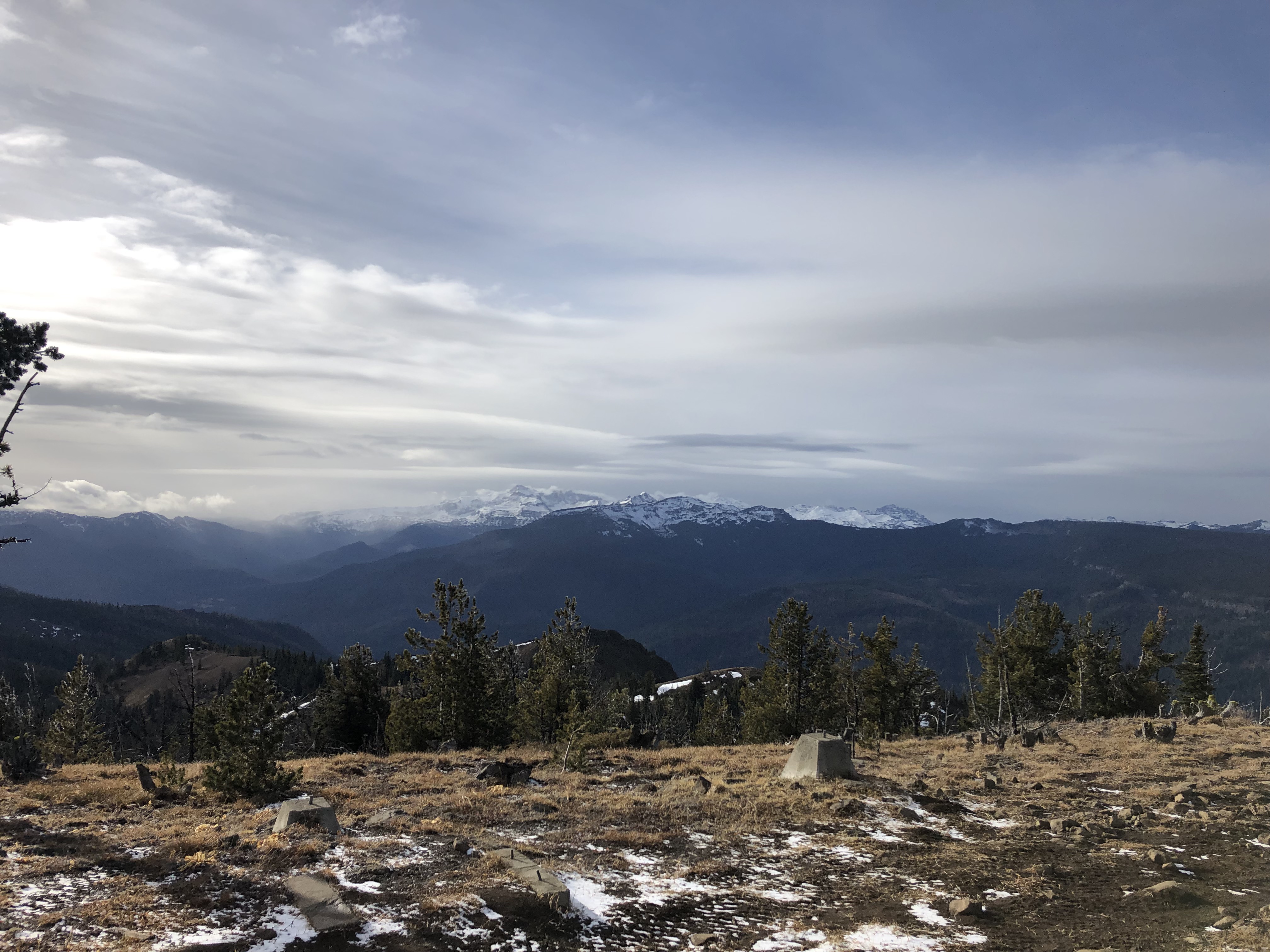 We trundled East and made our way back toward Ewe Neck and Jackass, stopping at the viewpoint to look out over Rim Rock Lake: 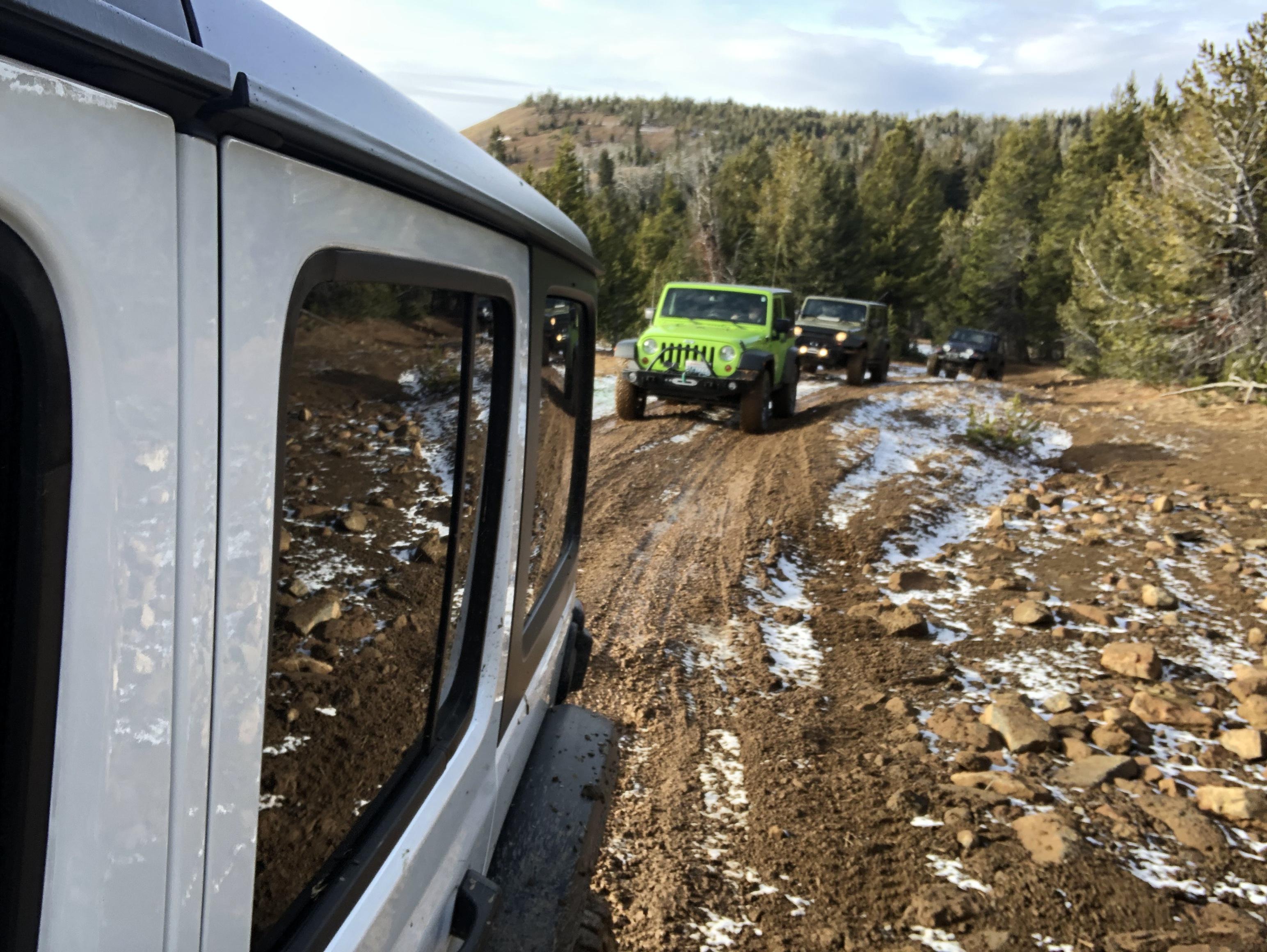 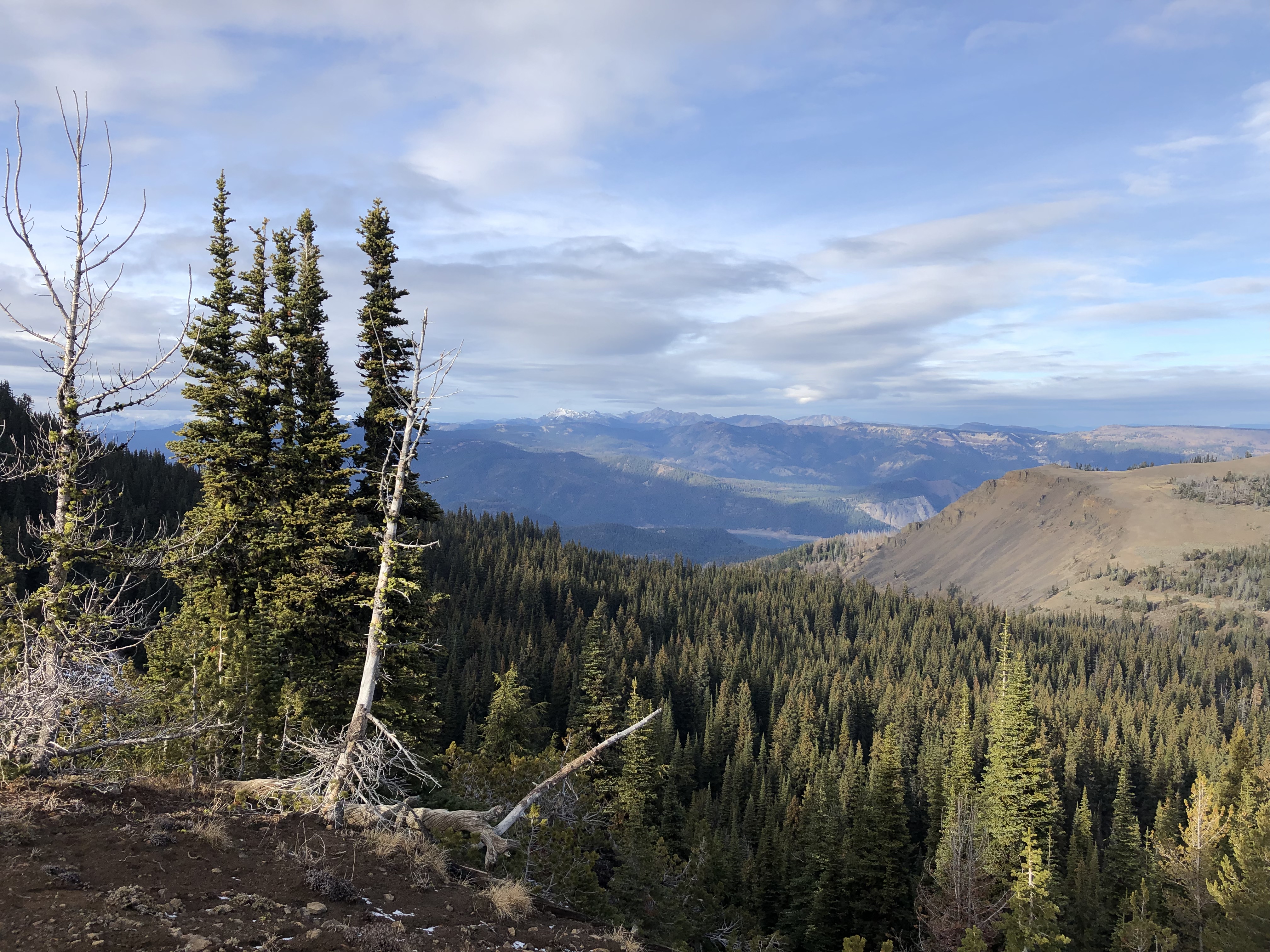 Part of the way down Jackass, we stopped for a quick bio-break and to put the rigs back in 2wd. The mud for the day hadn't been thick or deep, but it was sticky: 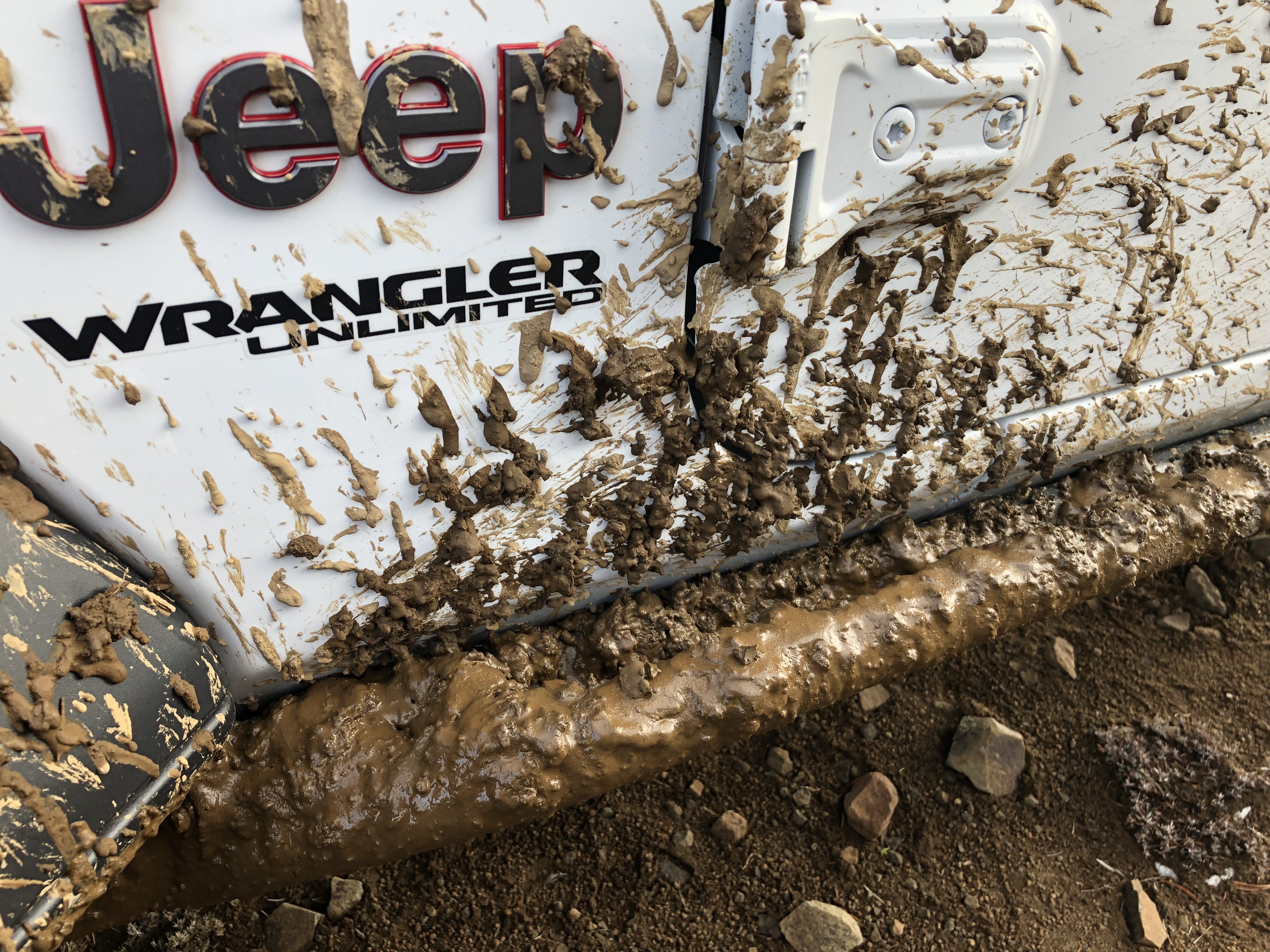 We made our way down to the North Fork pavement and eased our way back to the church on low-pressure tires. I loaded the bus back up on the trailer while everyone else added the psi's, and we rolled out for home around 3:30pm. Overall it had been another fantastic day in the hills, and I can't wait until the snow flies to try it again