The Club meeting for July is Saturday 11th at 5pm and will be held in our pasture. See the Member’s Section Or message SPR For details

With abundant sunshine in the forecast, a plan was hatched to head up in elevation and czek out the snow situation. The group assembled at the West Richland Maverik for a prompt 0730 departure, under a beautiful clear dawn sky. In attendance were OG, Rottwheeler, and Kenny making a guest appearance in his spiffy new Gladiator! It had spent a few too many minutes in my shop a few weeks back, resulting in the installation of a 3-1/2" Rubicon Express suspension lift, so it was high time to get that thing into the hills and see what it was made of!

Always love seeing a line of Jeeps in the mirror: 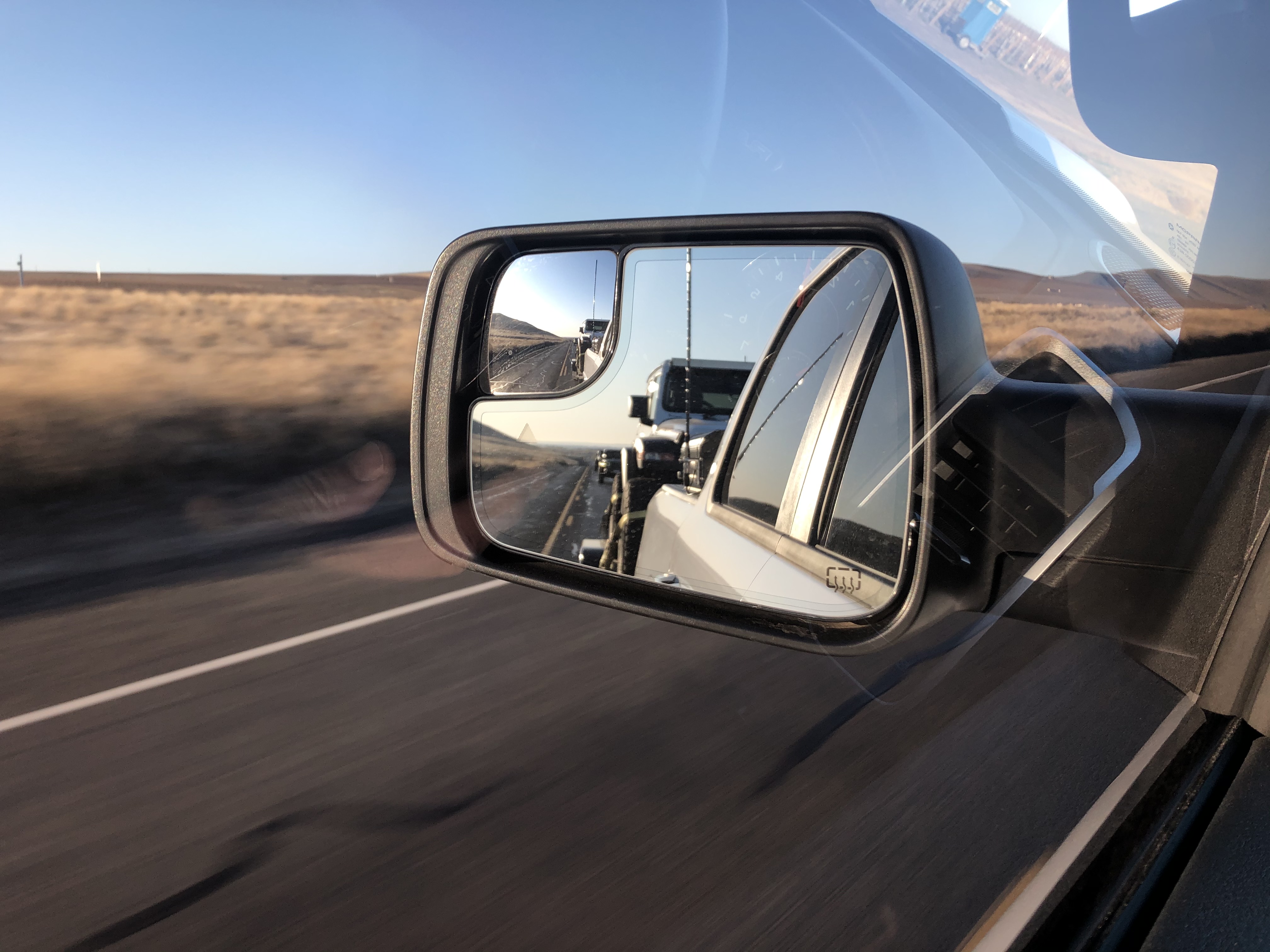 We stopped at the parking lot just past Windy Point campground to unload my station wagon, and remove the psi's in anticipation of some epic snow wheeling: 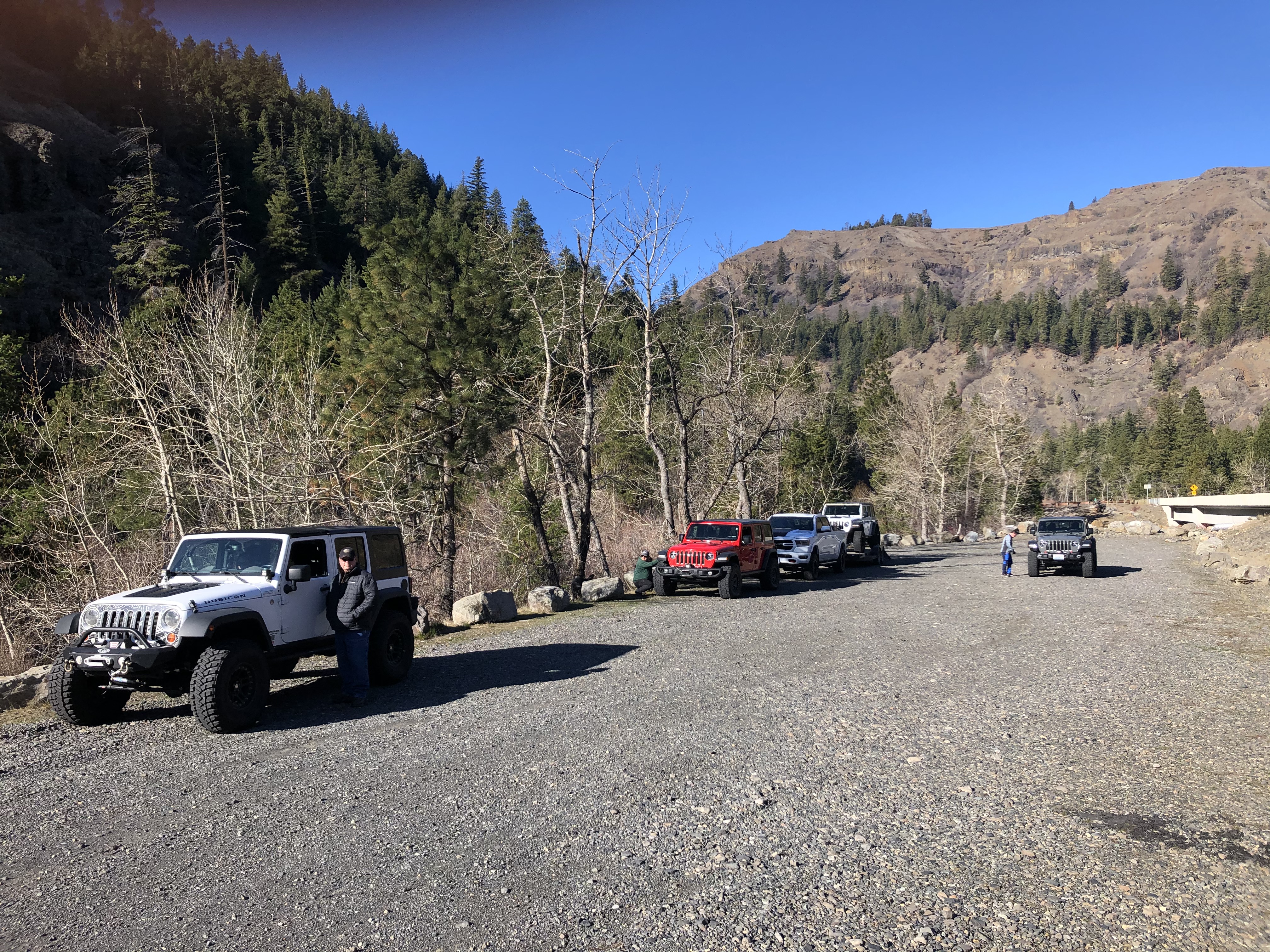 As we headed up FS-1302, the conditions were dry and dusty: 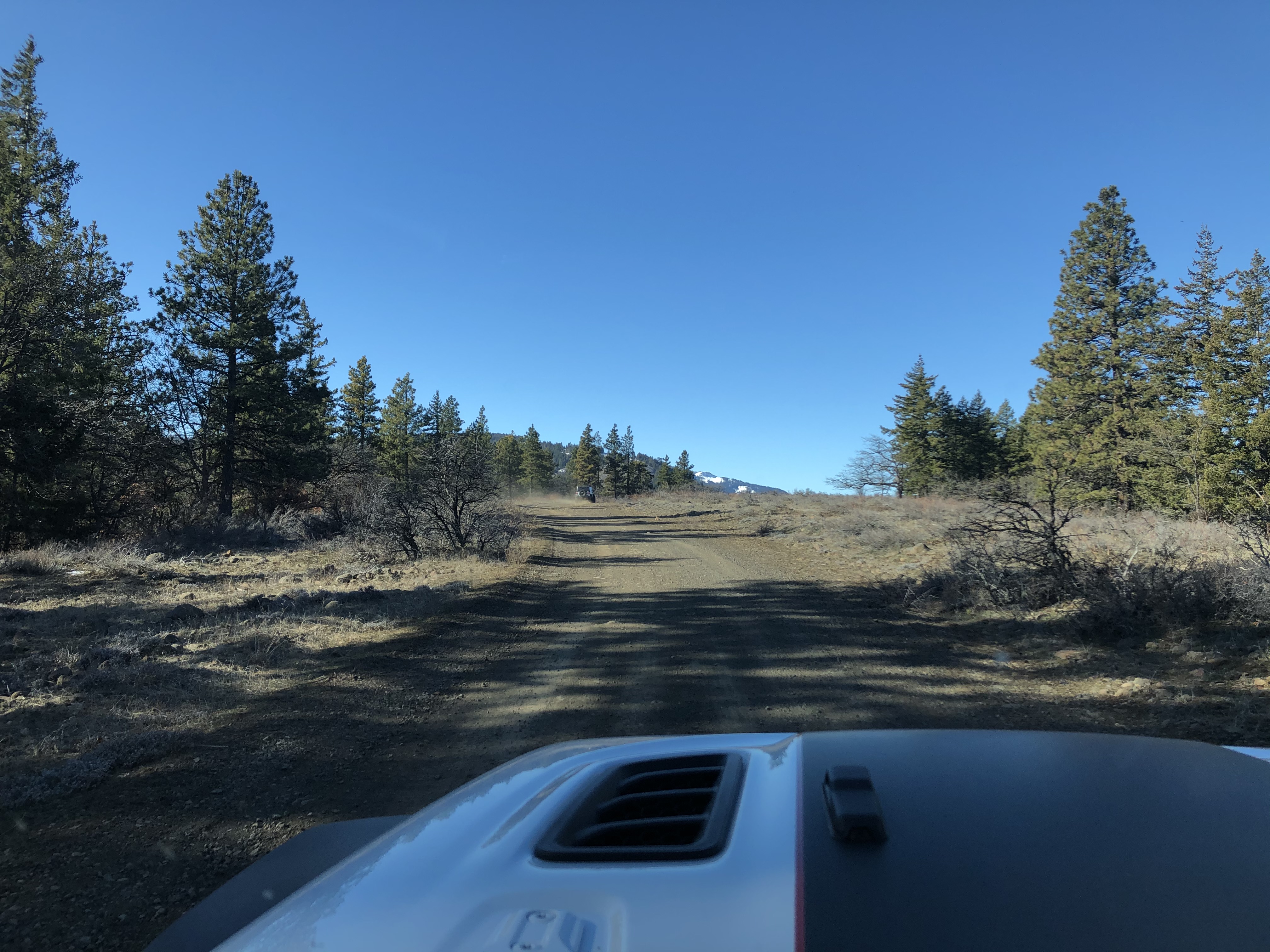 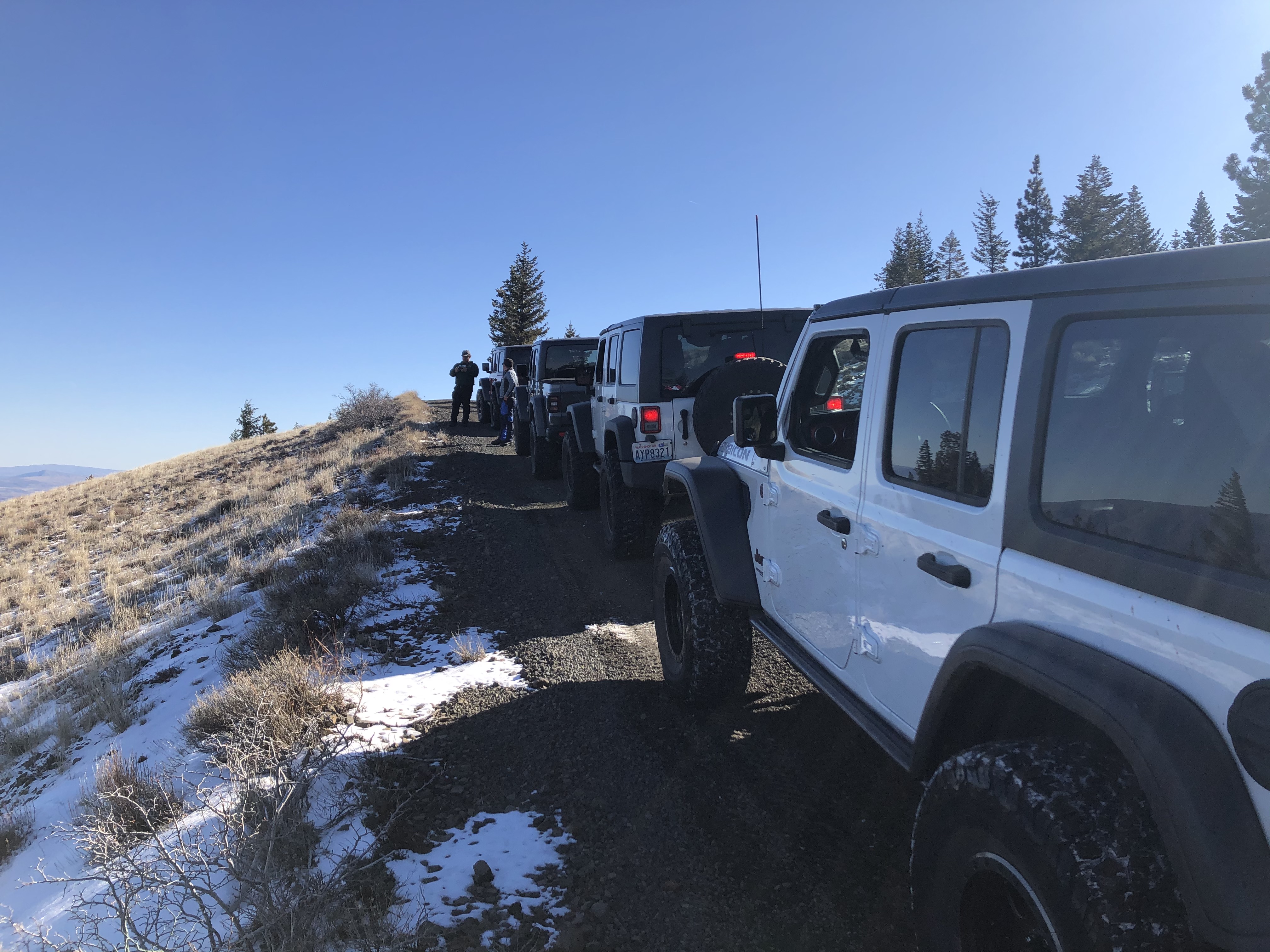 Luckily it wasn't too much further before we started to see a little more of what we had come for: 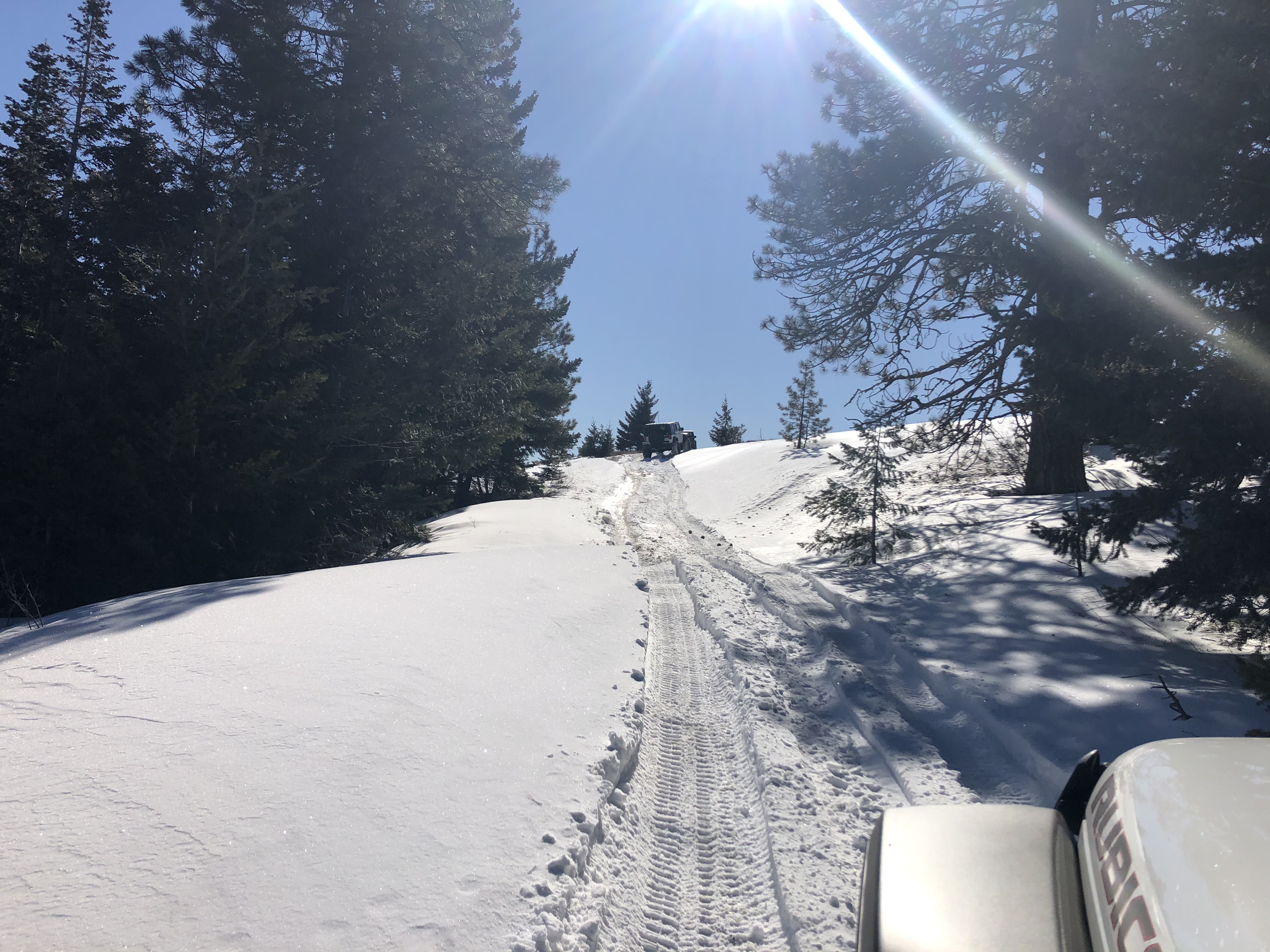 Some amazing views from up there on this absolute blue bird day: 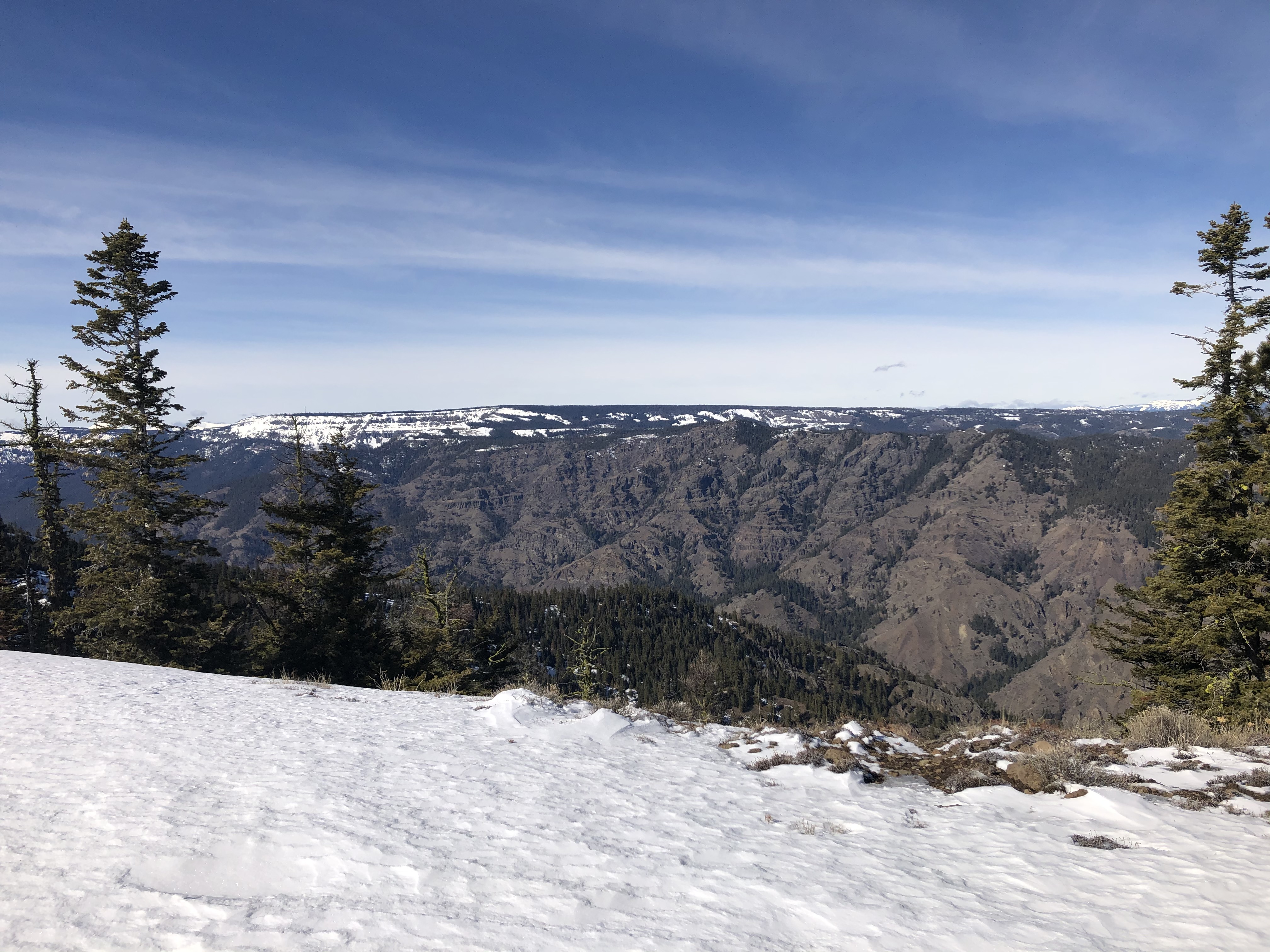 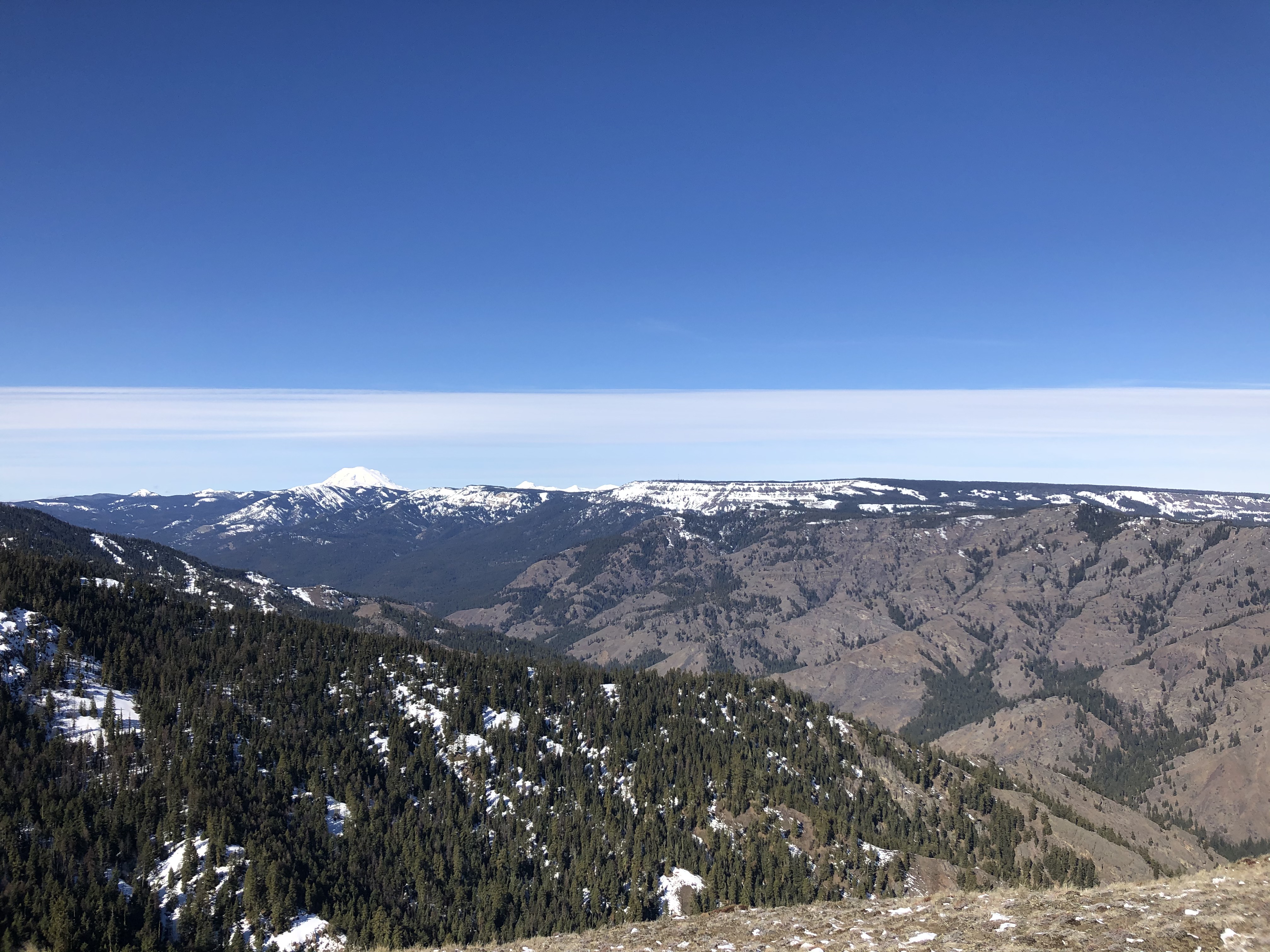 As we trundled along the ridge-top, it was easy to see the drifts and bare spots caused by what must be unbelievable winds up there on a typical day. Thankfully for us it was nearly dead calm: 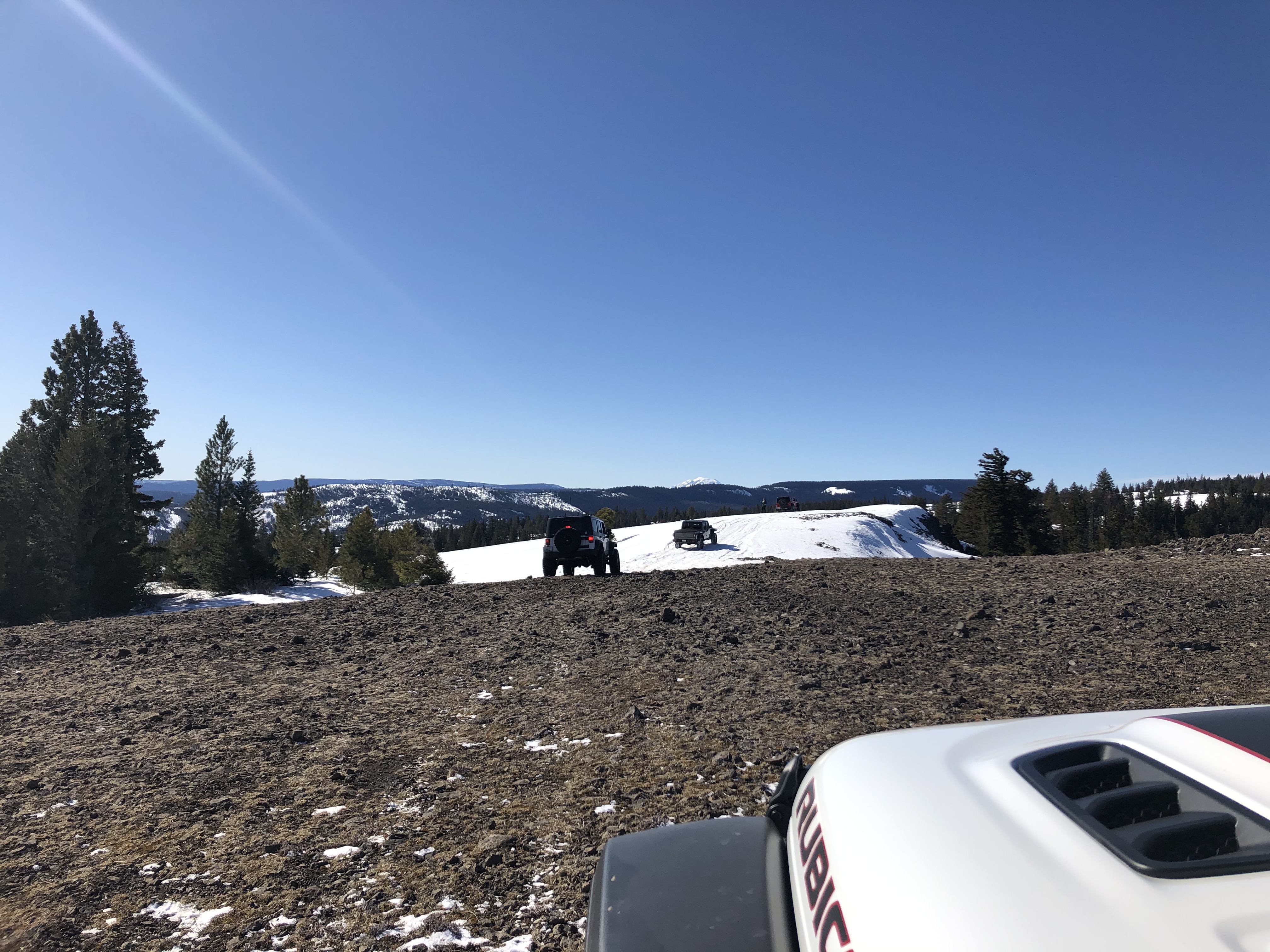 With boredom getting the better of him, OG decided to take a creative route that was actually the route, and got the dubious honor of first stuck for the day: 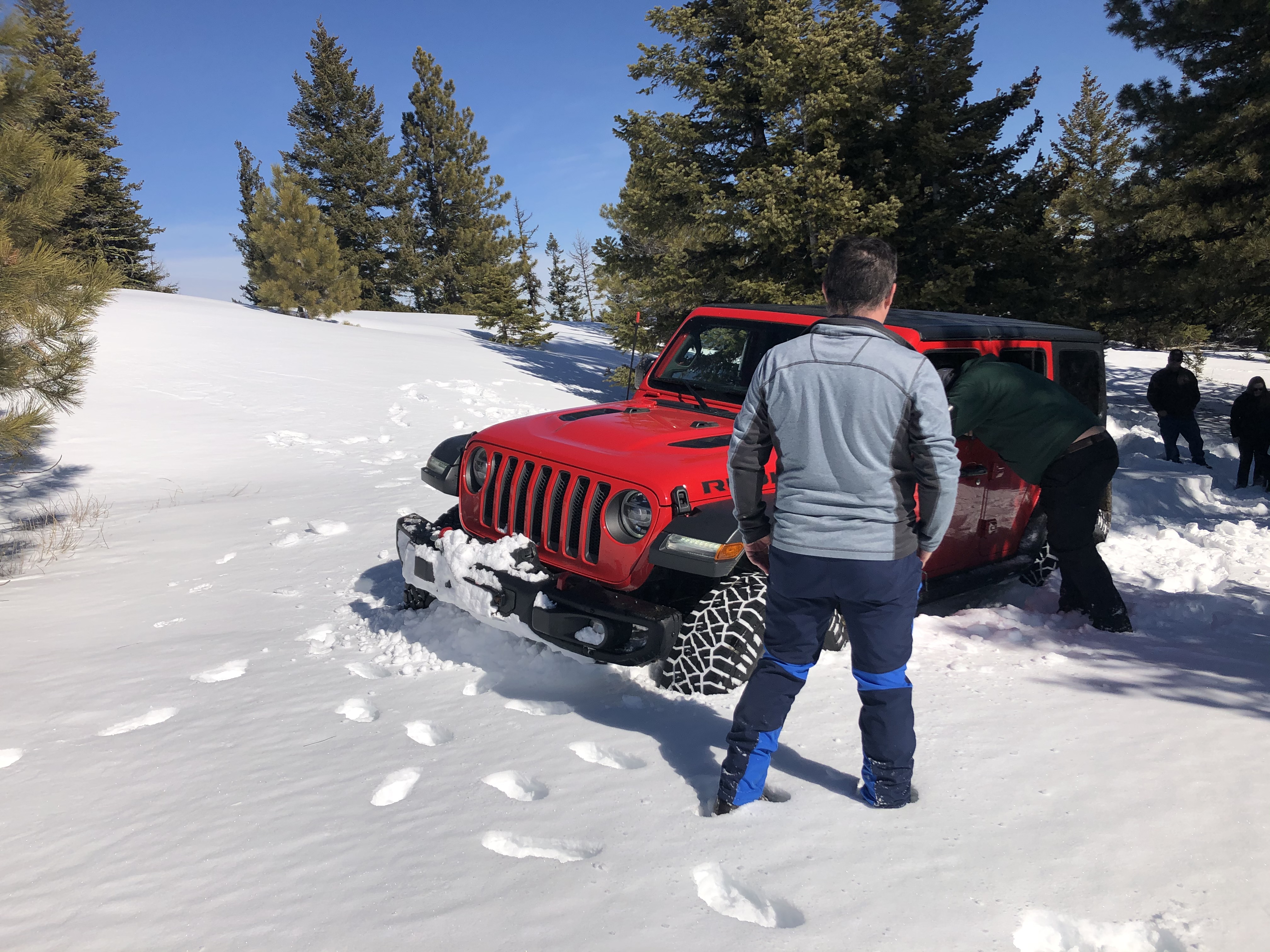 About 17 seconds later the winch was sucked back in and we were on our way further up the hill: 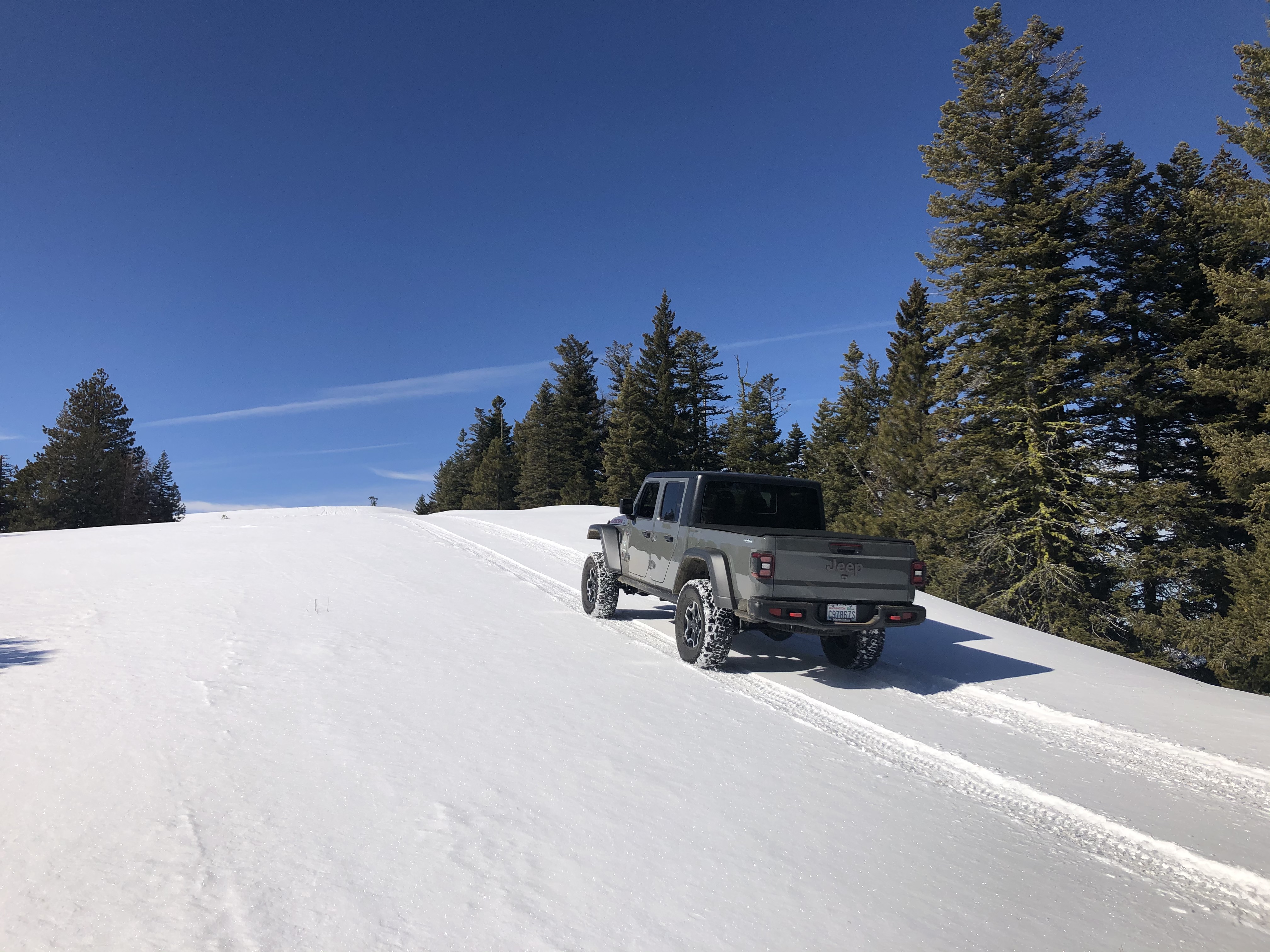 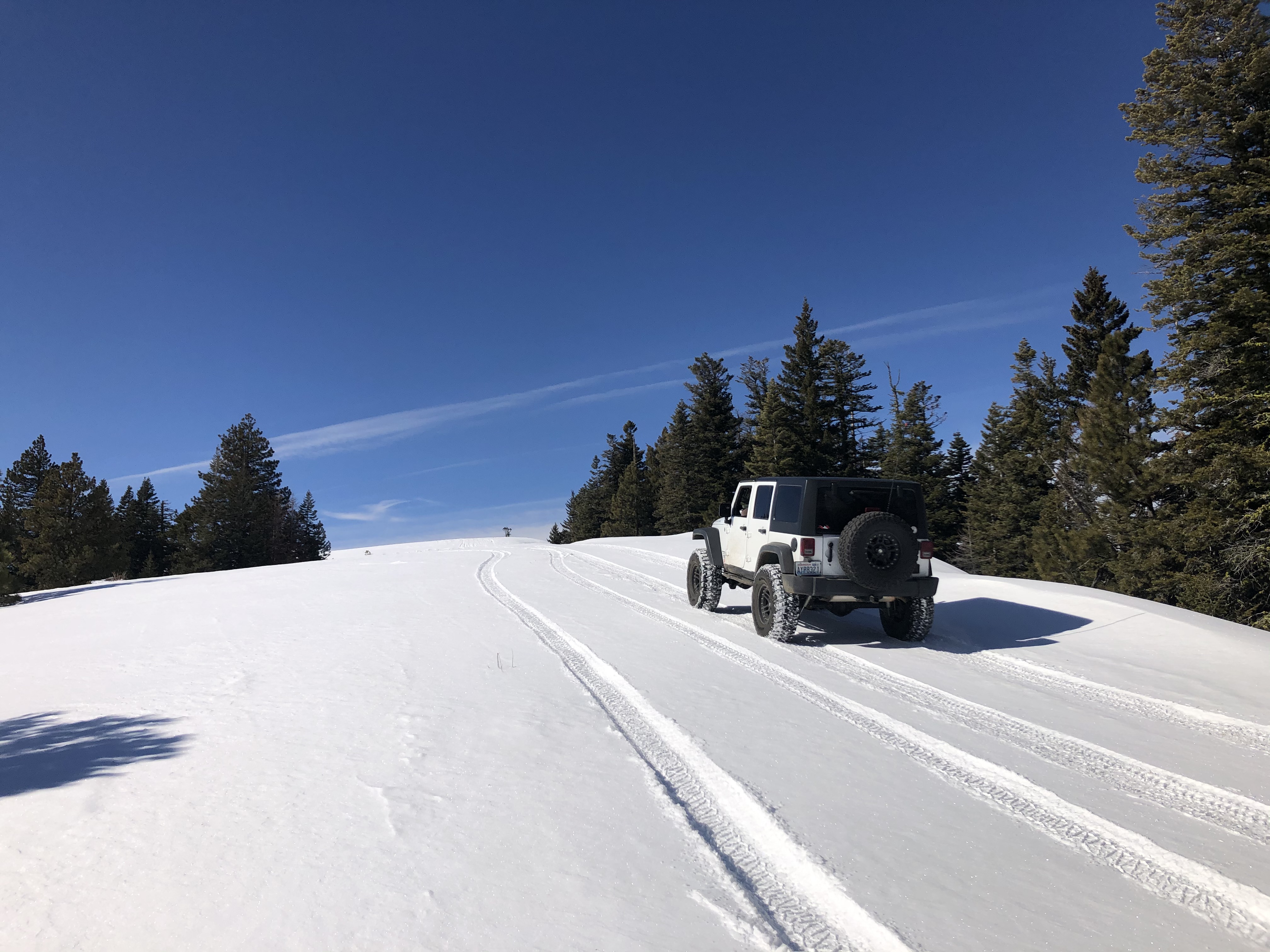 Sadly, that's about where this one ends in terms of photographic evidence. The snow just wasn't really a thing today, potentially indicating a dry and dusty wheeling season ahead... We ate lunch at the intersection of FS-1302 and the side-spur that takes you to the lookout, but that sidehill was a non-starter. Another group of wheelers caught up to us about the time we were finishing lunch, and we played cat and mouse with them the whole way back down the hill. OG took an alternate route down and ended up in Naches about 45 minutes sooner than the rest of us, some of which can be attributed to having to air up both Rottwheeler and Kenny with my backup 12v compressor, as the compressor on my Powerplant winch decided to abruptly stop powerplanting

Still beats a day on the couch!!

The sun was setting hard as I took the freeway exit back into West Richland: 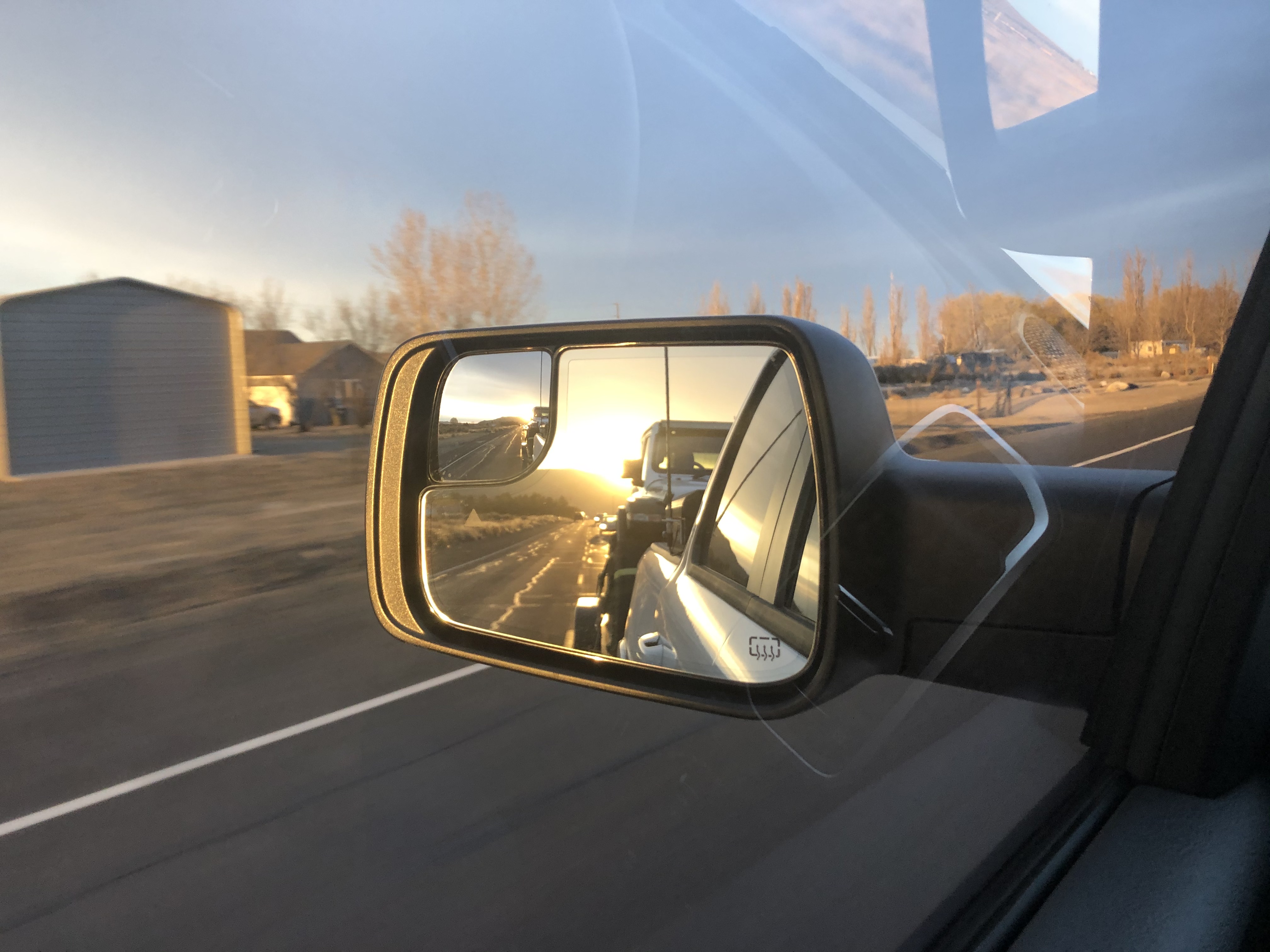