Sometimes you just have to GTFO... Such was the case on this particular Wednesday, and so we did. Meeting up at the Maverik slightly ahead of the scheduled 0700 departure, we rapidly headed West on I-82 as the sun crept up behind us. With the cruise control set within a reasonable margin of the posted limit, we made great time to Hwy 410, where the fall colors are just starting to show: 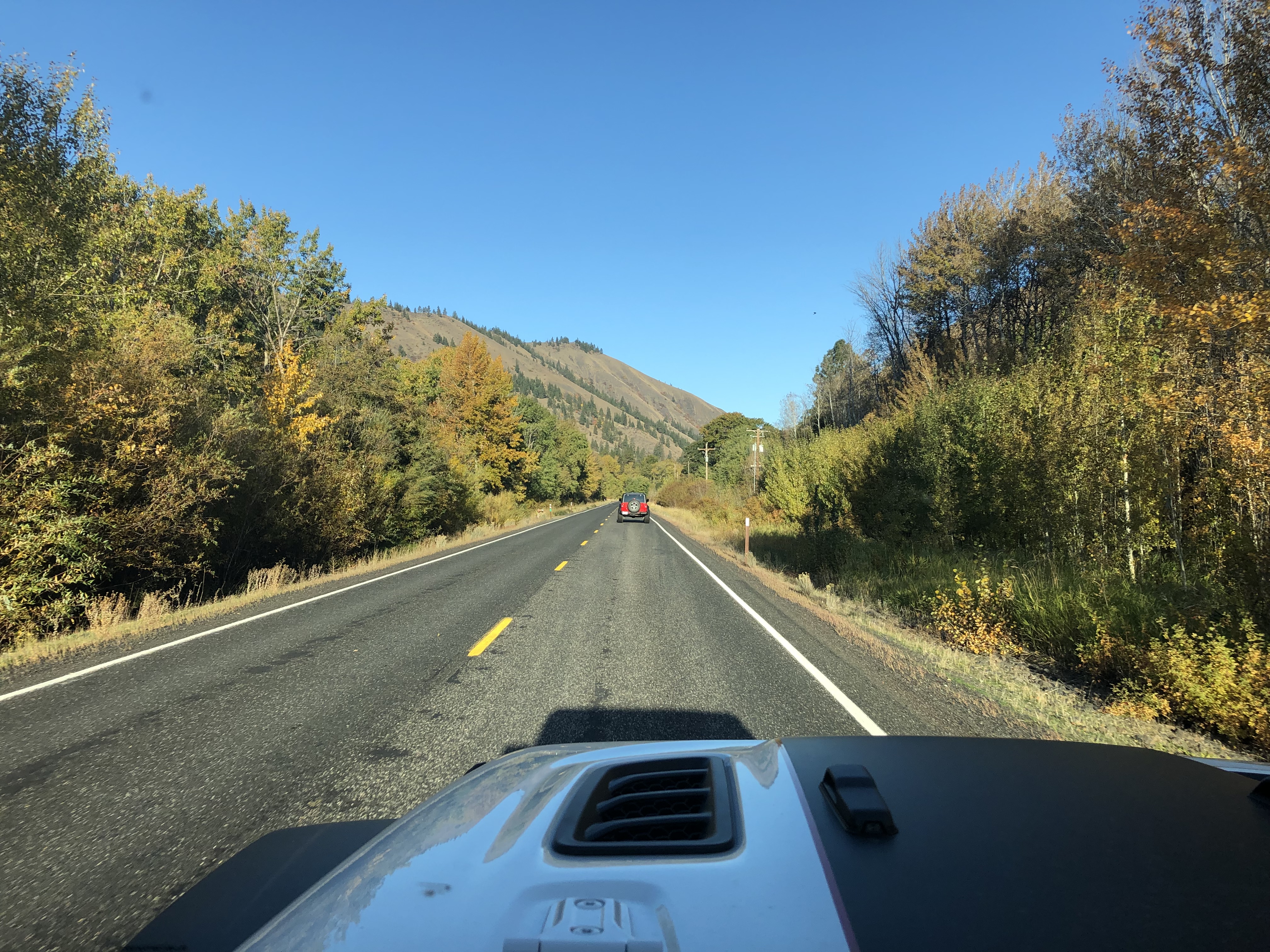 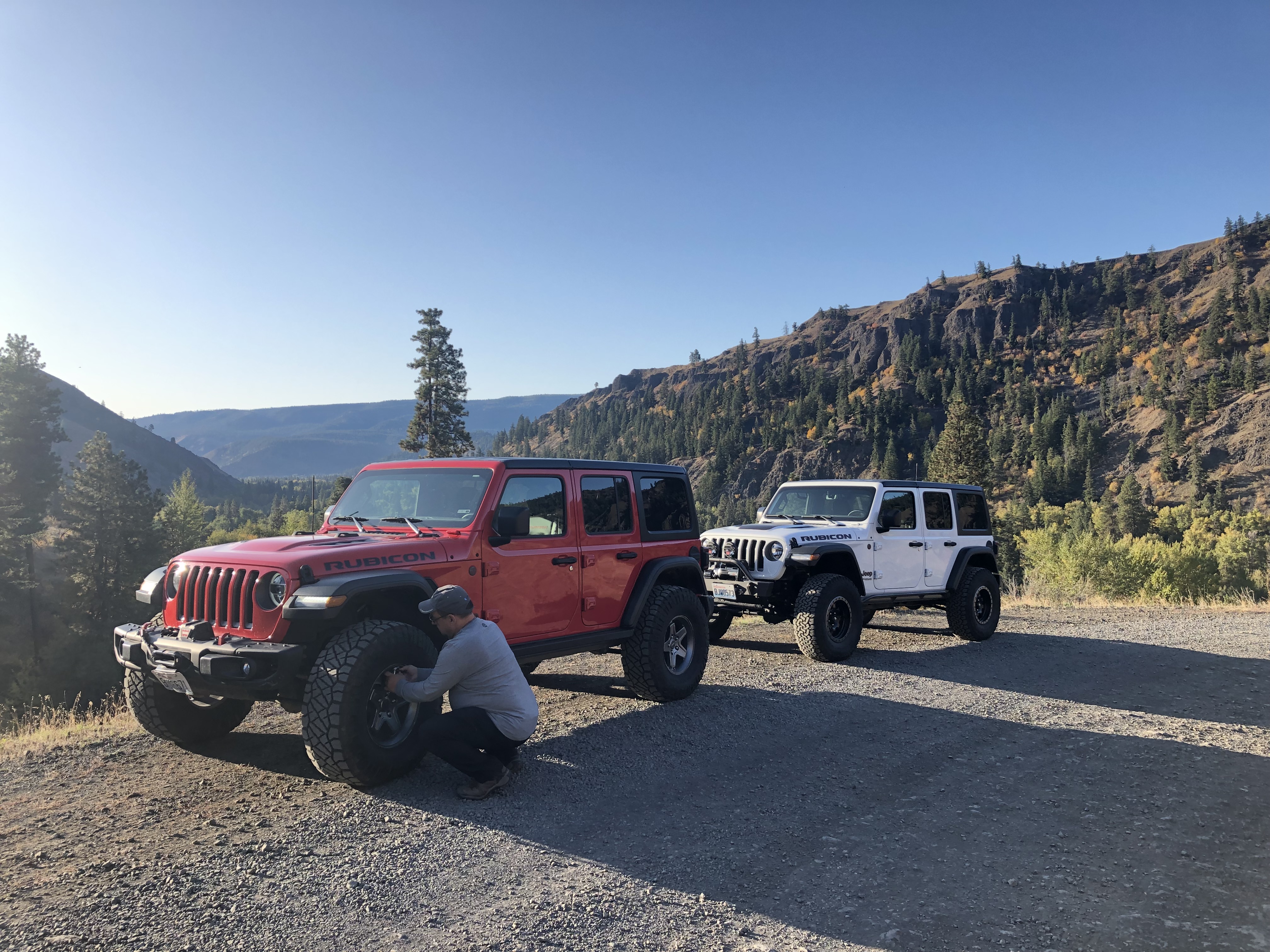 It wasn't long before we had gained enough elevation to find a skiff of fresh snow: 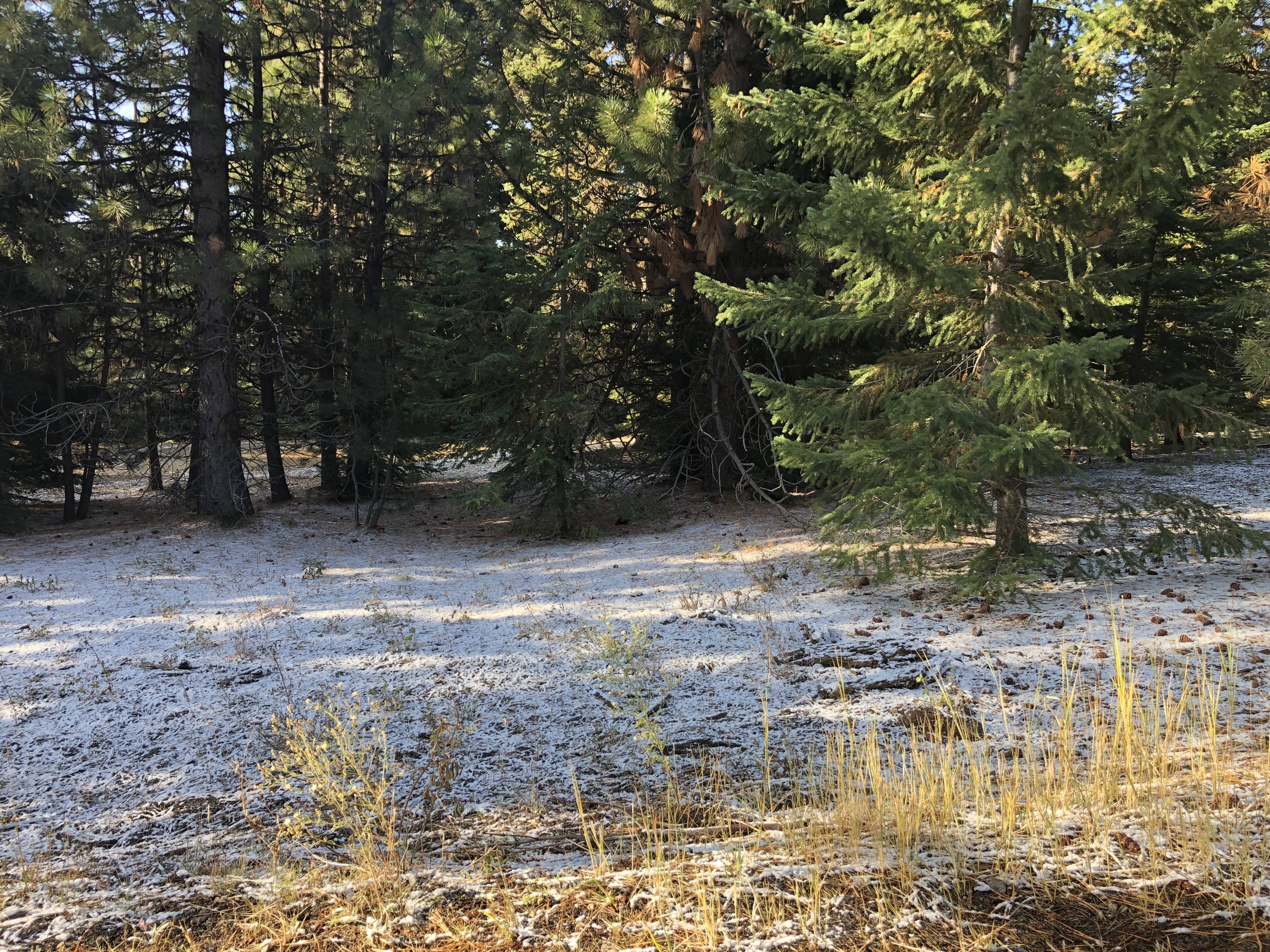 Taking a left onto NF-530, we rapidly gained more elevation and stopped a couple times to soak in the sights and some of that warm sun, as it was a balmy 24*F outside: 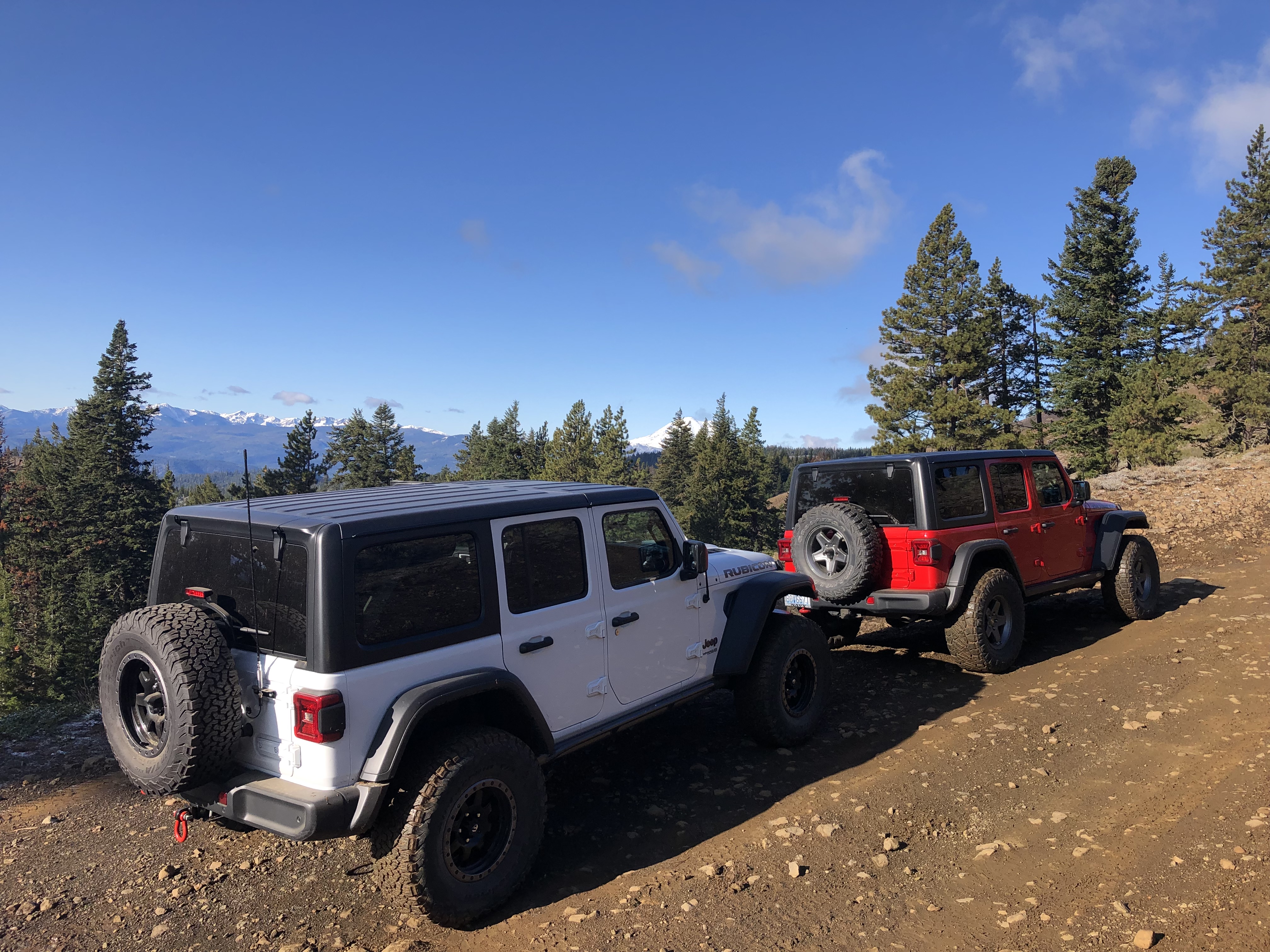 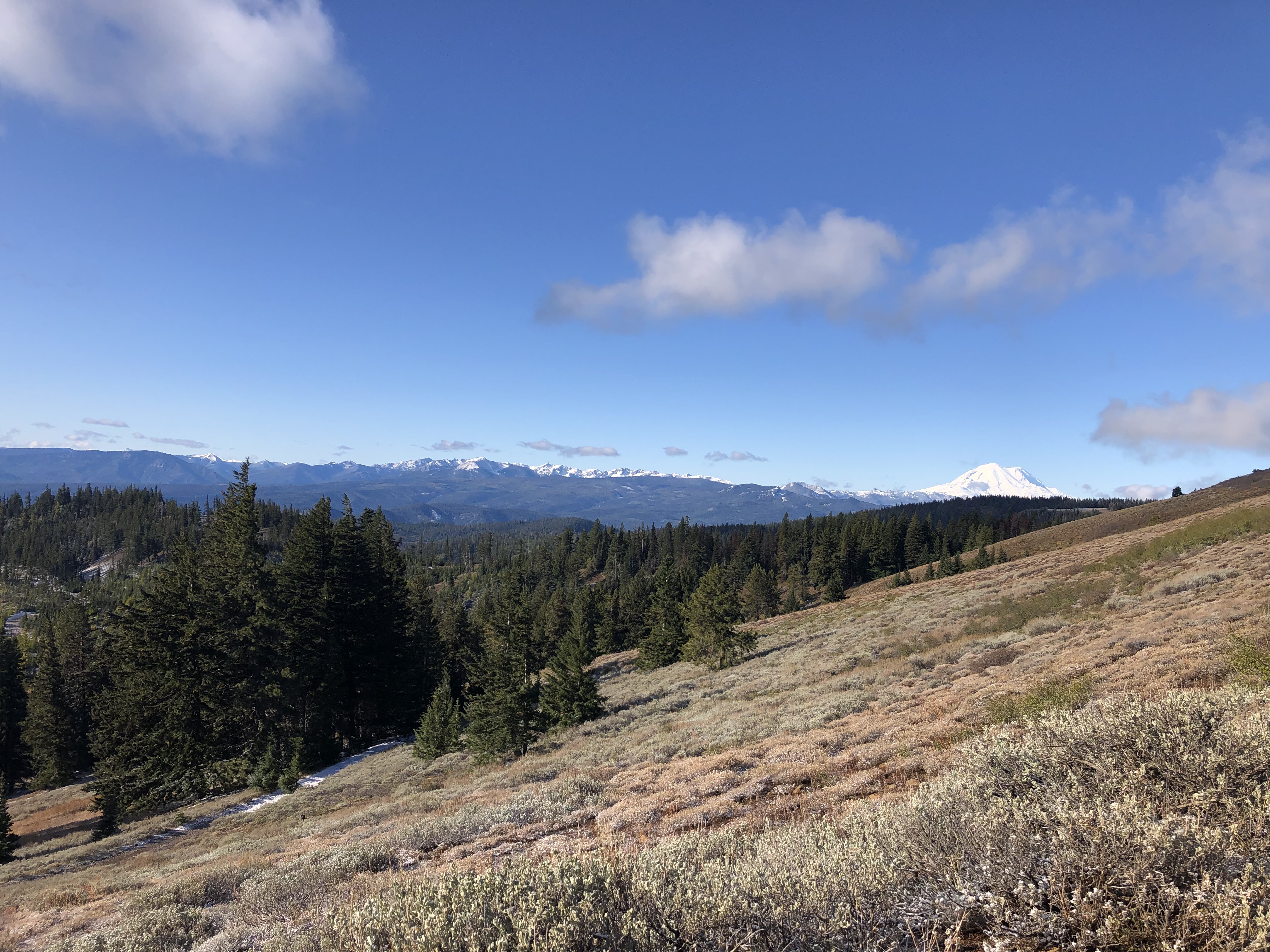 At the summit of the aptly named Summit Trail, we found a frosty winter wonderland-esque landscape: 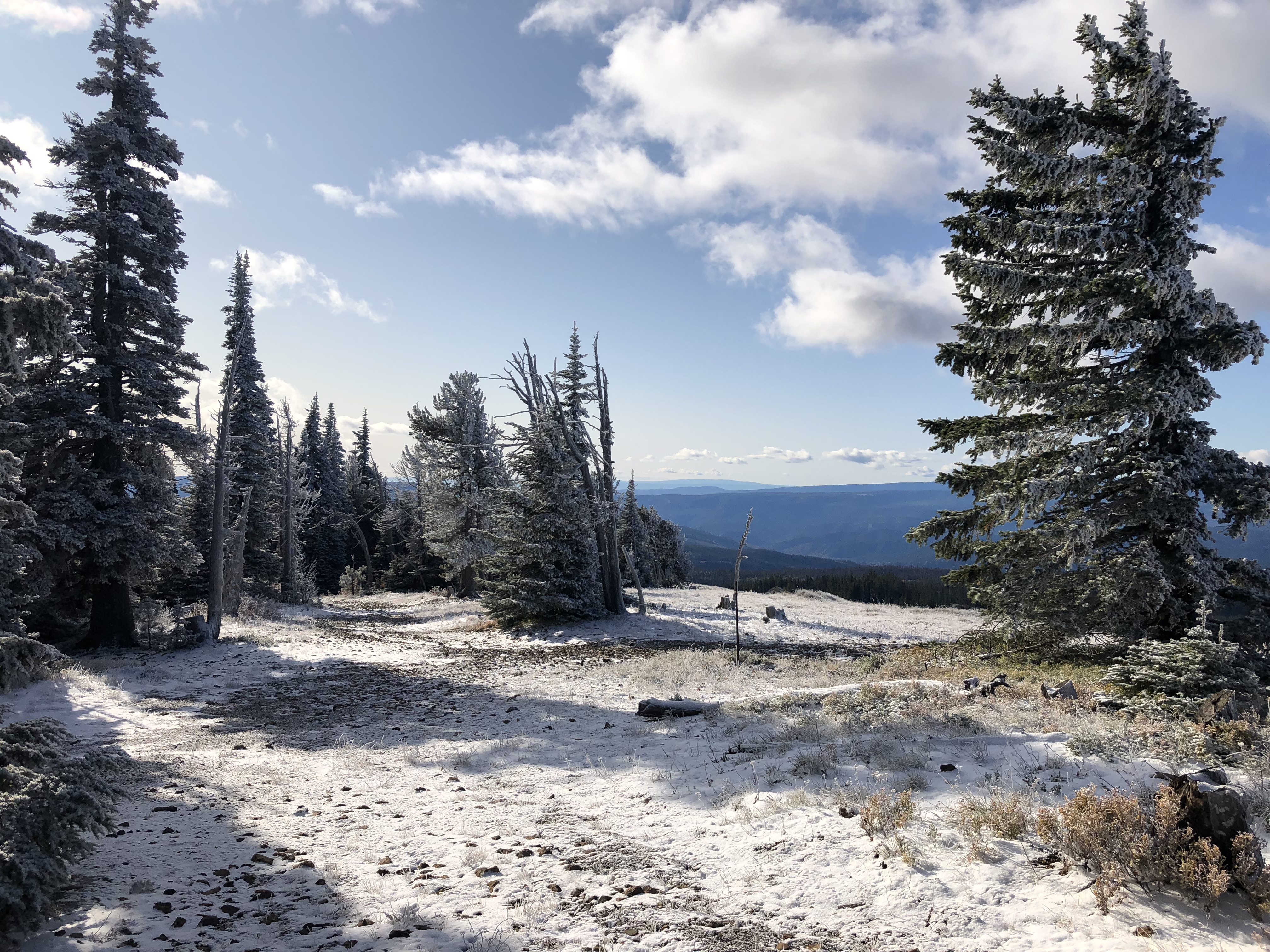 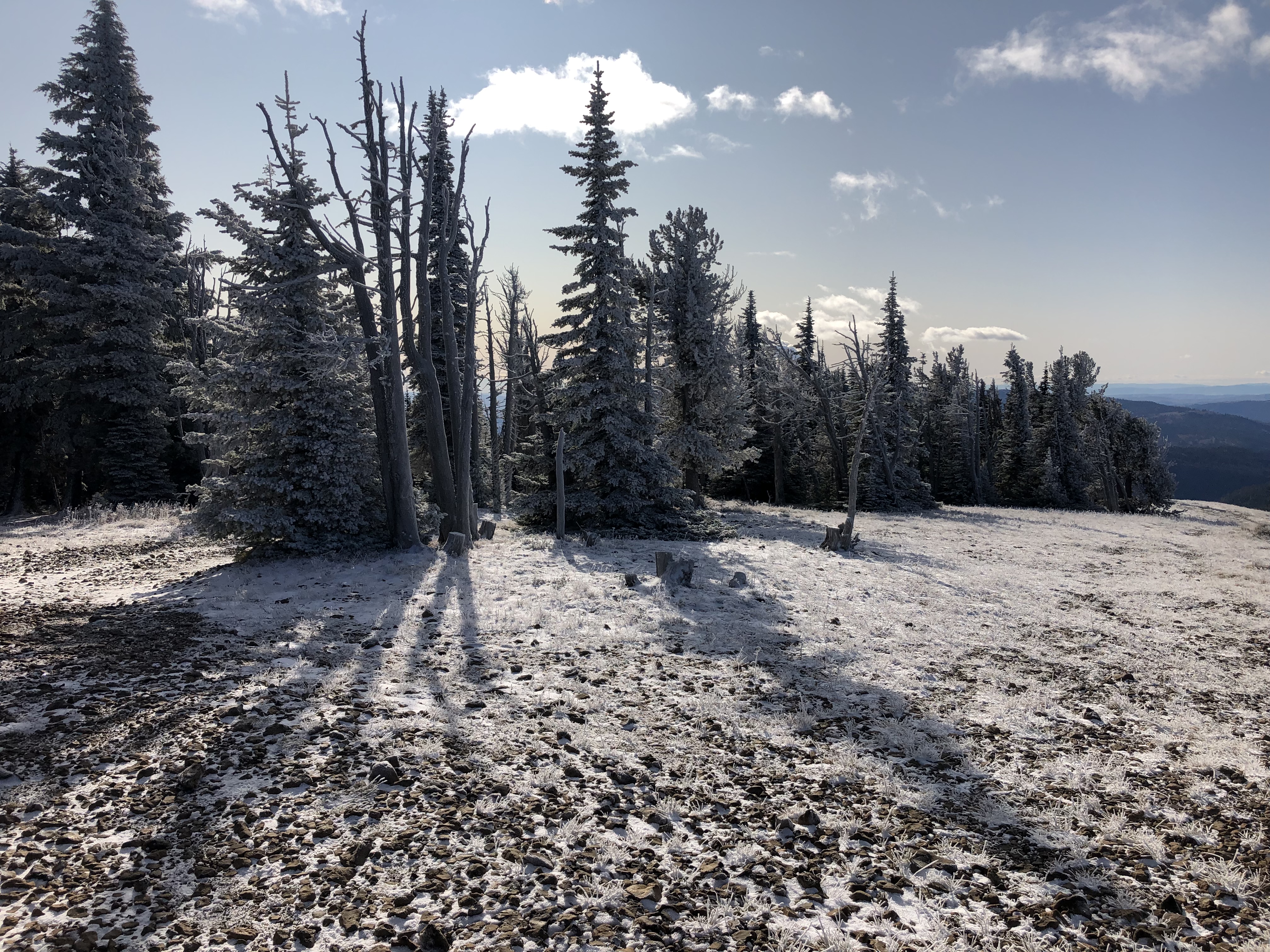 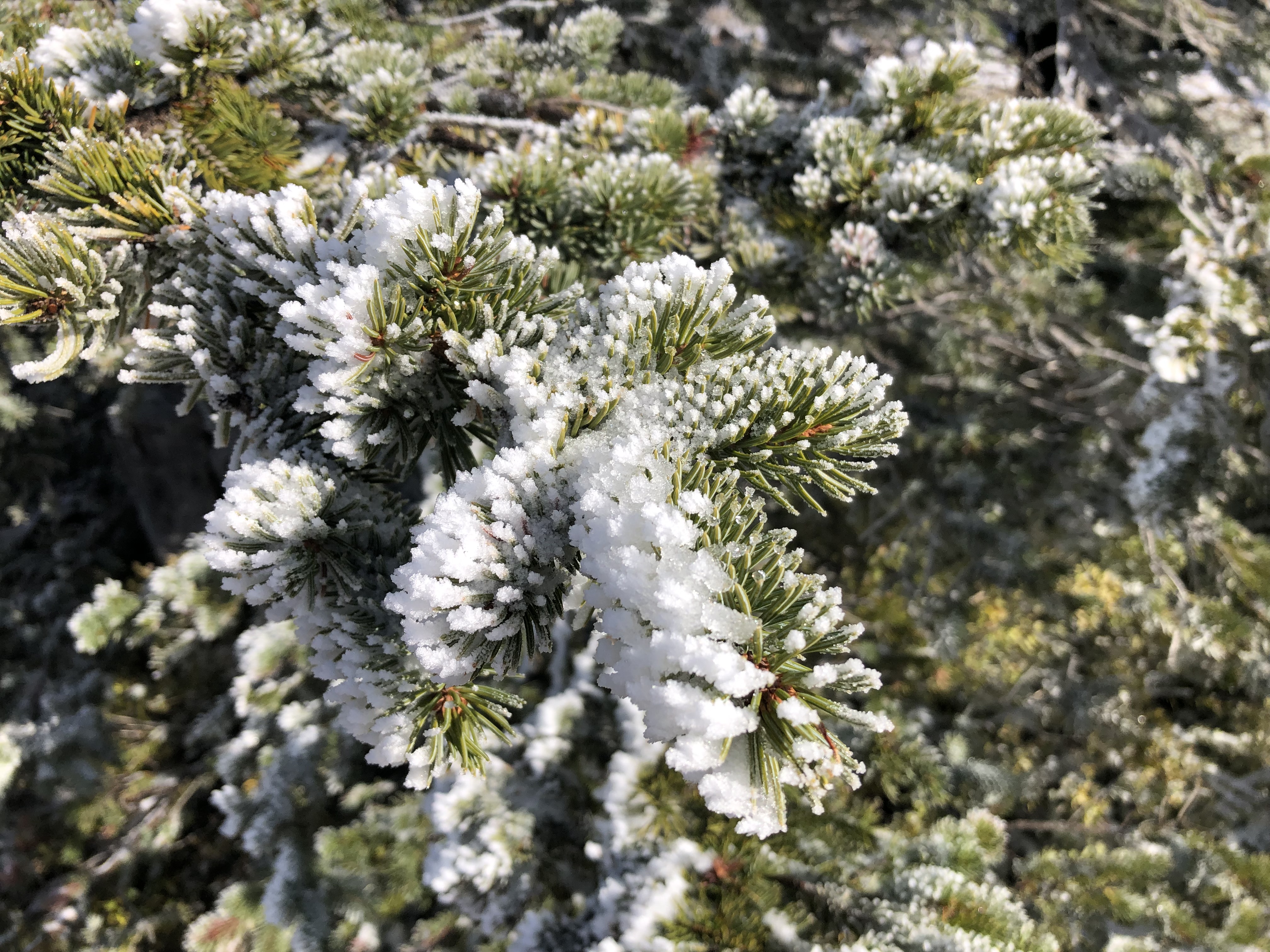 Continuing along NF-530, dropping down the North side, we made our way toward the entry into the Moon Rocks: 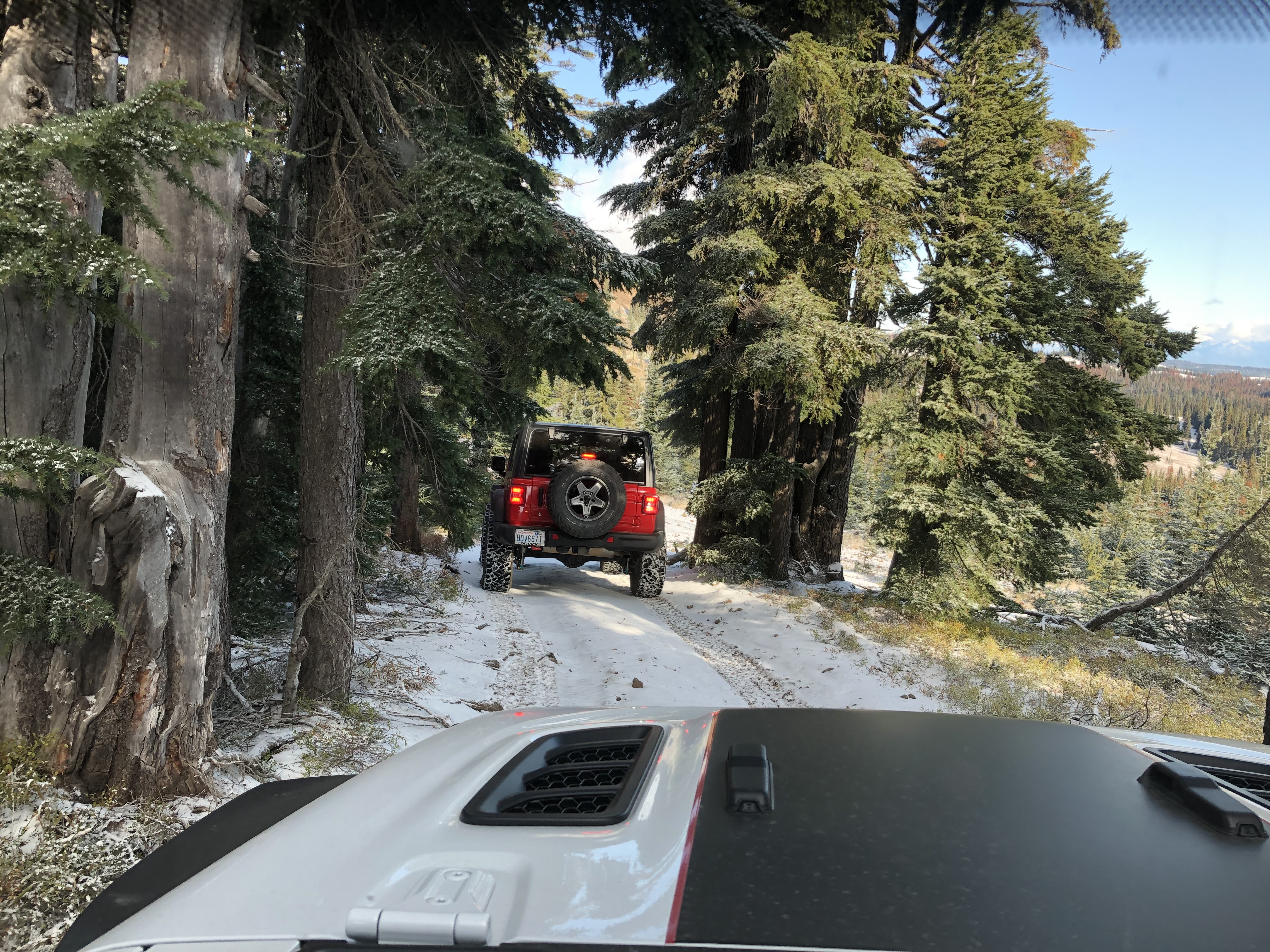 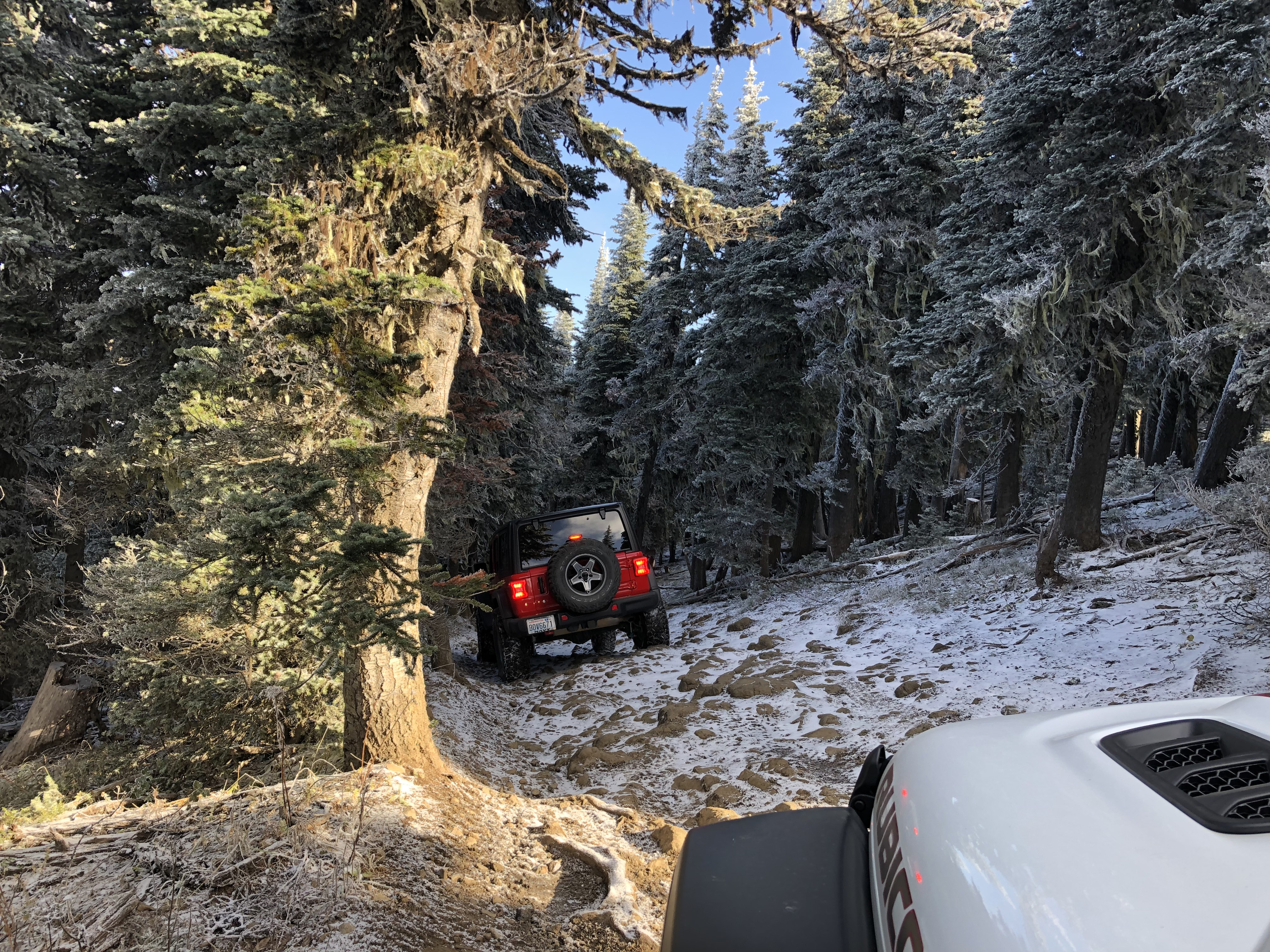 Once there, OG wasted no time putting Ginger to work on the slick rocks: 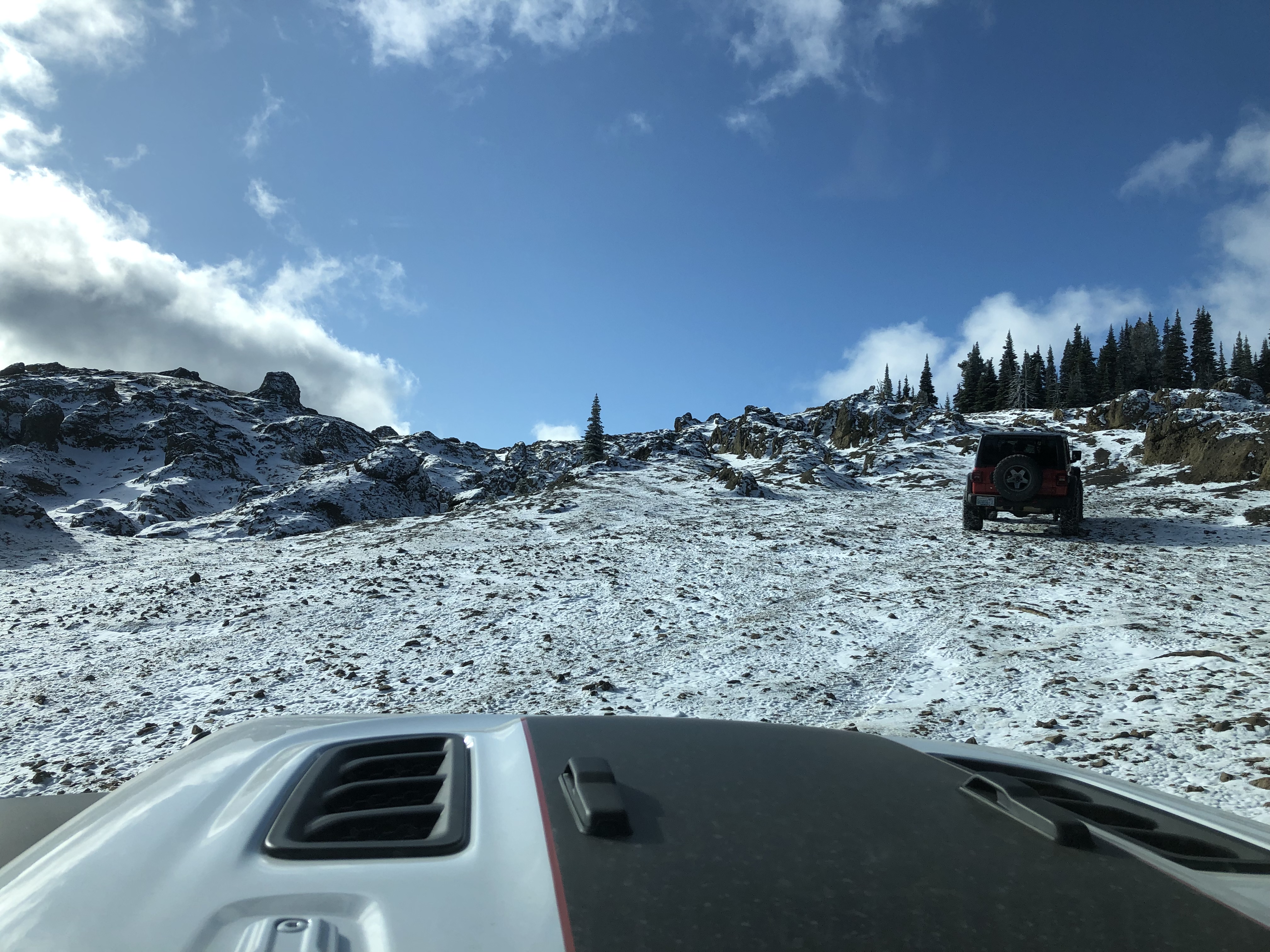 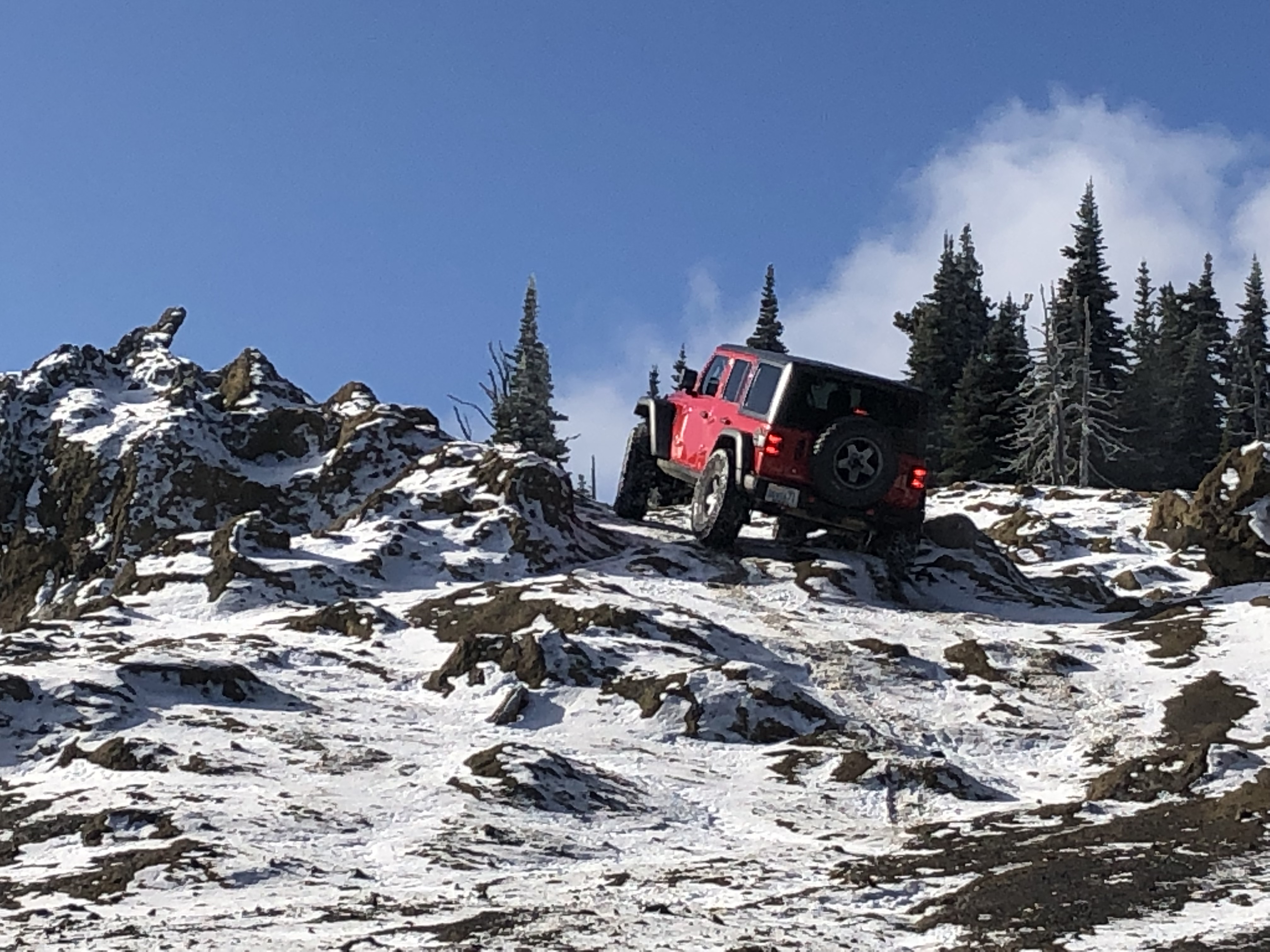 The view from up there was breathtaking: 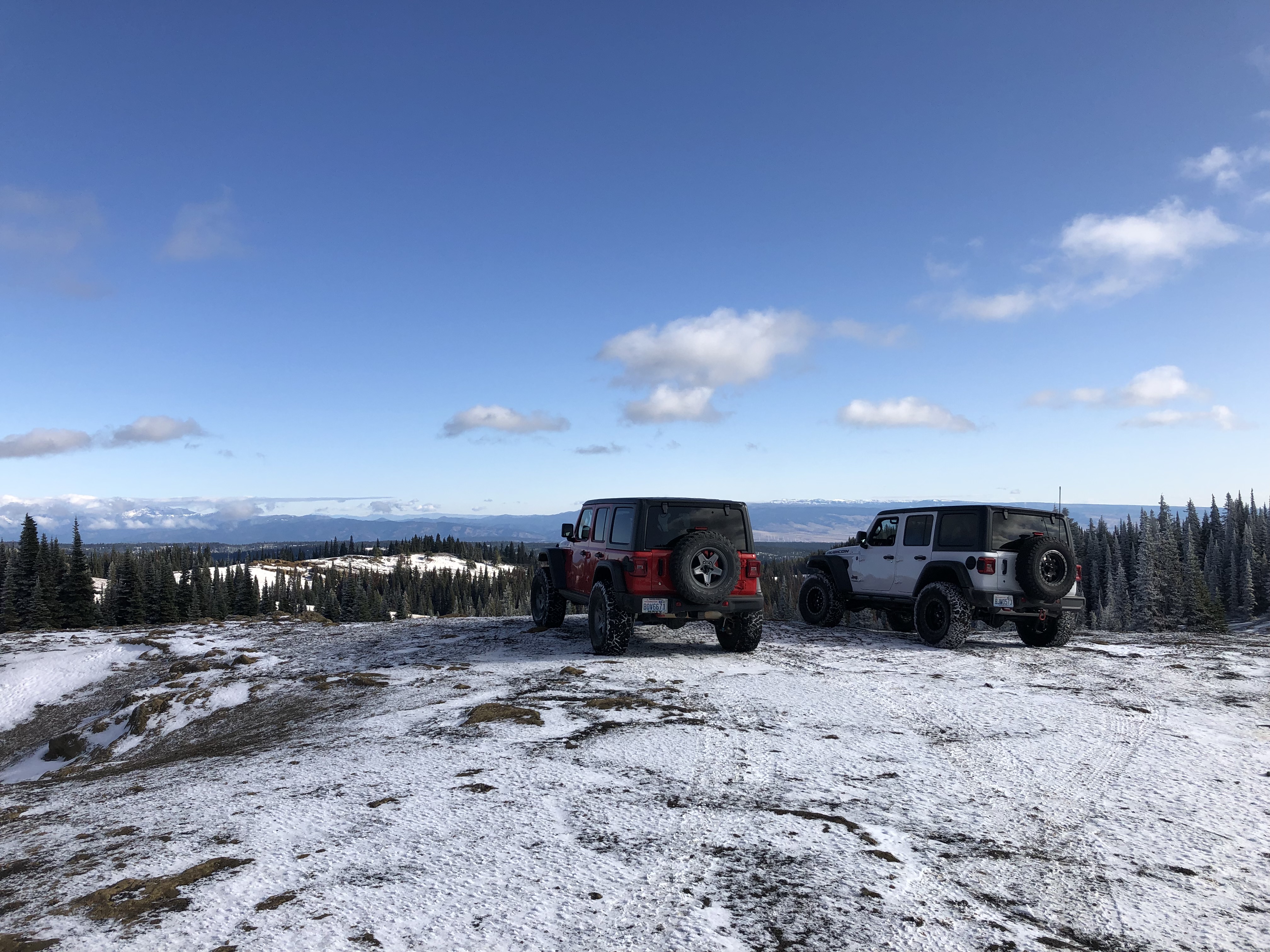 I spent a few minutes doing a quick suspension czek, verifying bumpstop settings and the like: 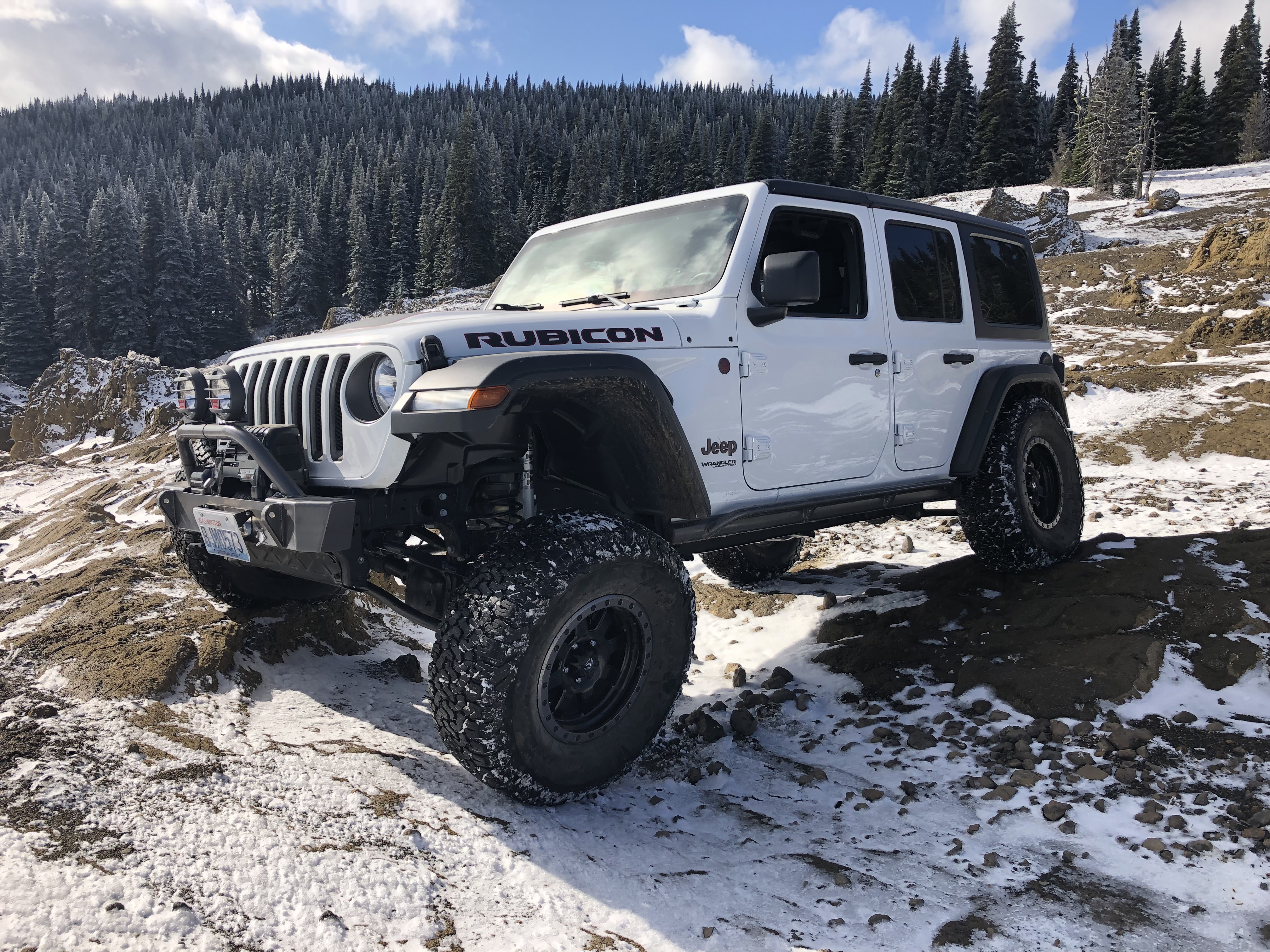 From there we trundled over to the Funny Rocks, where OG took a quick trip up/down the bunny slope: 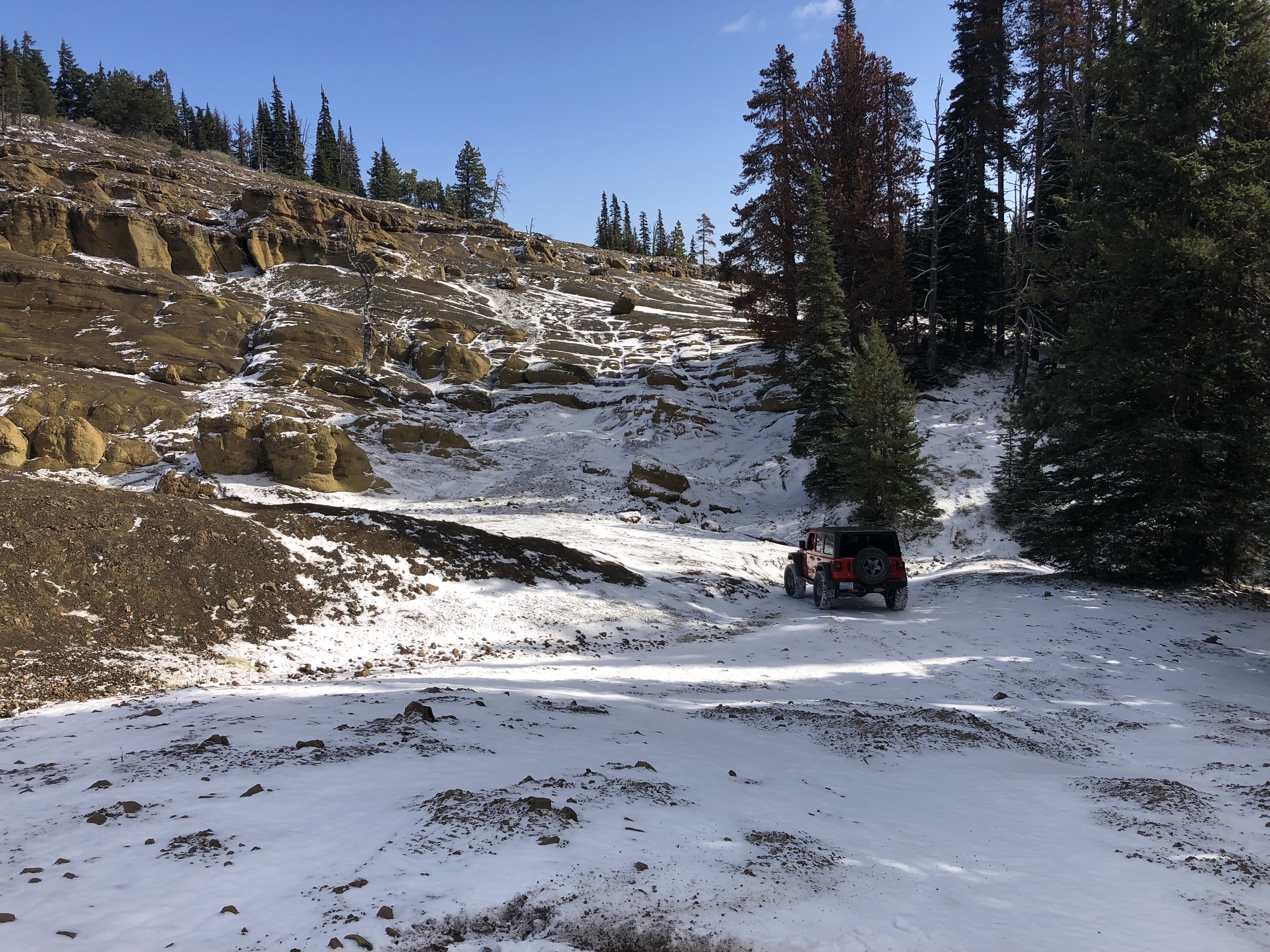 It was shortly after noon, and with a looming minion sports deadline, a command decision was made to start the trek down in elevation, via 4W307. The dark side of the hill had decidely more snow on it: 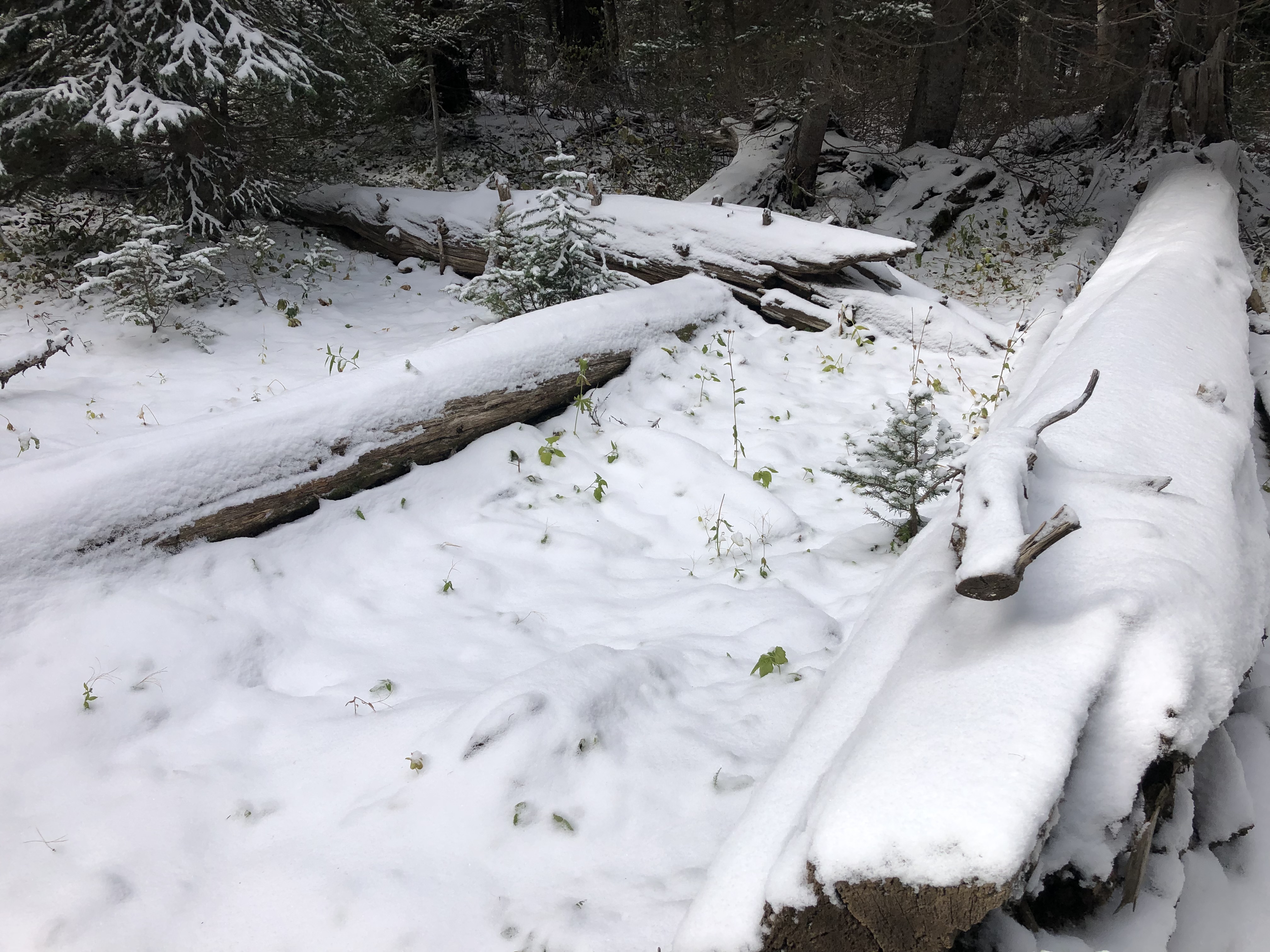 As with nearly every time I have traversed this section of trail, even in the middle of summer with talcum powder dust in abundance, the water hole was a fun little change of pace: 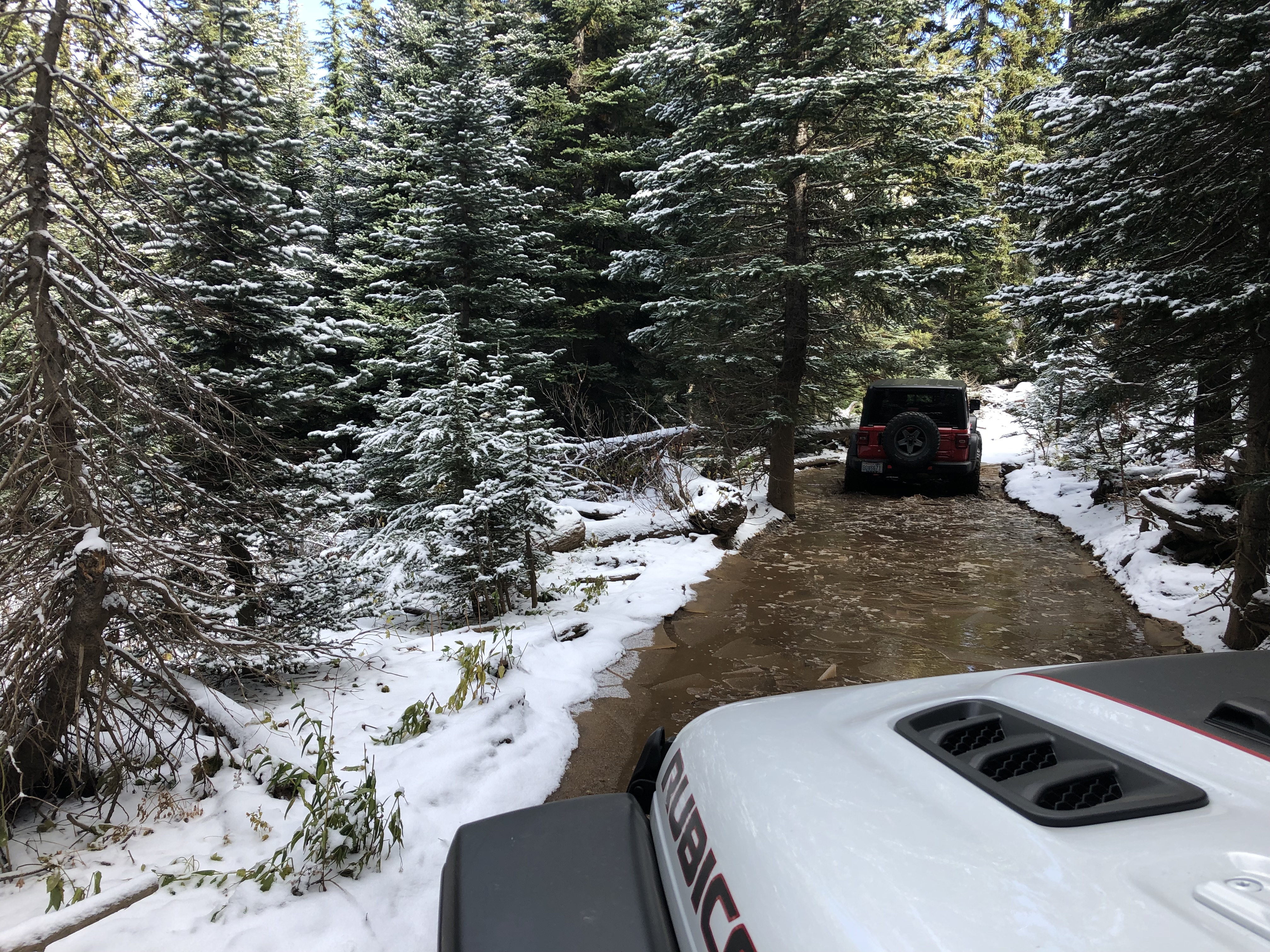 Down in the twisty tree section, we found a remnant from a recent wind storm. A feeble attempt was made to saw it in half with a hand saw, and then common sense took over and the winch was deployed to suck the downed tree out of the trail. Progress continued down to Tripod Flat and on down toward FS-31: 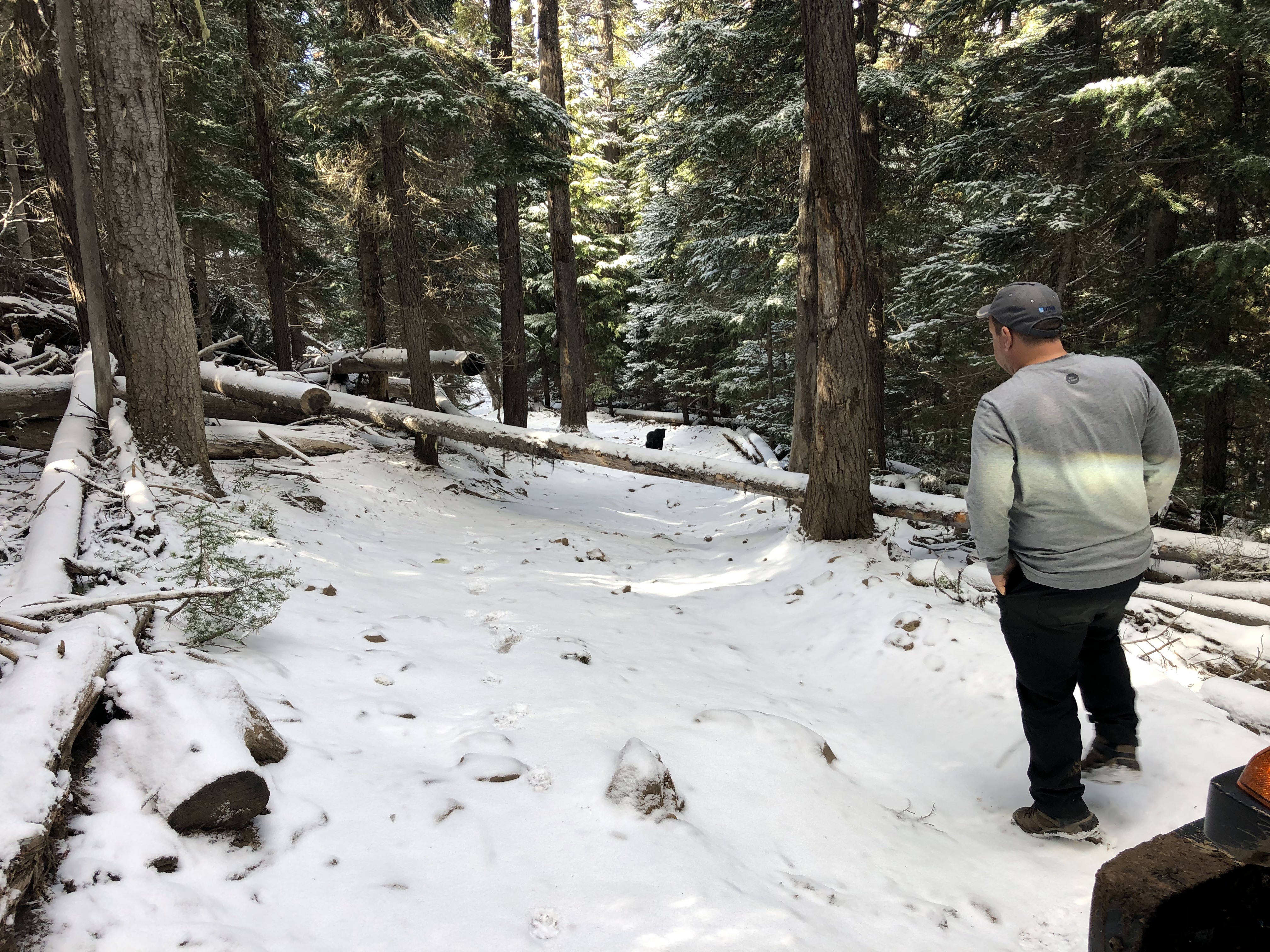 We simply had to stop when we came across this. And yes, it was put to the test: 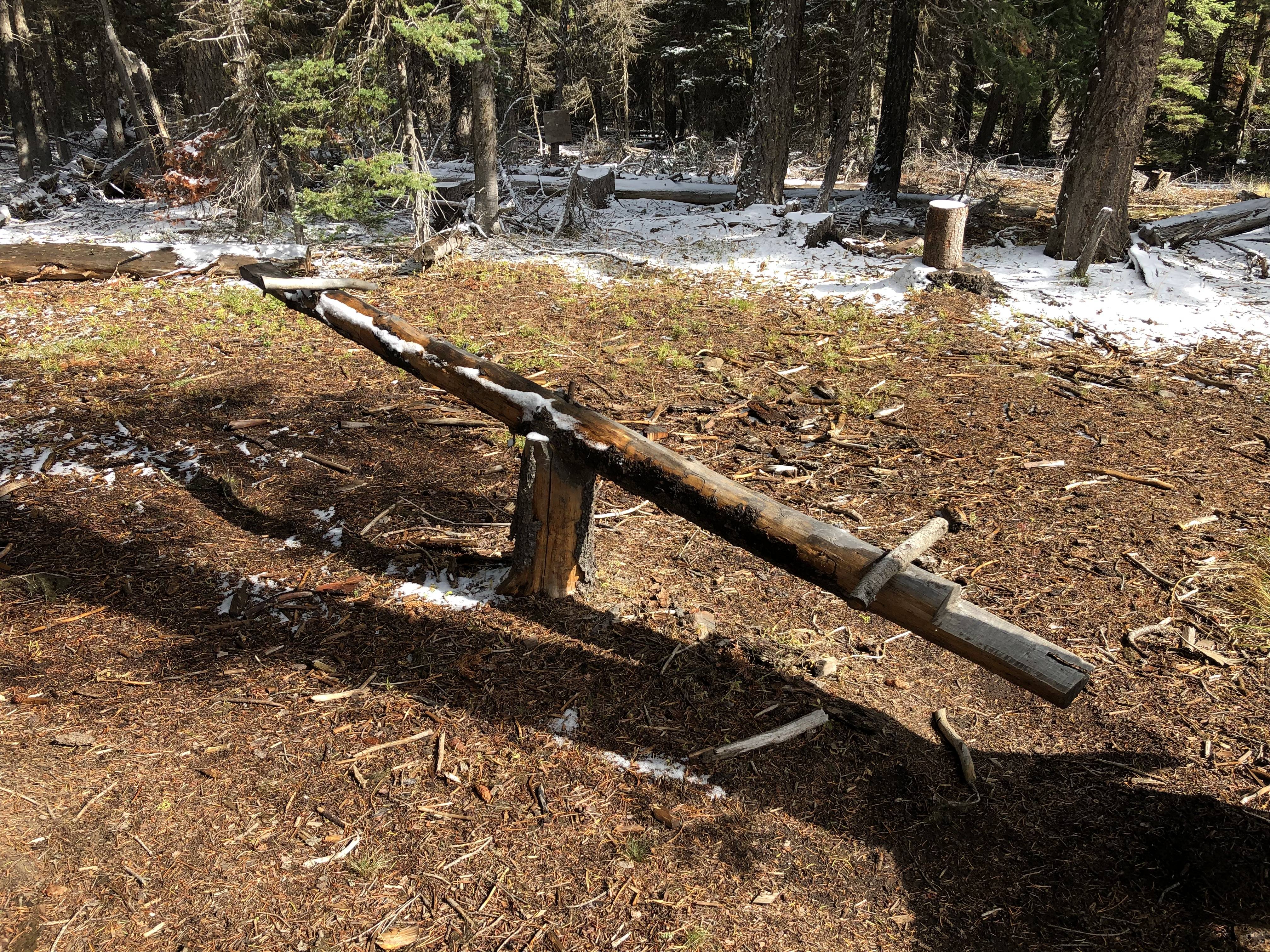 The tamarack trees were just starting to show a lime color: 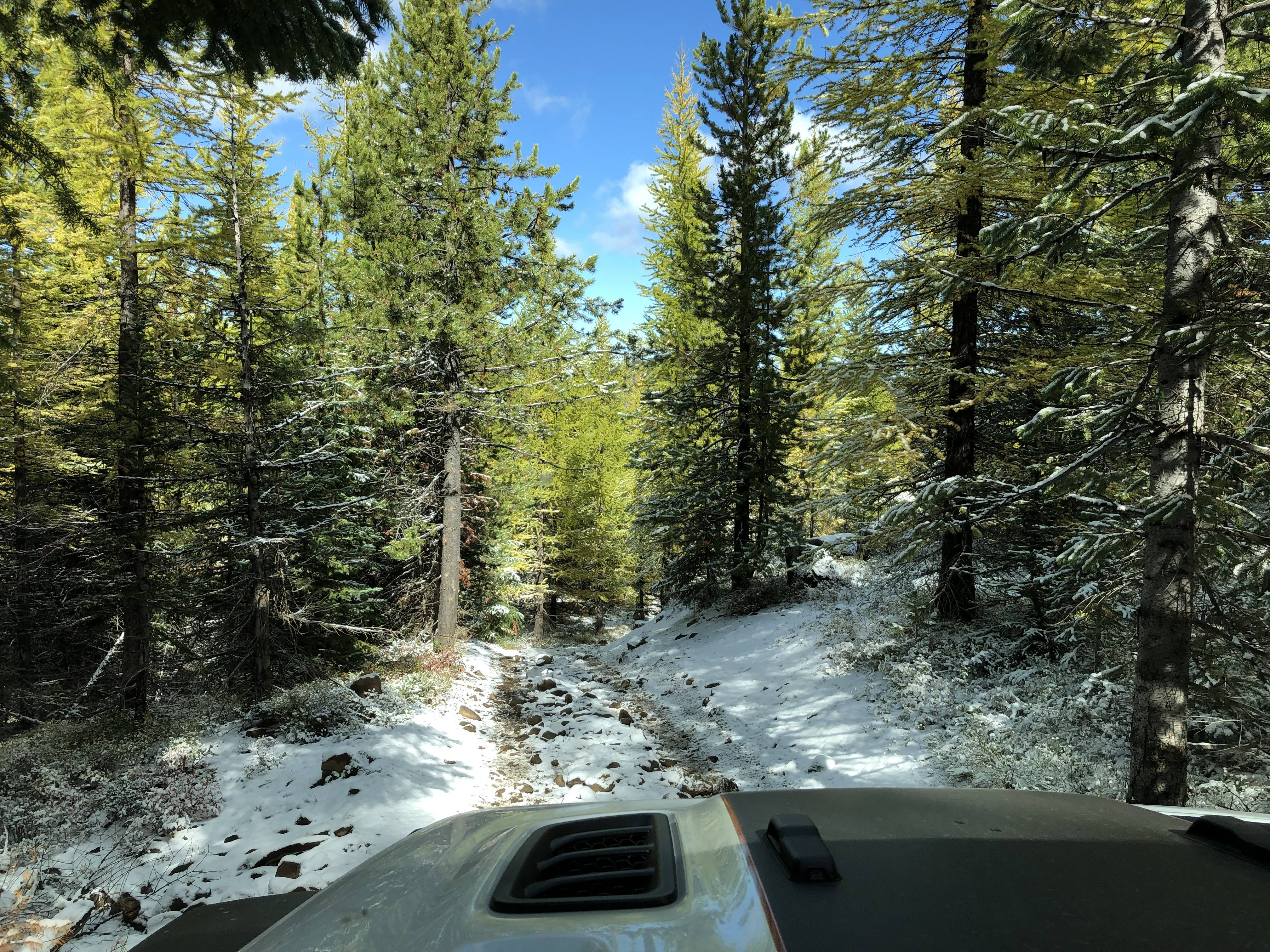 We made our way to FS-31 and headed East toward Ellensburg. There was a wide spot in the road that made a perfect spot to reintroduce the psi's to the tyrez, so we did that: 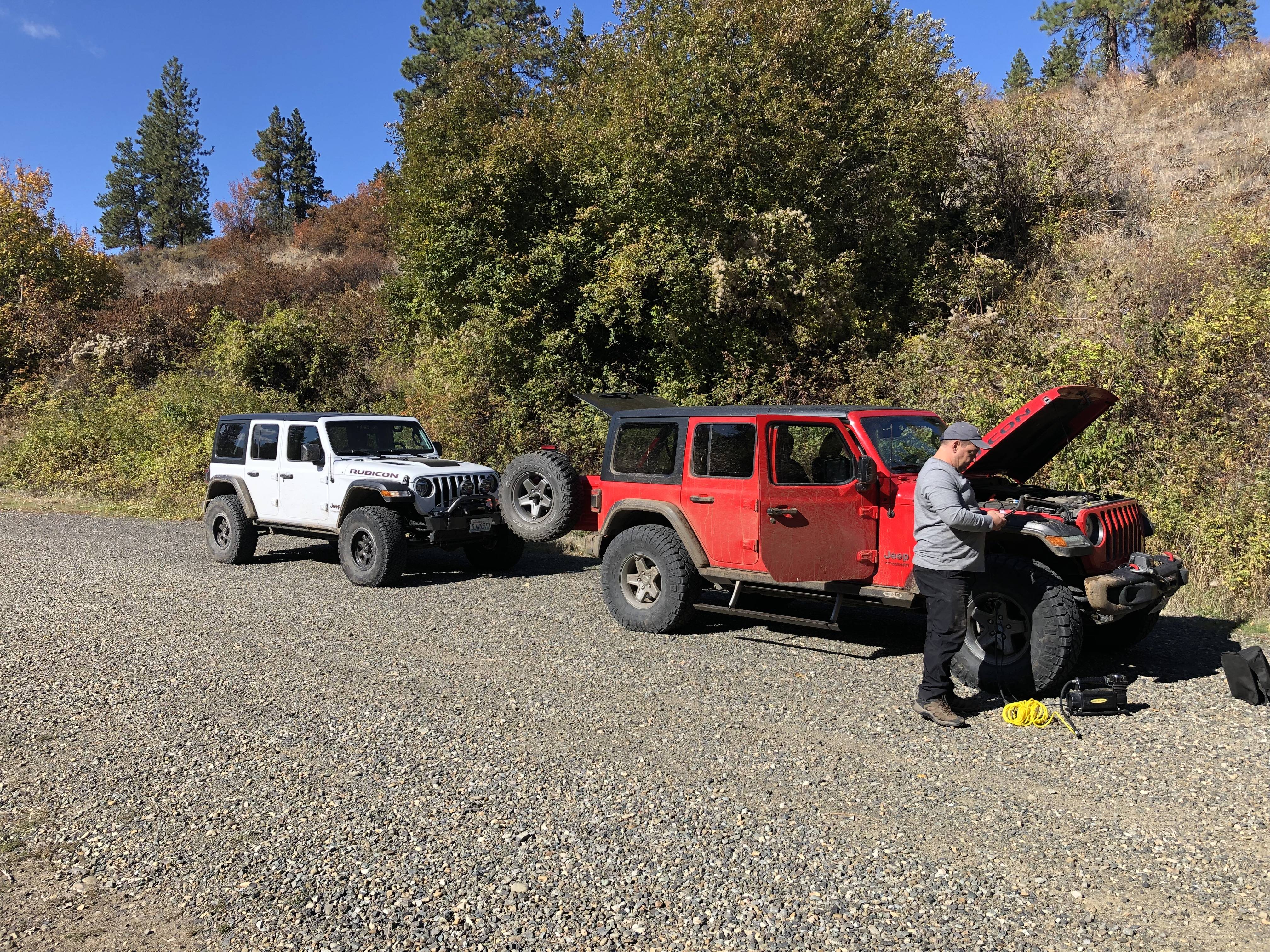 Overall it had been a simply perfect day on the trails, and with the clock nearing the 3:00pm mark I had to make tracks back to land of minion sports. Many thanks to OG for accompanying me on this mid-week GTFO run, already looking forward to the next one

Wow. That looks fun. Don't you guys have a job?
www.nwoffroadtrails.com/forum
Top

So cool to see those areas with the season's snow just starting.

Thank you for sharing!

Loving the new Jeeps, and having evil thoughts.