See the Upcoming Events in the member’s only section for details about the March meeting. Contact SPR or TJ Dave if you can’t access the post.

Despite the blustery winds, the group met up at the Richland Maverik for a prompt 0800 departure. In attendance were myself, OG, Danny, and Josh (token Scout guy): 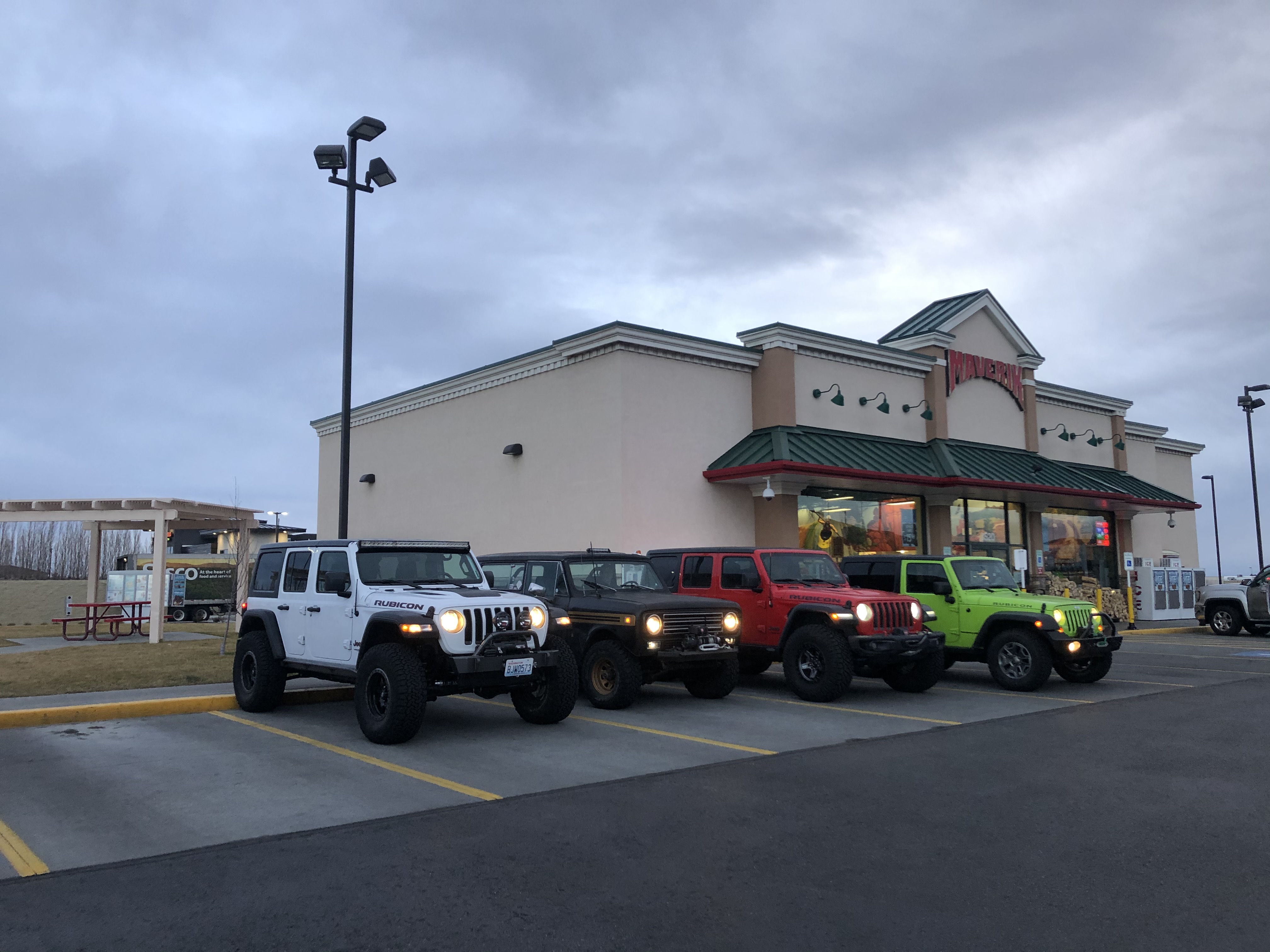 As we rolled West, being pushed all over the road by the aforementioned winds, the moon hung low in the sky: 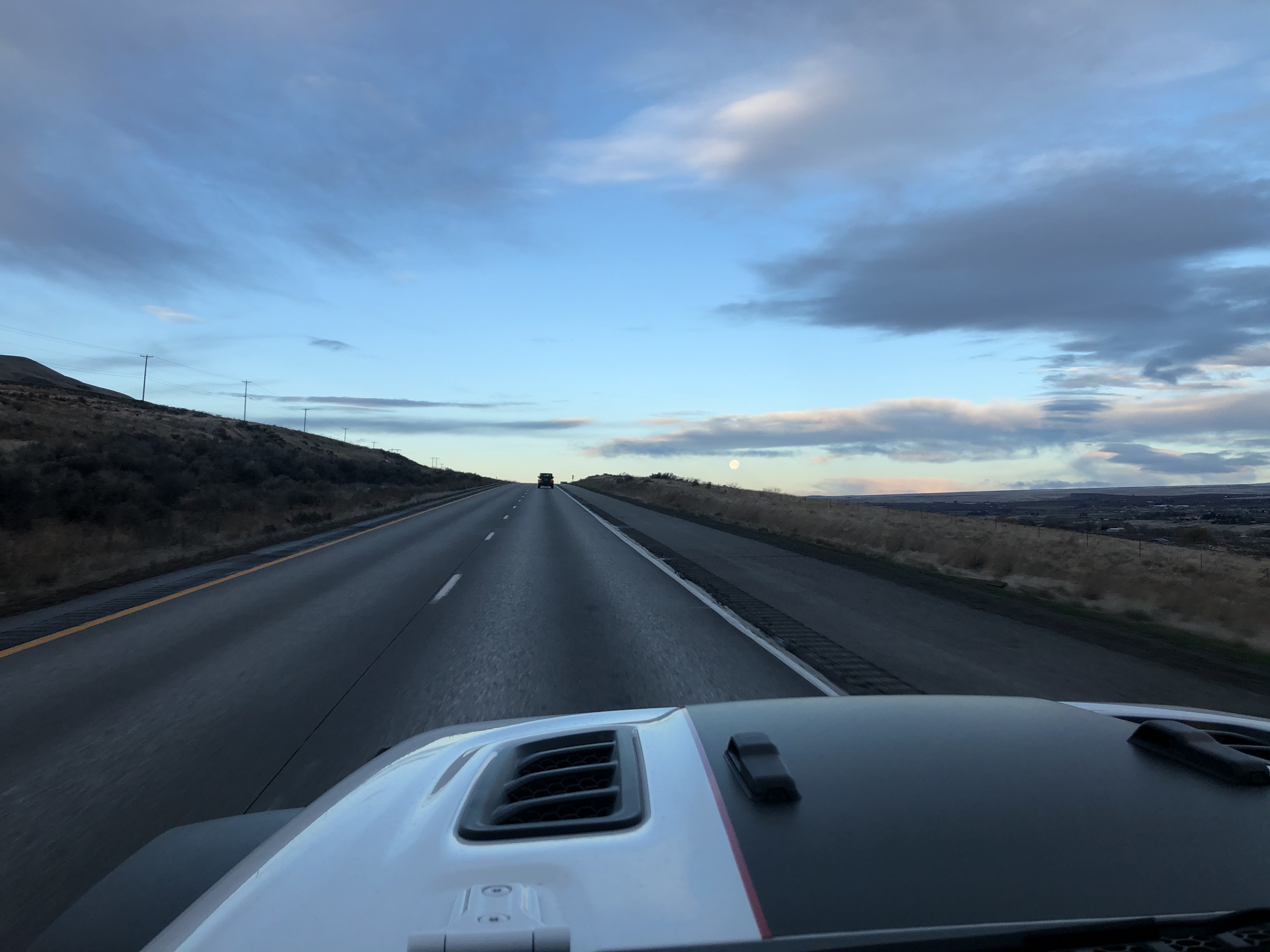 In stark contrast to the Tri-Cities, the winds from about Prosser all the way into the Yakima area were dead calm. The ponds beside the freeway were absolute glass: 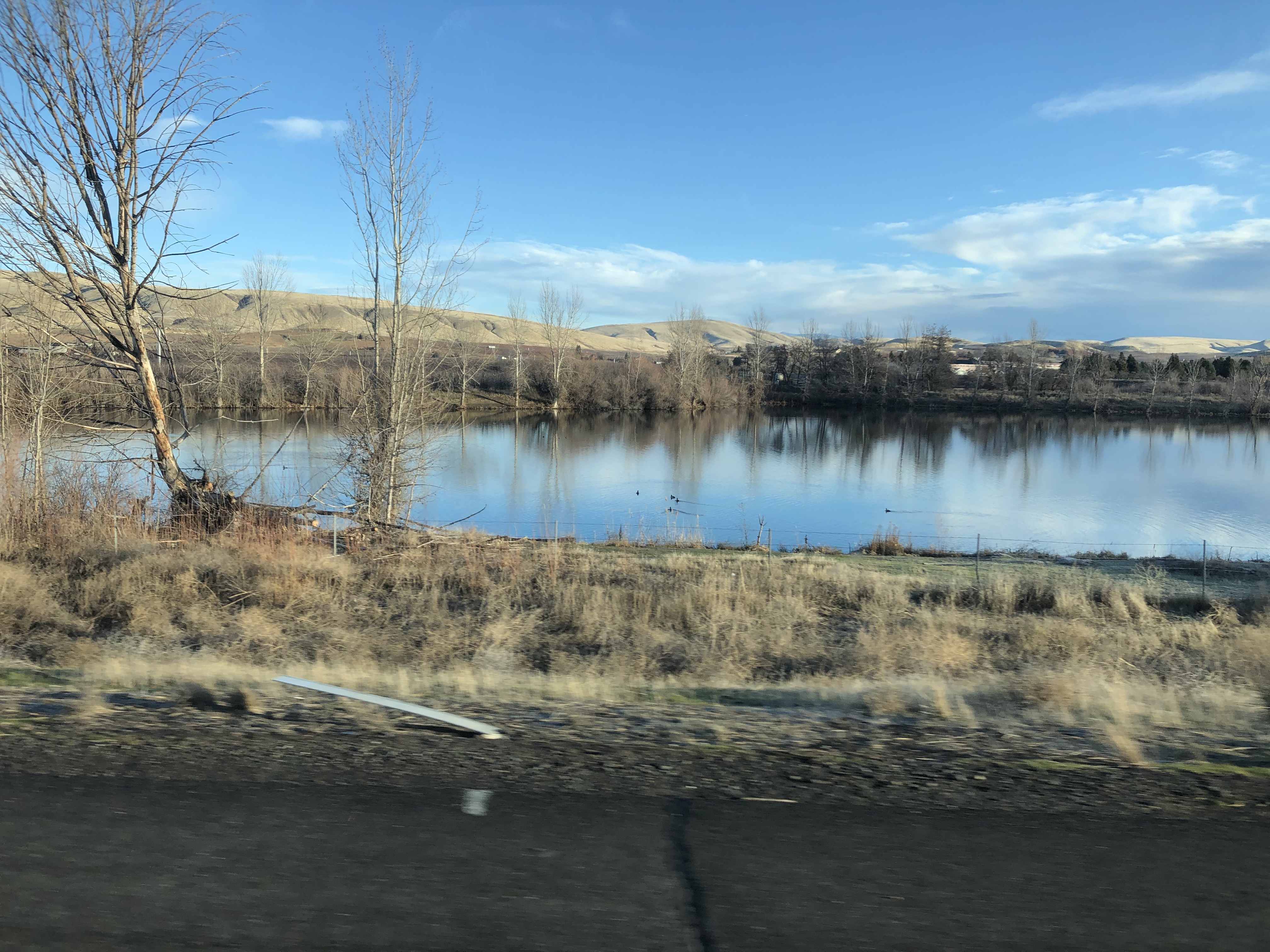 After a quick stop at the Ahtanum General Store we continued our trek toward the Nasty Creek corrals. The blacktop was sketchy, and we were catching a glimpse of fresh snow in the foothills: 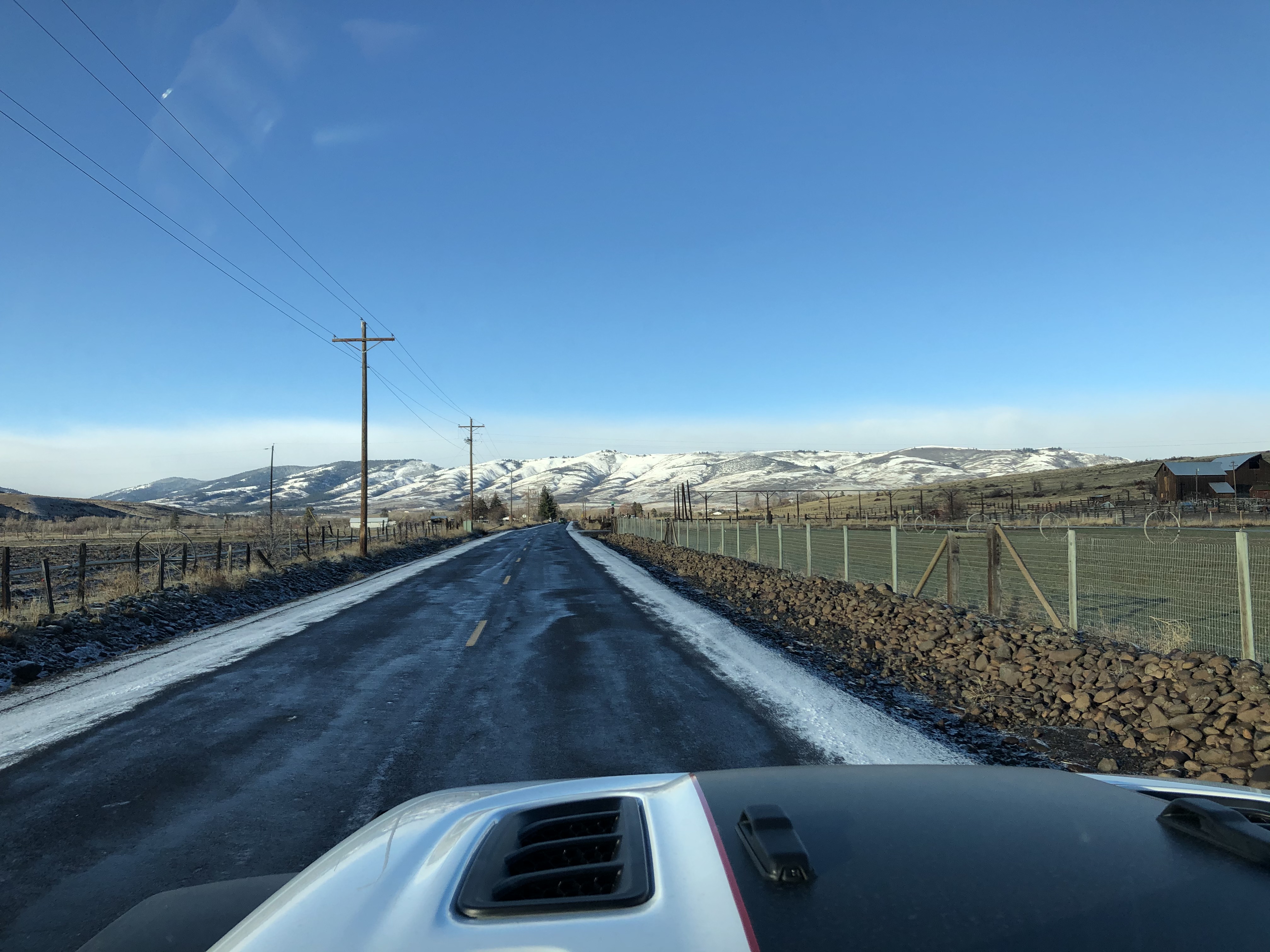 Winding through the mouth of the canyon, the roads turned from sheet ice to snow-covered sheet ice: 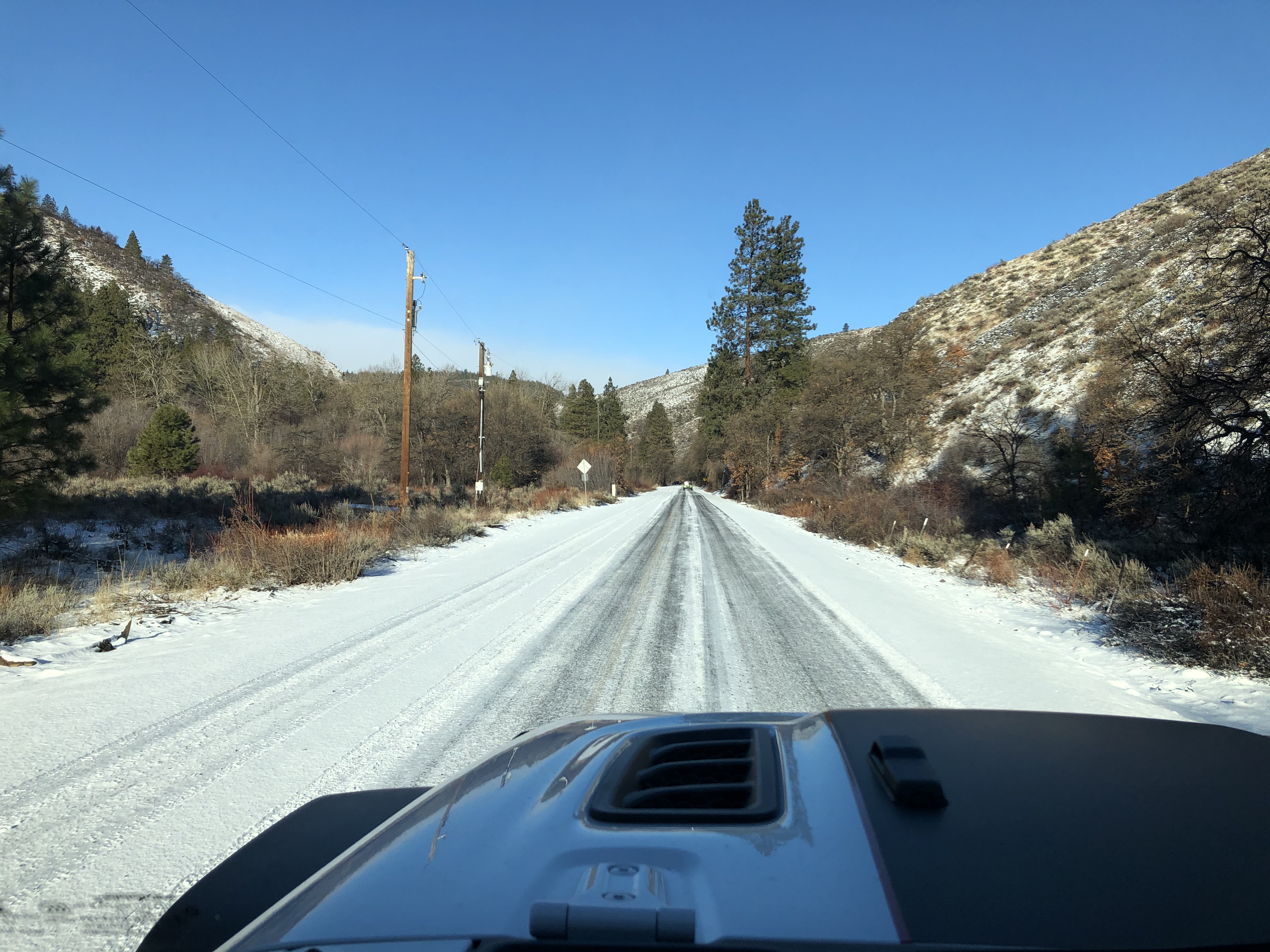 Finally at the corrals, we depleted the psi reserves under a blue bird sky: 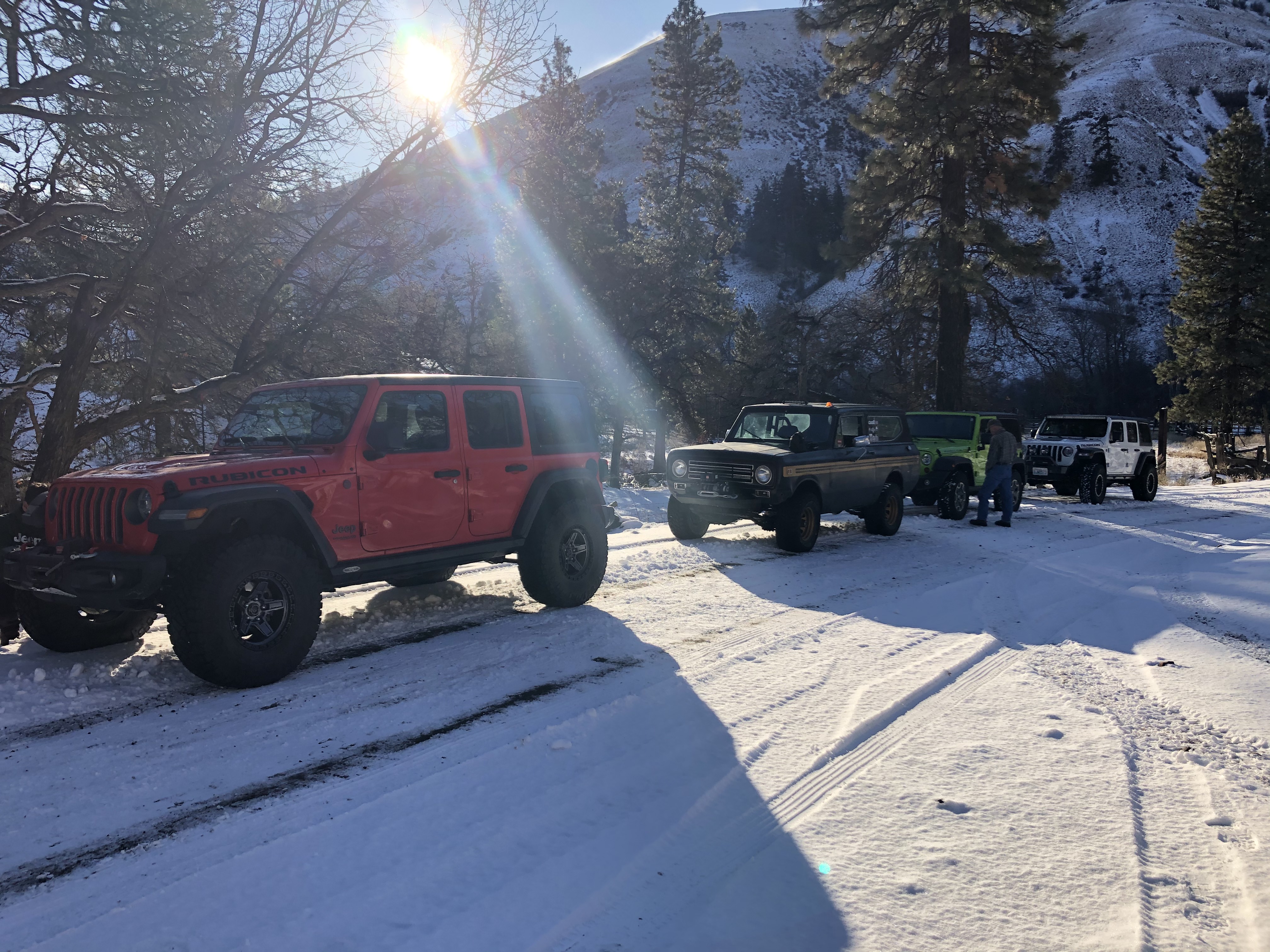 The group trundled up the trail and made great time. Once up on top of that first hogs back though, the winds returned with authority: 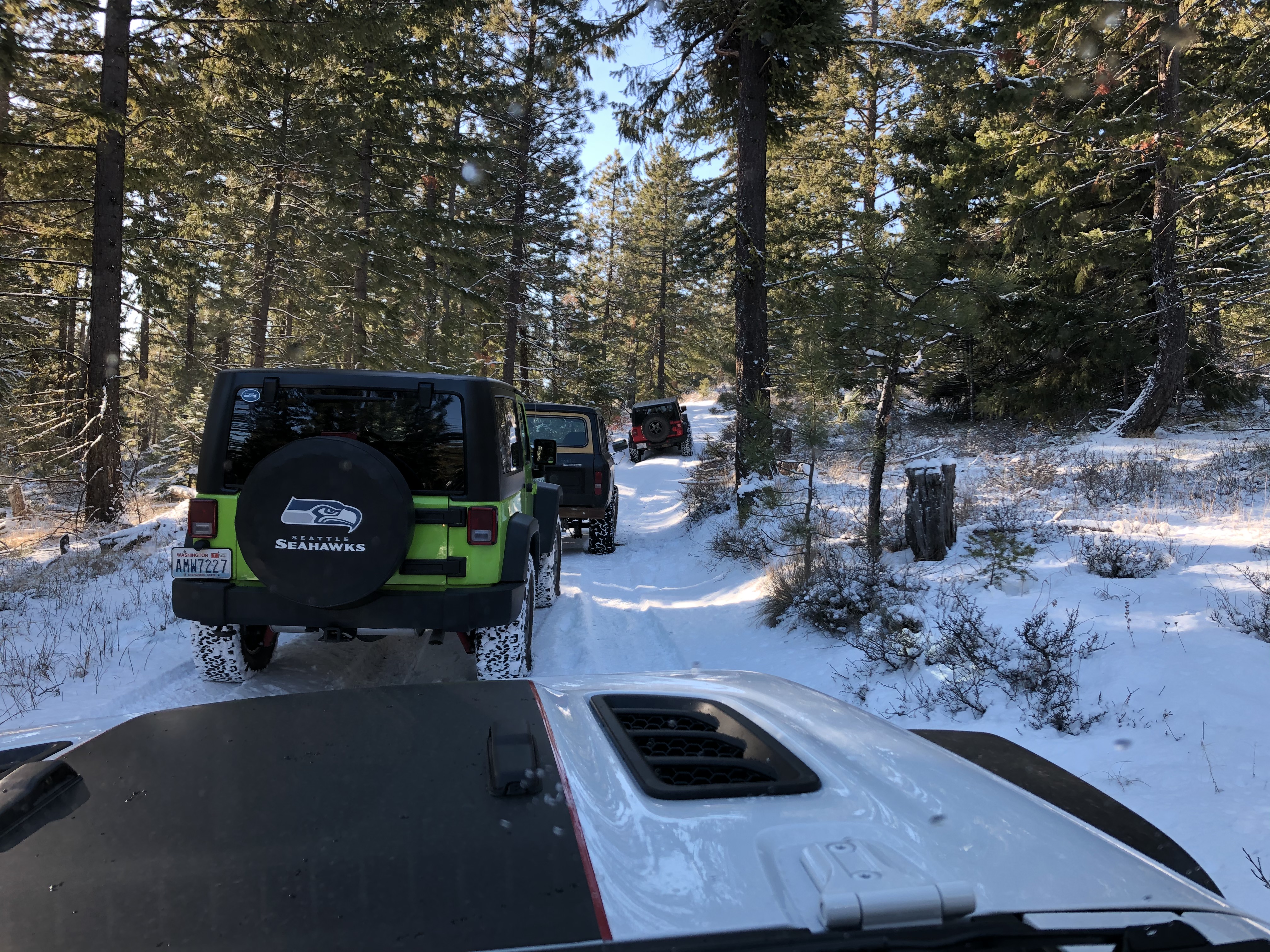 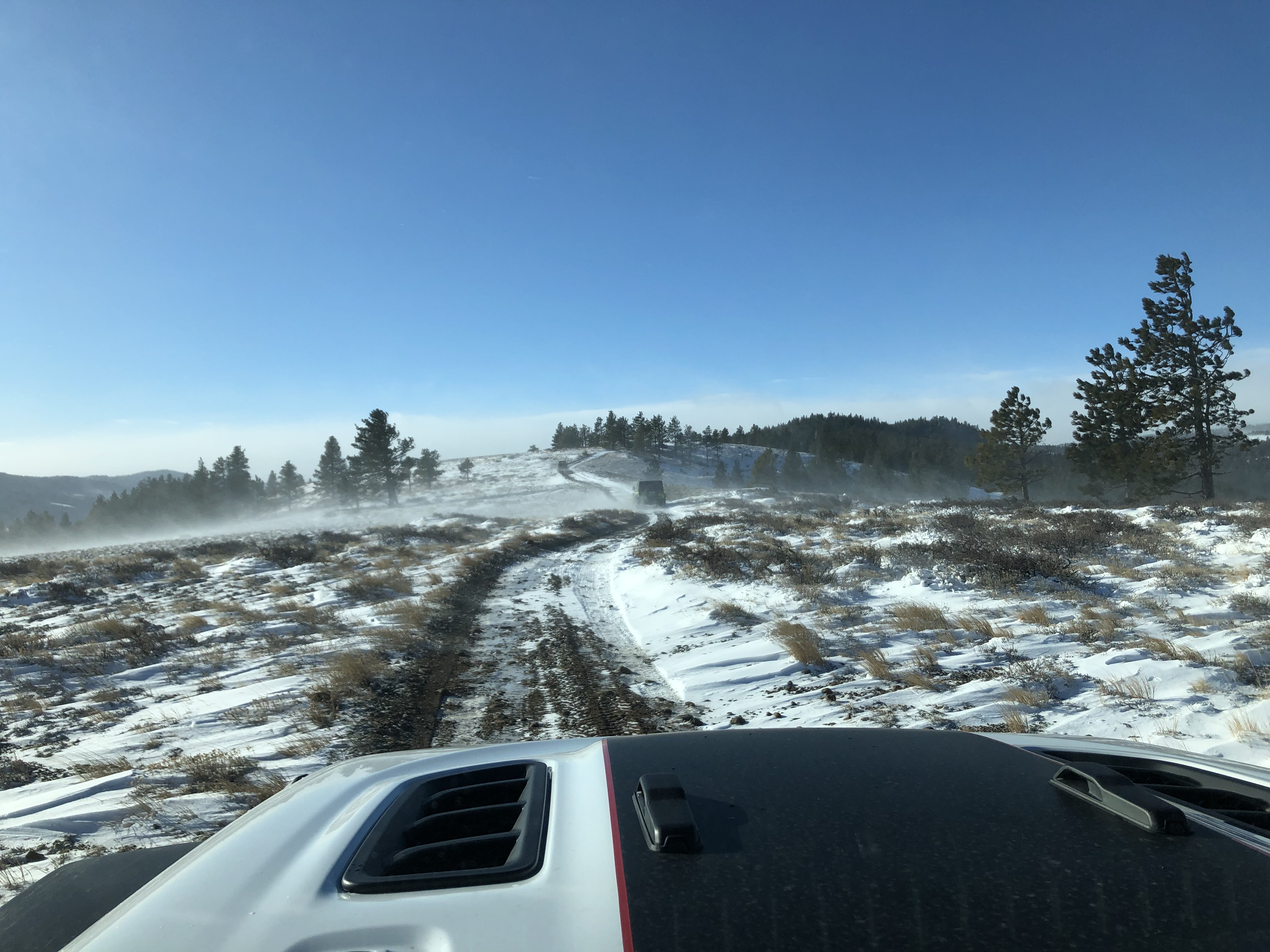 Looking South across the canyon you could see the wind blowing fresh snow off the hillside: 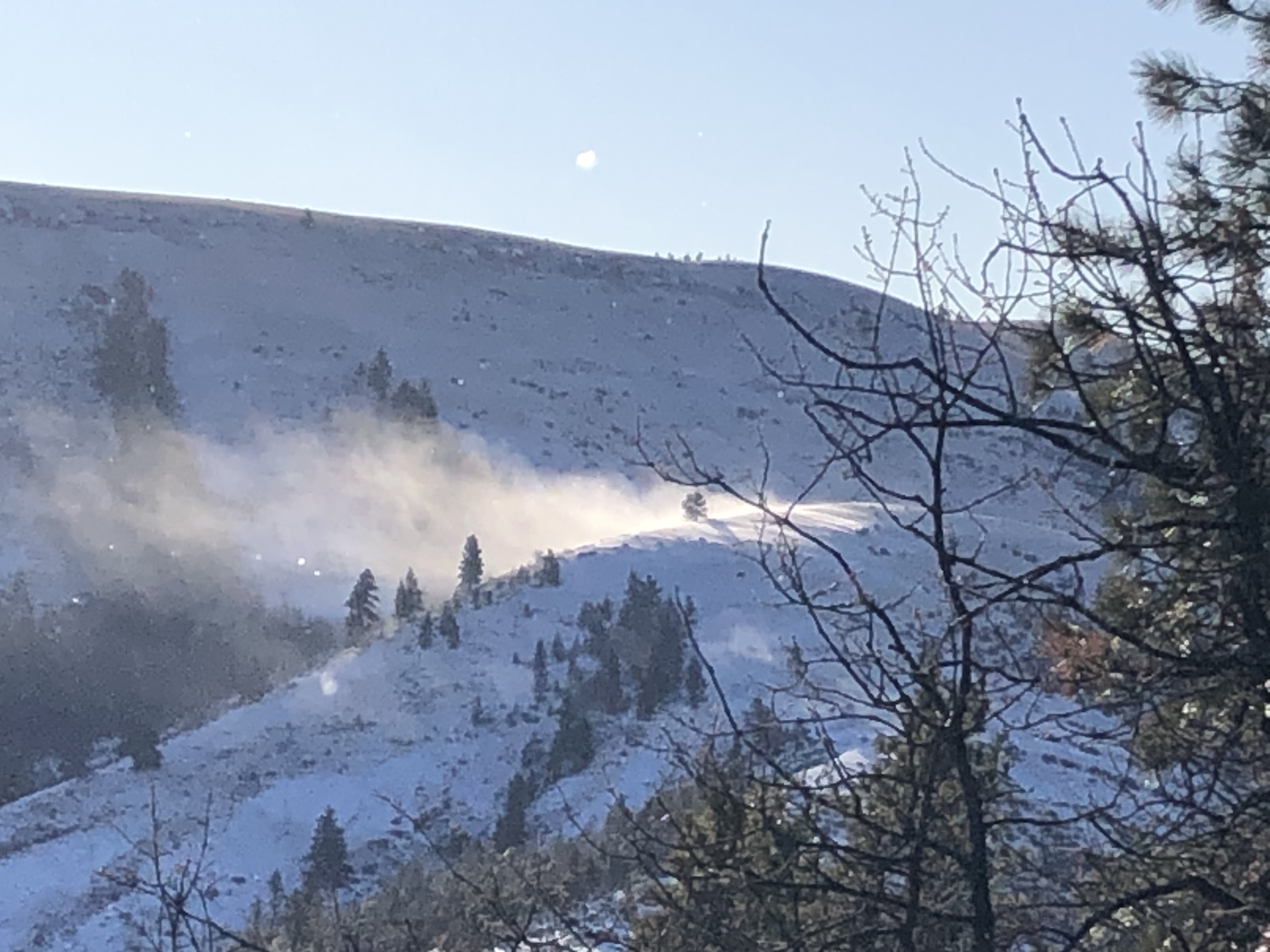 Looking due West, it looked like a snow haboob in the distance: 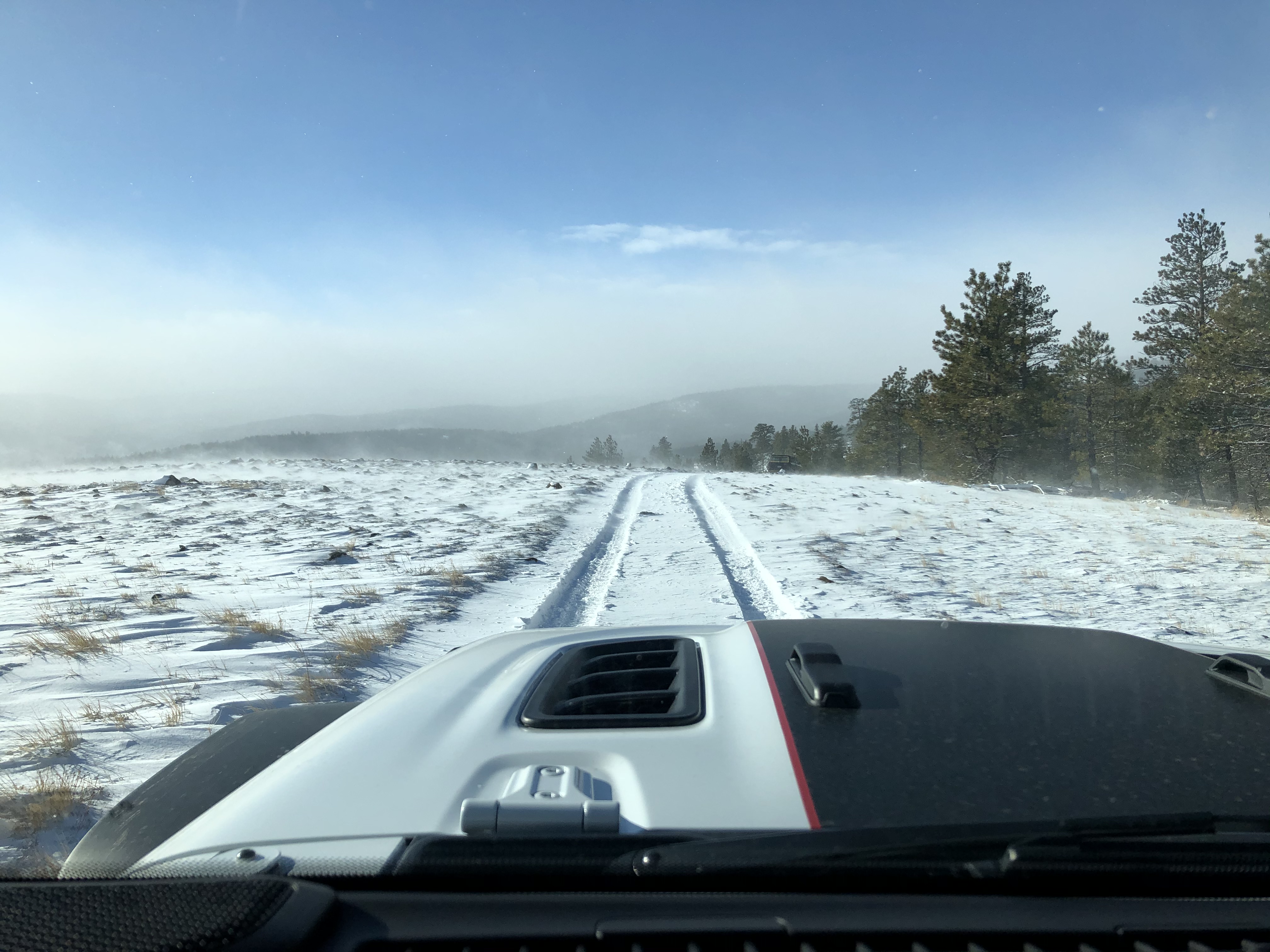 Weather be damned, we pressed on as the snow wasn't deep or particularly challenging, and we still needed more drive time to cook the manifold sammiches. We played around for a while on the sled hill (trying to upload video...), and continued onward. Then a funny thing happened - the snow got deep! Like bottom of the door deep: 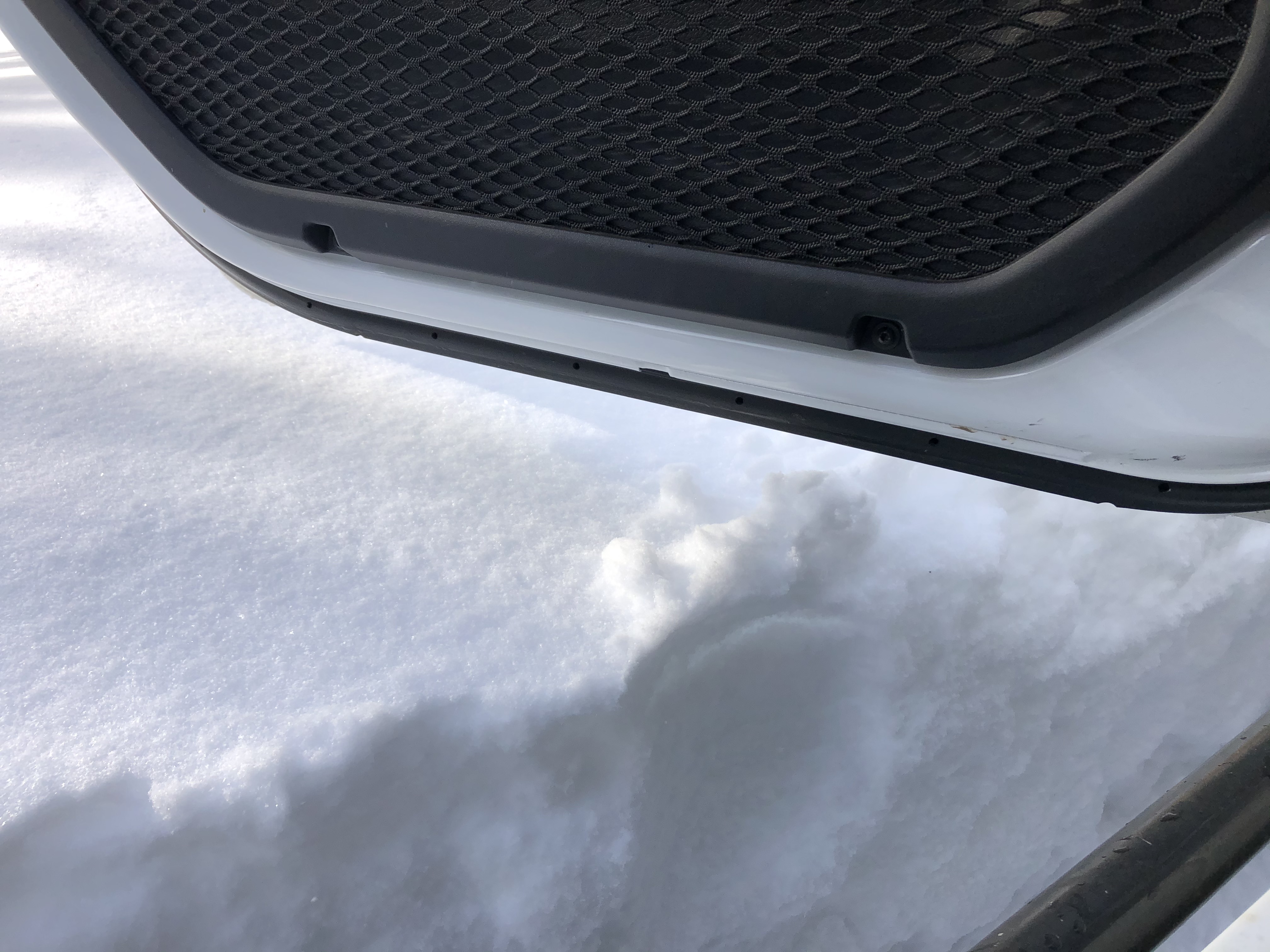 Danny was the first one to succumb to the powdered sugar like substrait: 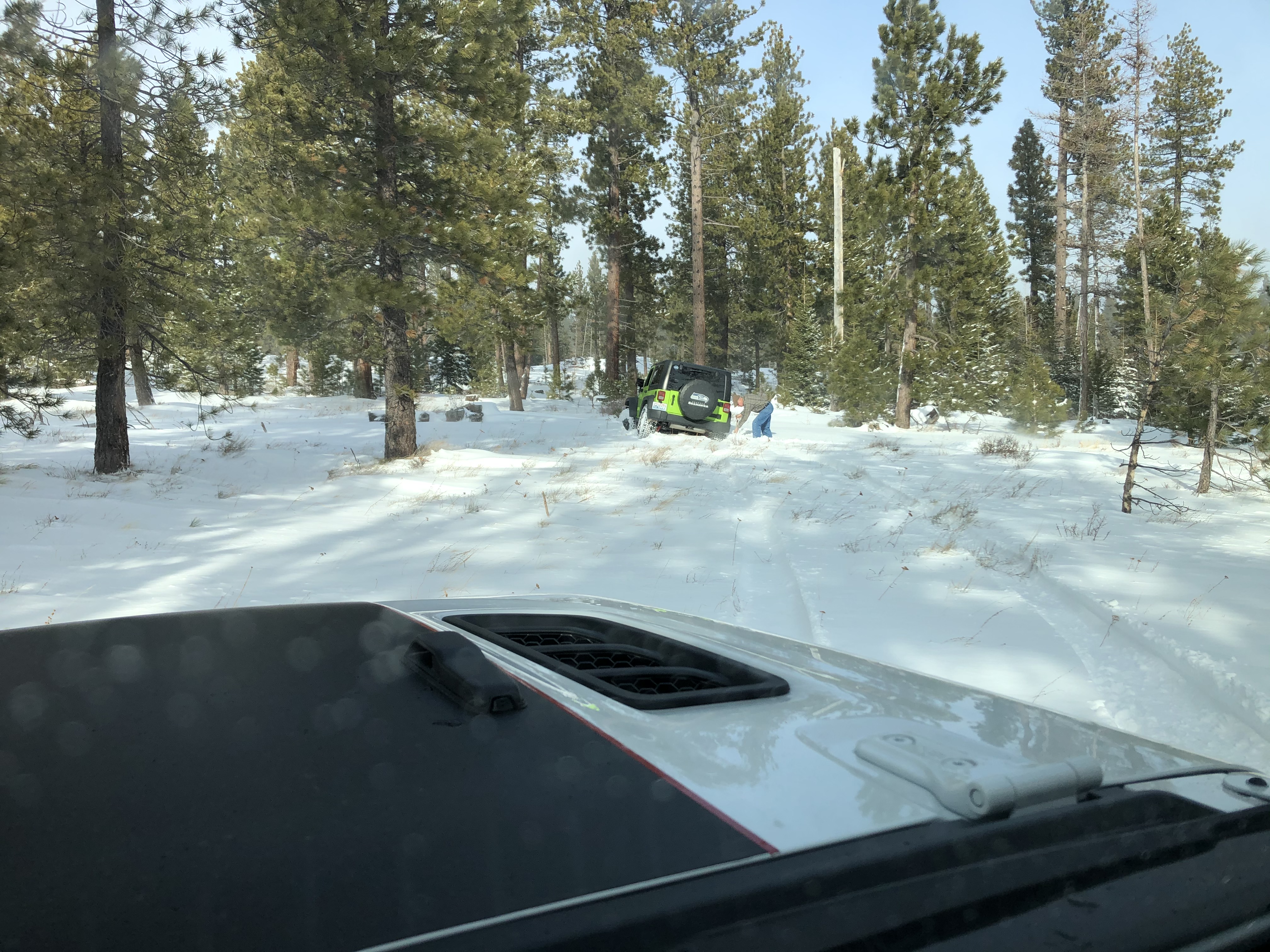 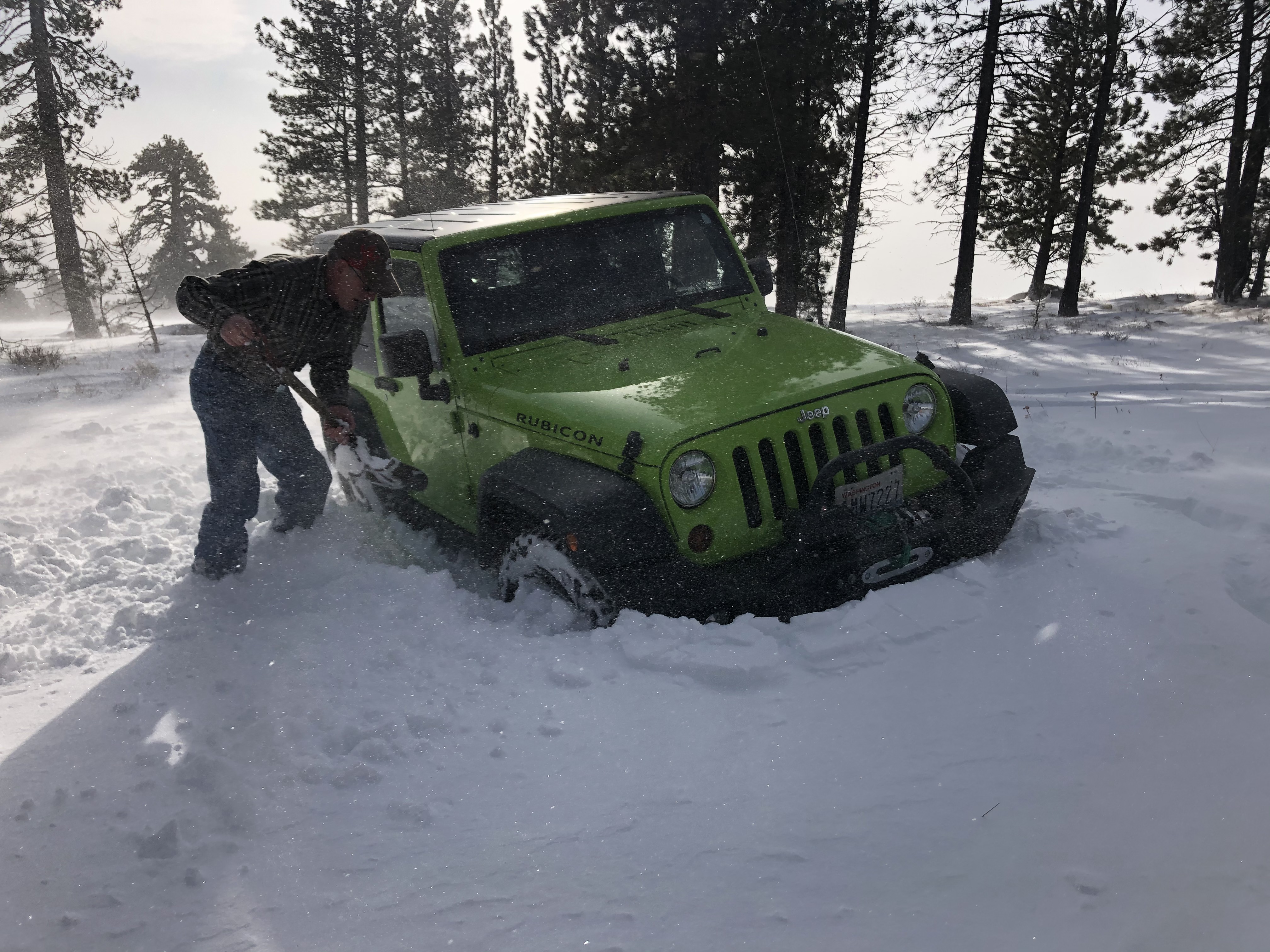 OG quickly came to his rescue, utilizing his new kinetic recovery rope. For anyone on the fence about one of these, ponder no more. Add it to the cart and press go. They are awesome: 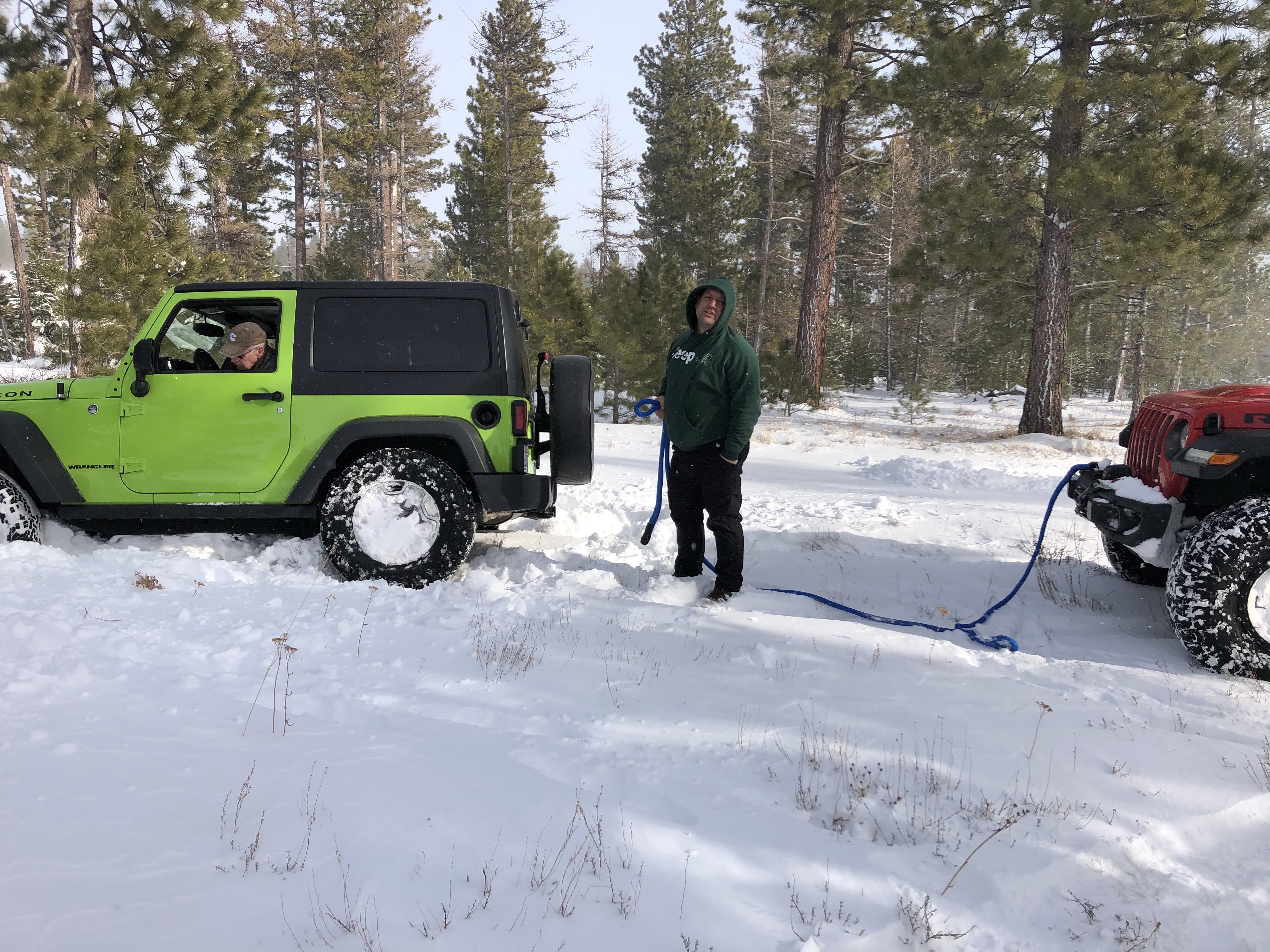 Shortly after recovering Danny, we found a spot among some trees to brave the winds and eat some lunch. Although the sammiches were tasty and the company was great, the driving winds and thoughts of widow-maker trees had us loading up and pushing on...

The snow continued to get deeper and with it being so dry, the going was great right up until it wasn't. The only proper way to drive it was at an absolute crawl, and OG did a great job of breaking the last few hundred feet of trail to hook us up with Jackass: 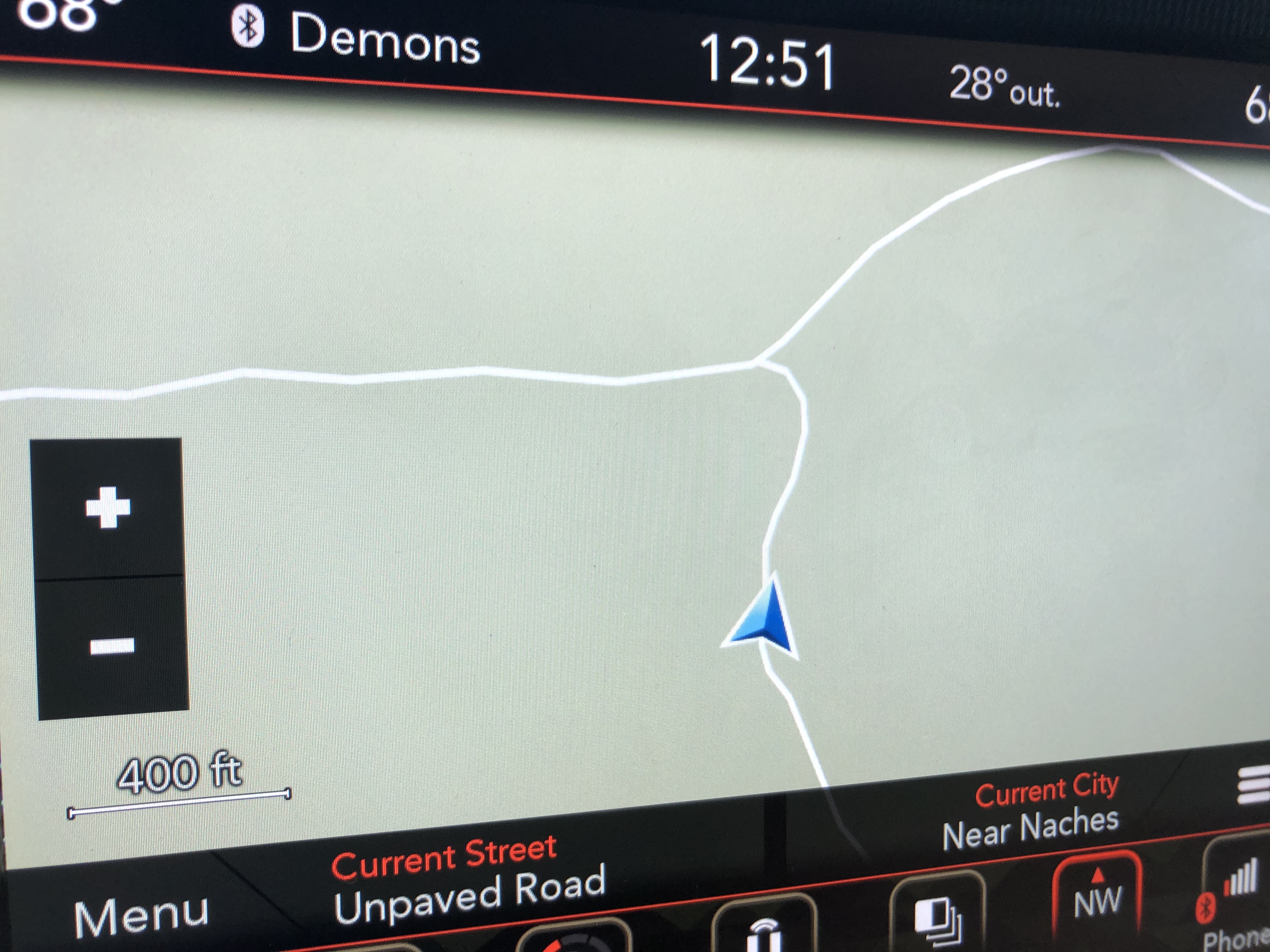 OG took a left to do some exploring, I took a right. We both found deep, fresh, beautiful snow: 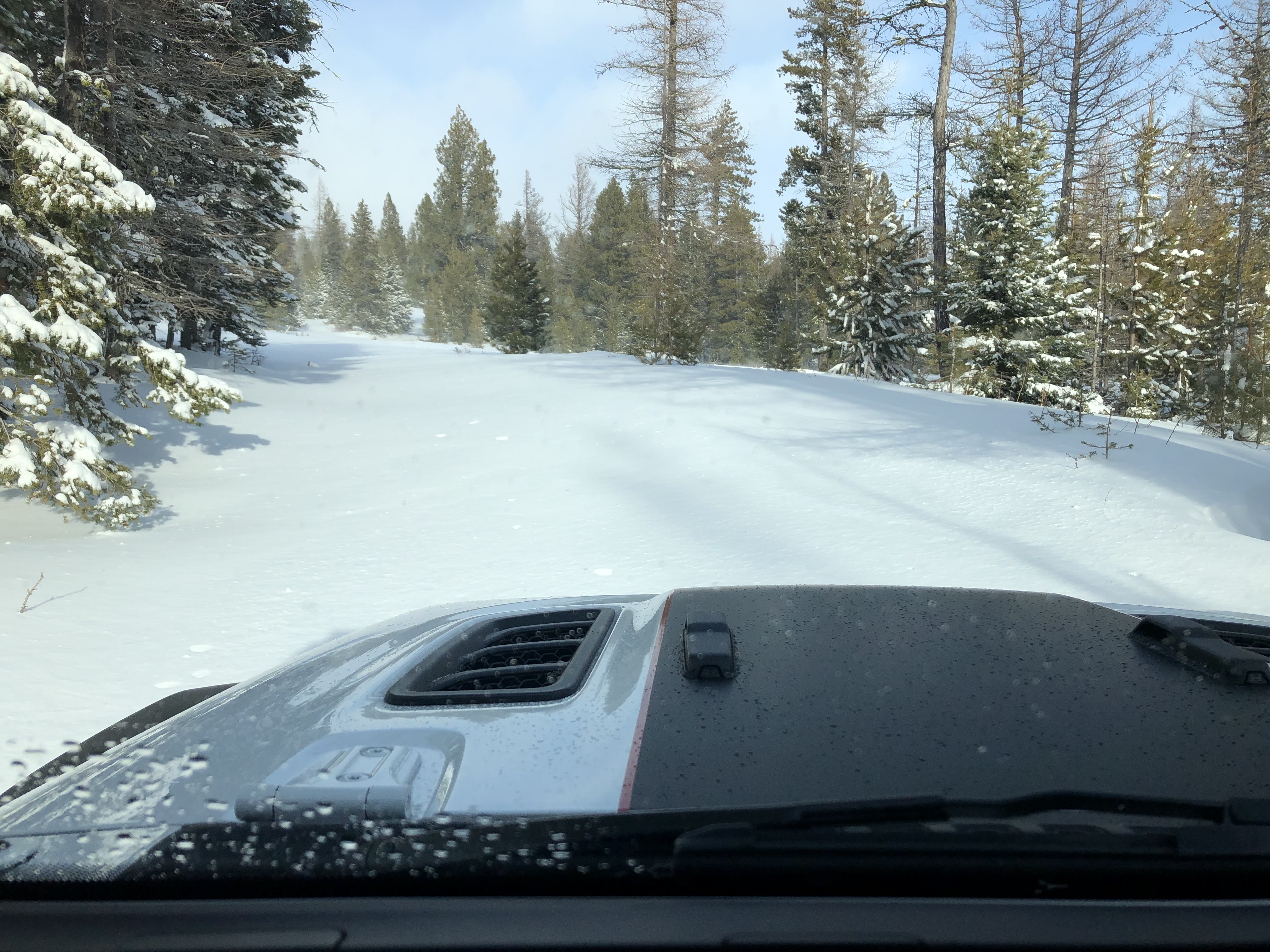 Sadly it was getting late in the afternoon, and the Scout was still stuck in a drift somewhere around the lunch spot so we had to turn around and head back down. The return trip to the corrals proved uneventful, with a few spirited runs here and there to keep the blood flowing. Back down at the corrals the wind was much calmer, and we aired back up in preparation for the trip home: 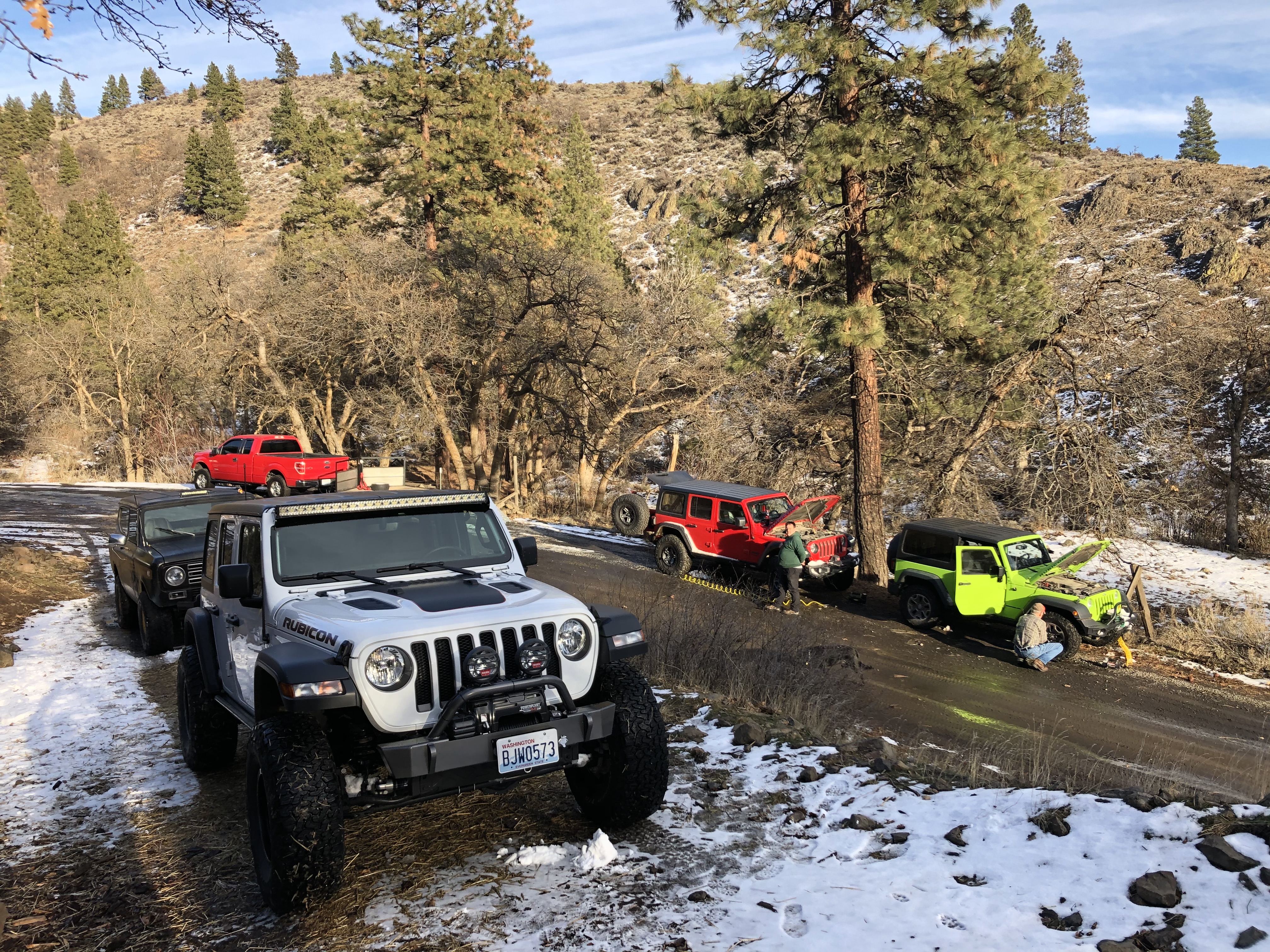 Overall it was a great day in the fresh snow. I won't go so far as to call it epic, but I wouldn't mind doing it again tomorrow

Looks like not much more snow than last month. With the colder temps and more snow rolling in, it should better through the next few weeks!

Looks like not much more snow than last month. With the colder temps and more snow rolling in, it should better through the next few weeks!