See the Upcoming Events in the member’s only section for details about the March meeting. Contact SPR or TJ Dave if you can’t access the post.

As is written in the SOP, we assembled at the Richland Maverik for an 0800 departure. We had a hearty group consisting of 8 rigs, including six Jeeps, one Scout, and my Dodge pickup. We rolled West through a light fog that hung with us until we broke the top of THE hill, but more on that later...

We stopped at the usual spot at the Nasty Creek corrals to air down, but Boy Scout kept rolling along the North Fork road, presumably to find a place to offload his trailer. For the majority of us, it would be the last time we saw him that day. The rest of the group aired down, and headed up the hillside: 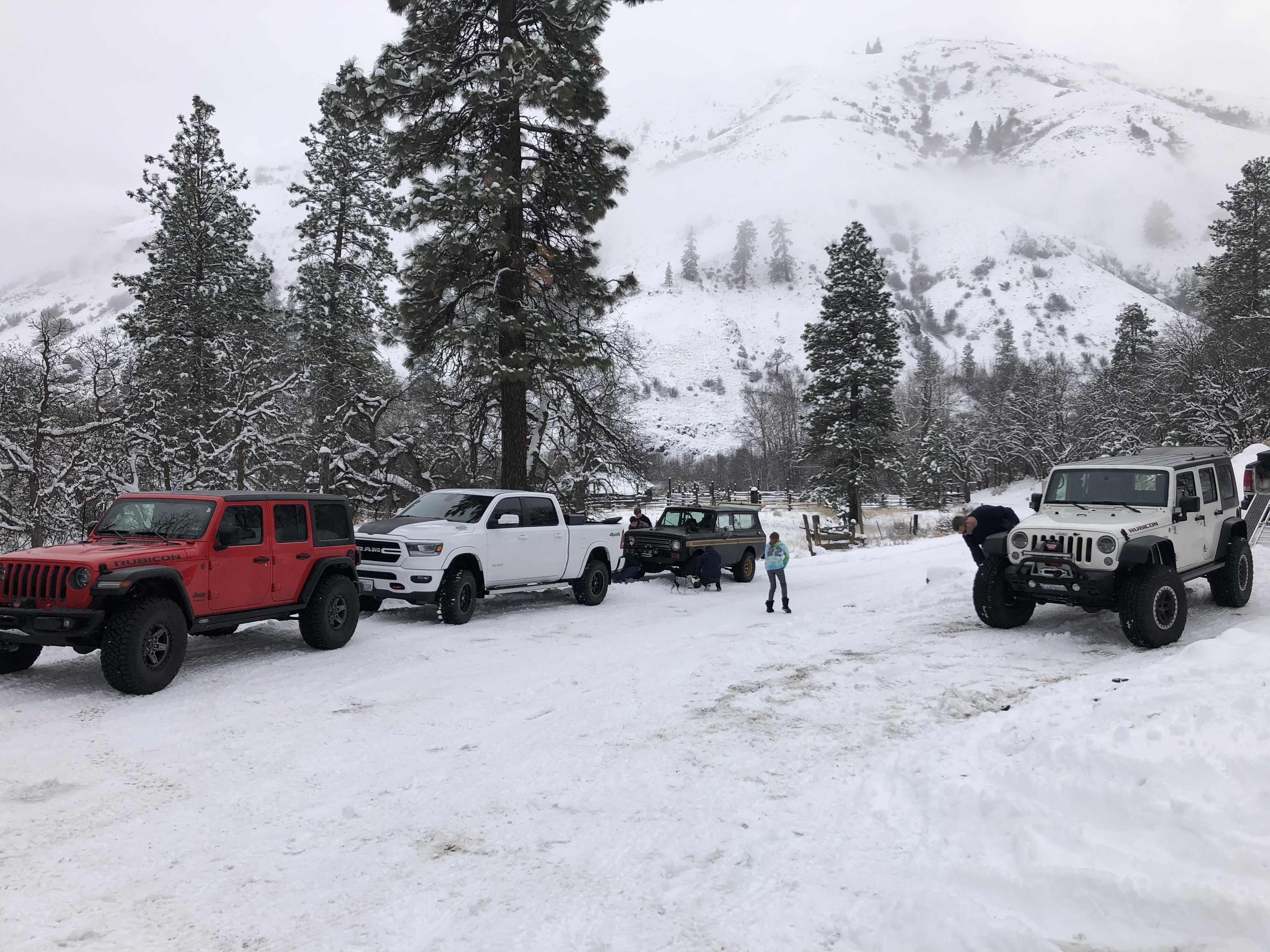 We gained altitude rapidly, and made quick progress toward THE hill. Full disclosure here, having brought the full dollop of Wilcox plus one rental minion in the tow pig, I fully expected to be the trail plug for the day, and was prepared to make camp at the bottom of the hill while the rest of the group went on about their day up top. As we approached THE hill, with me being #3 in line at that point, it became clear that maybe I wasn't the only trail plug for the day... Both Paul and Danny were being denied repeatedly as we sat and watched from the bottom: 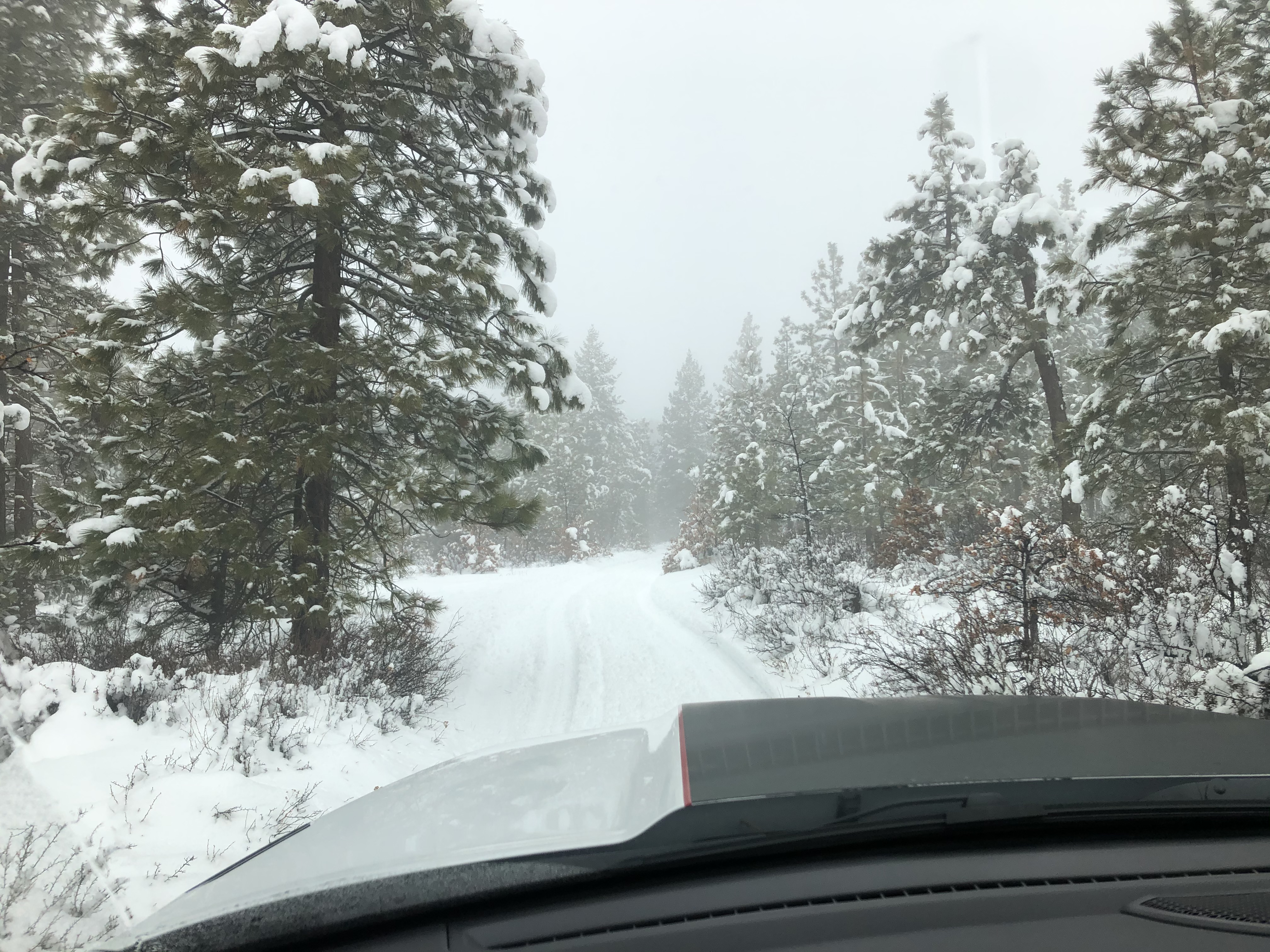 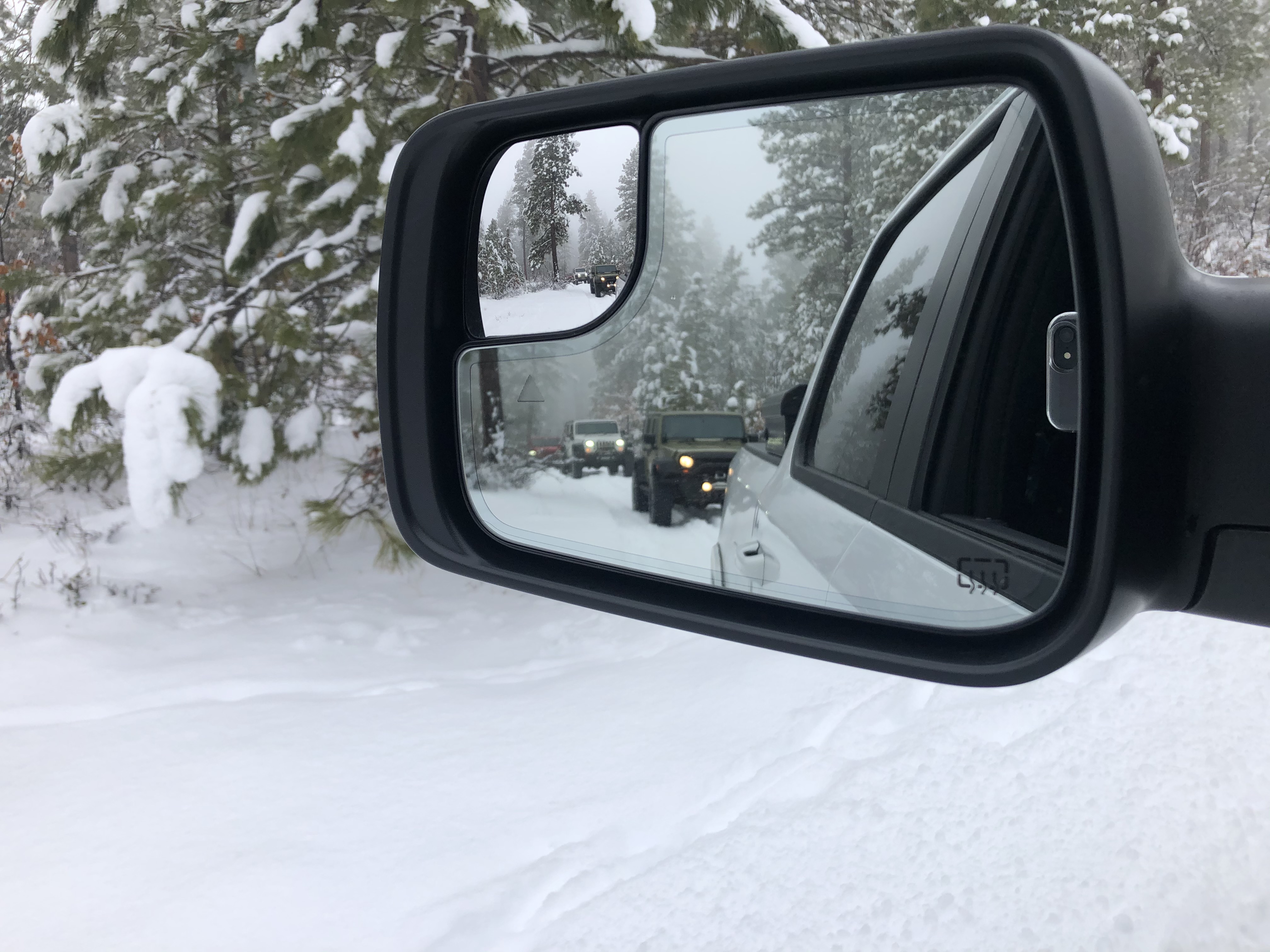 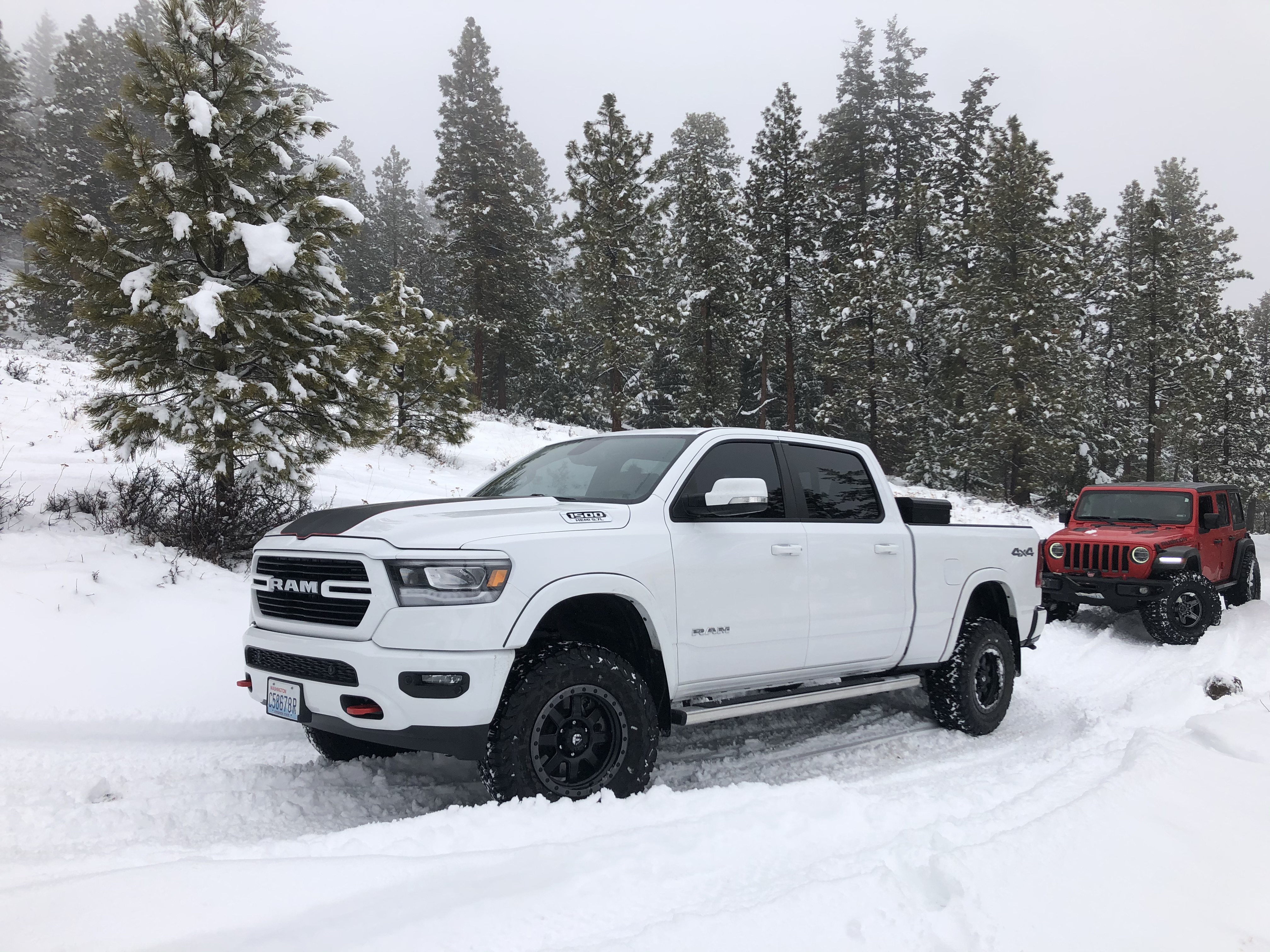 OG immediately began removing additional weight in the form of compressed air that was hiding in his tires, maneuvered around to the lead position, and made a run at it:

Paul backed all the way down to my front bumper, and following OG's lead, mashed the skinny pedal:

Danny followed suit. Unfortunatley I didn't get any footage of his run, but it looked pretty much like the other two.

I was up next in the tow pig... With nothing to lose but more pride, and let's be honest I'm pretty diminished of that, I locked the transmission down into 3rd gear and let 'er eat. We cleared the top with my wife laughing hysterically and the big Hemi singing a song that I just can't get enough of. I really need to look into a V8 swap for the JLU-R...

Try as they may, the Miller's and Dryside just couldn't find ample traction and both had to take the cable to make the last push (pull??) to the summit: 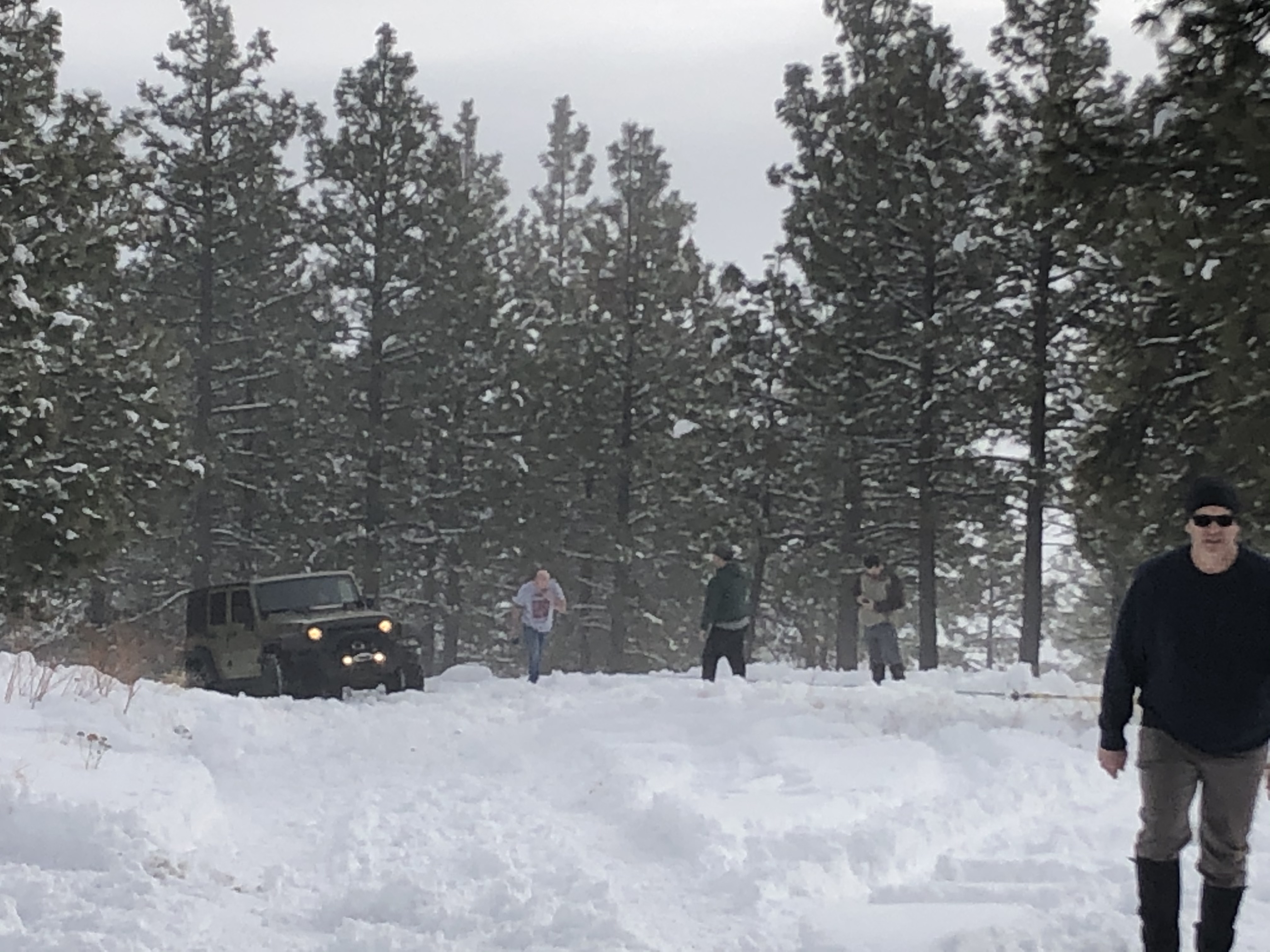 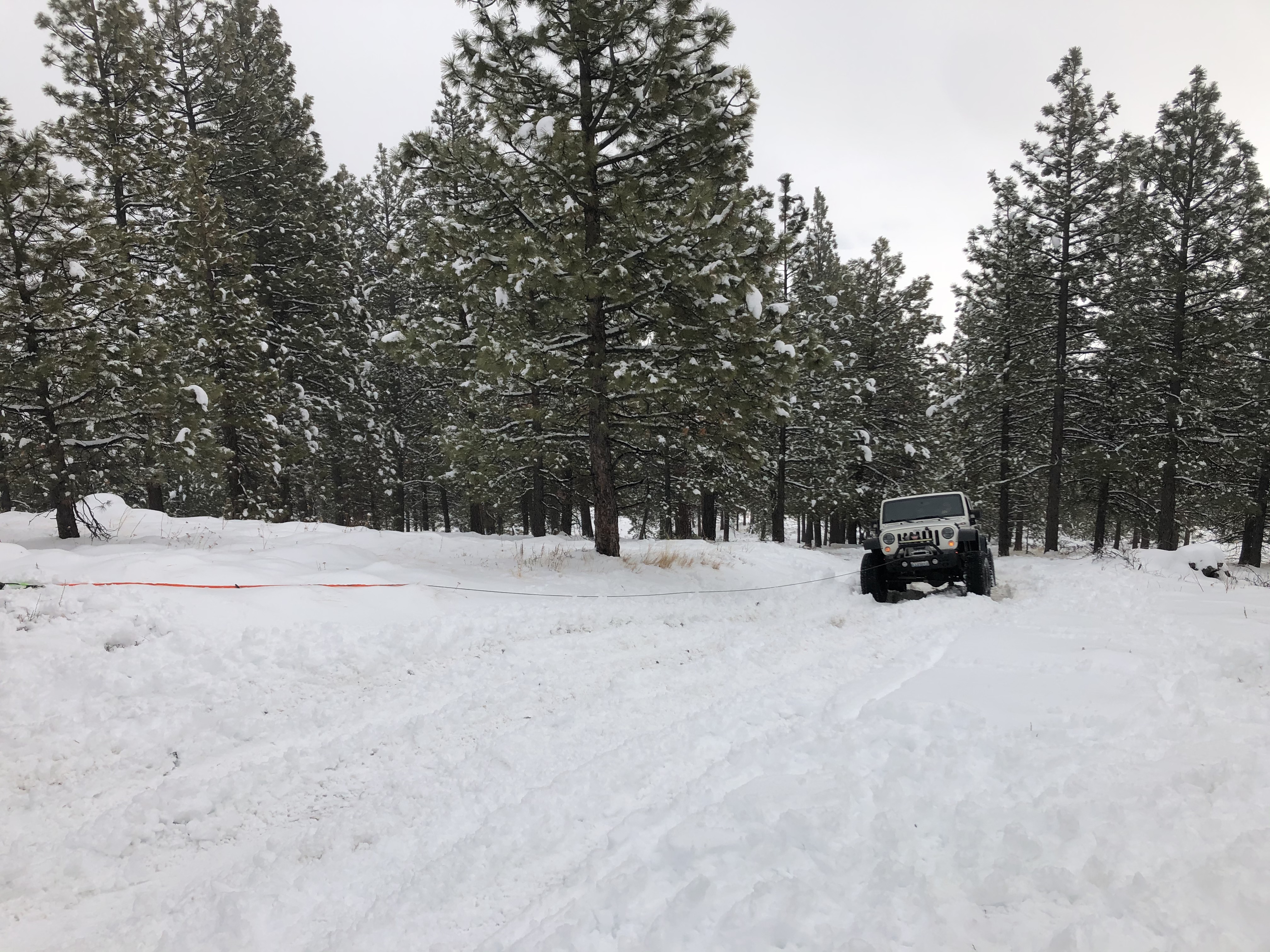 Up on the hogs back, we let the minions ride the tube behind the truck. The conditions were incredible for such things: 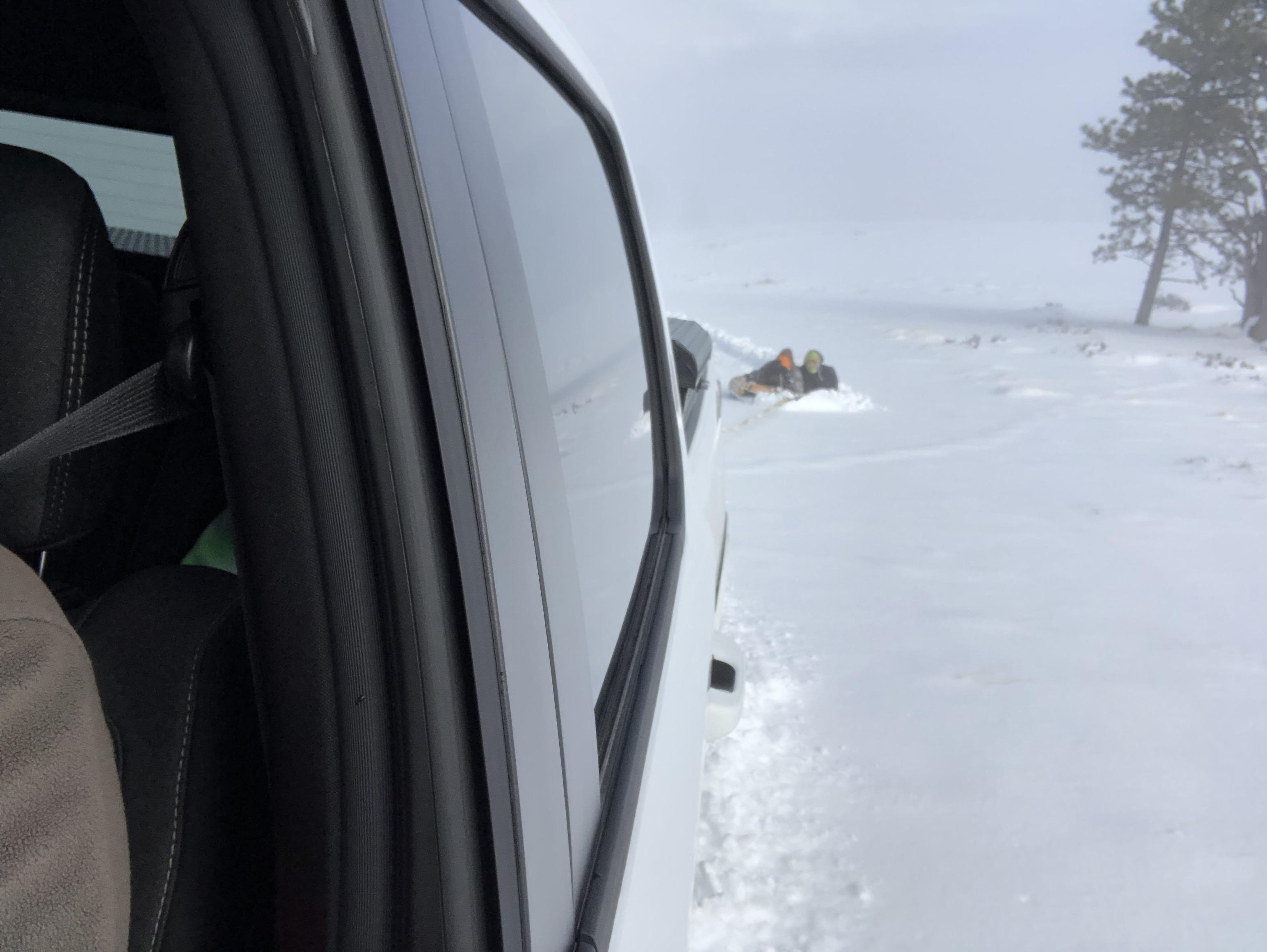 We broke out of the fog and decided to find a place to have some lunch. Looking further off to the West showed another thick fog bank socking in the usual lunch spot on the open hillside, so we made due with a nice spot in the open meadow just past the cattle guard. Rigs were unloaded, a fire was made, and culinary weaponry was deployed: 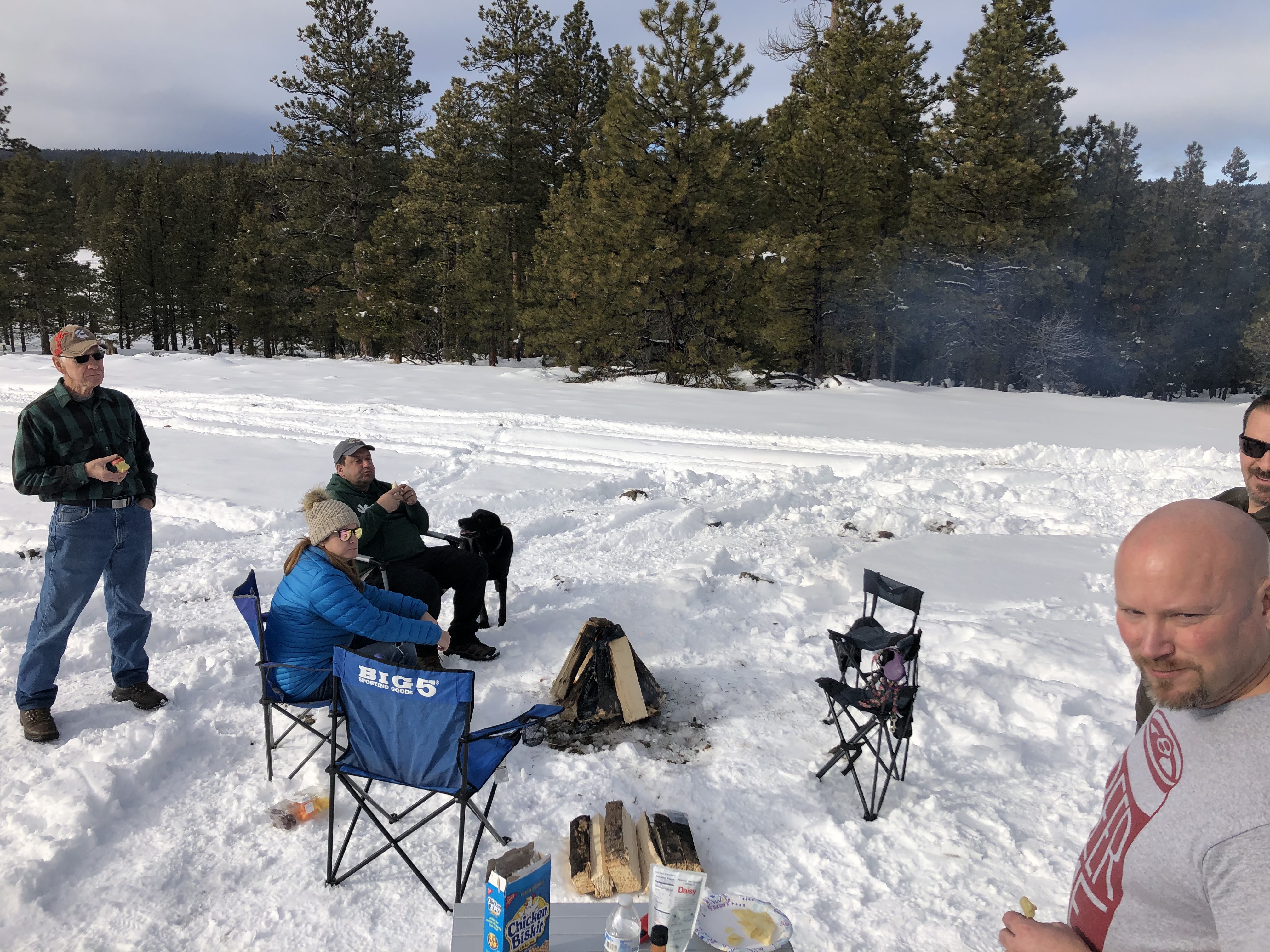 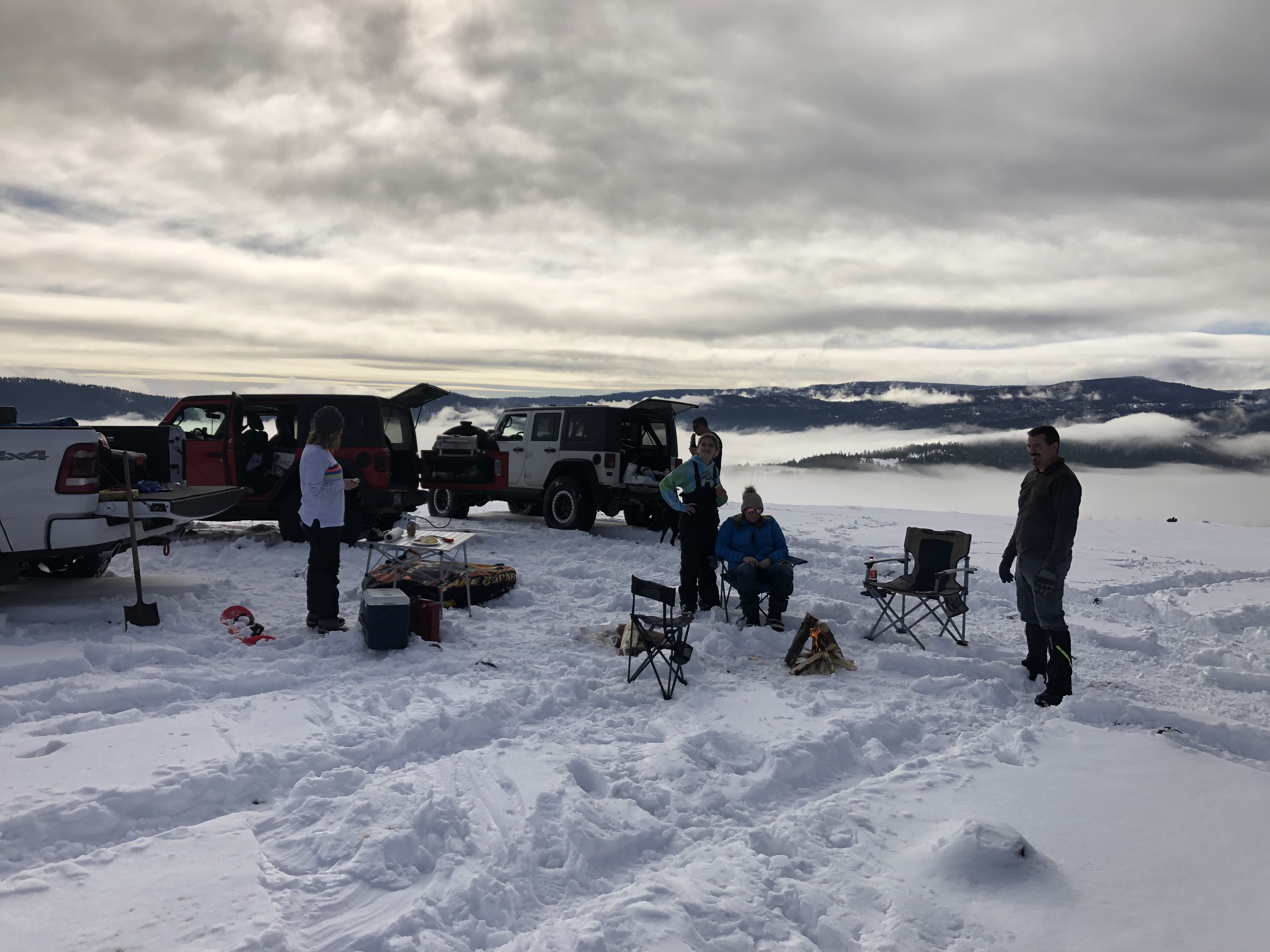 My daughter found a rock to stand on and take it all in: 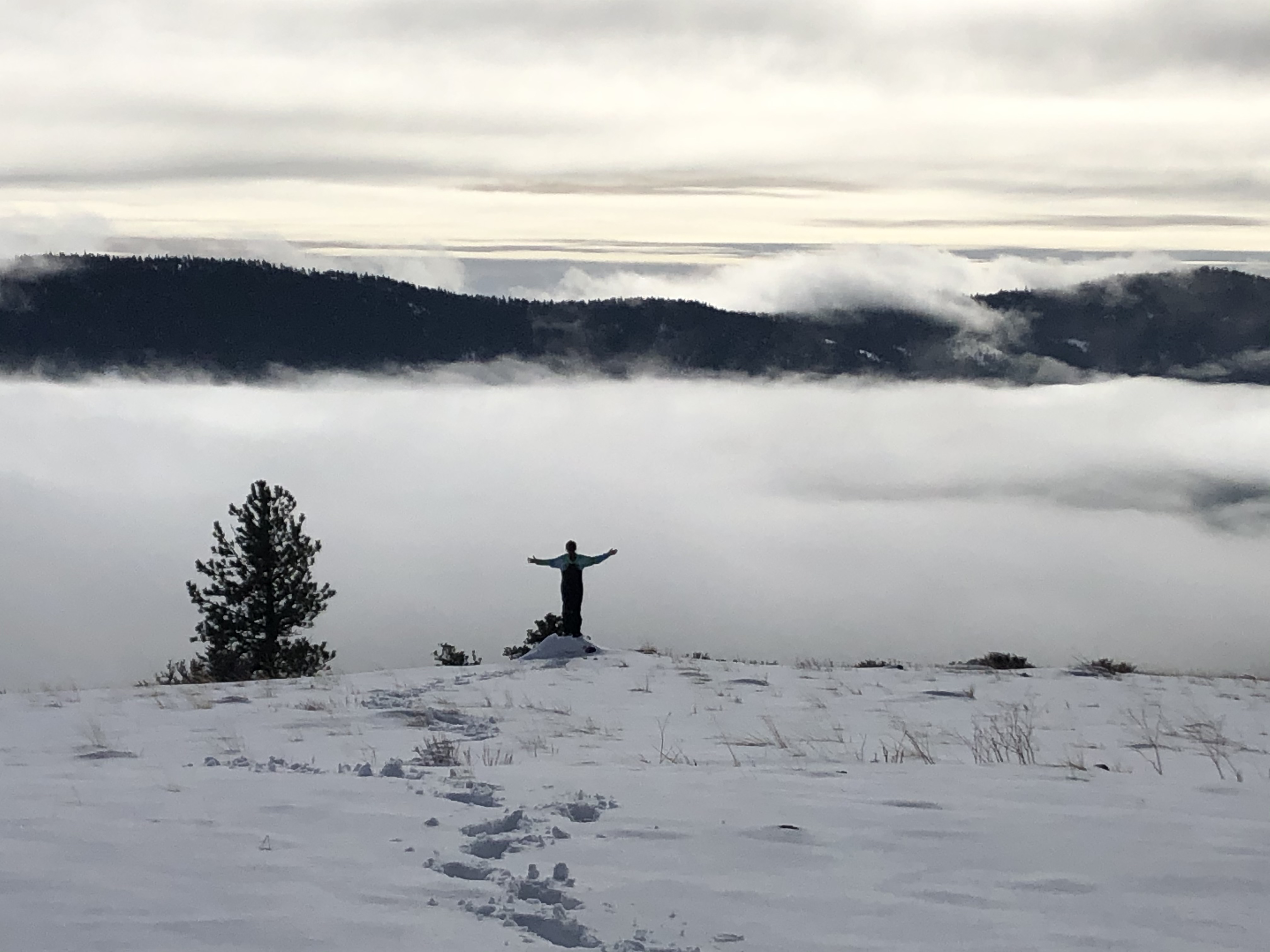 It was then we found the single biggest casualty of the day, and that was a massive dent in OG's grill top due to an errant propane bottle: 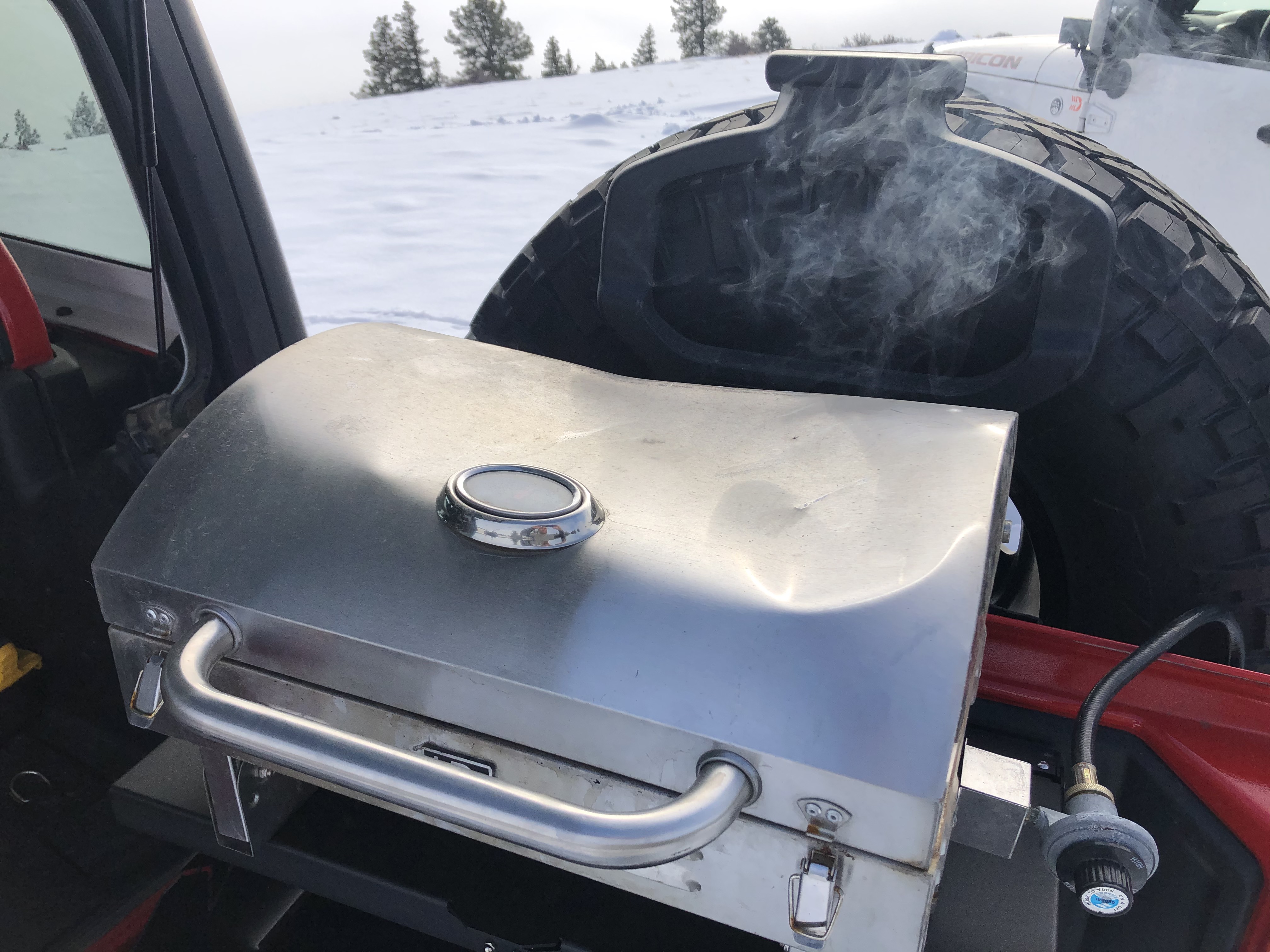 Thankfully, it still cooked up some pretty tasty carne asada. So much so that Dryside needed a nap: 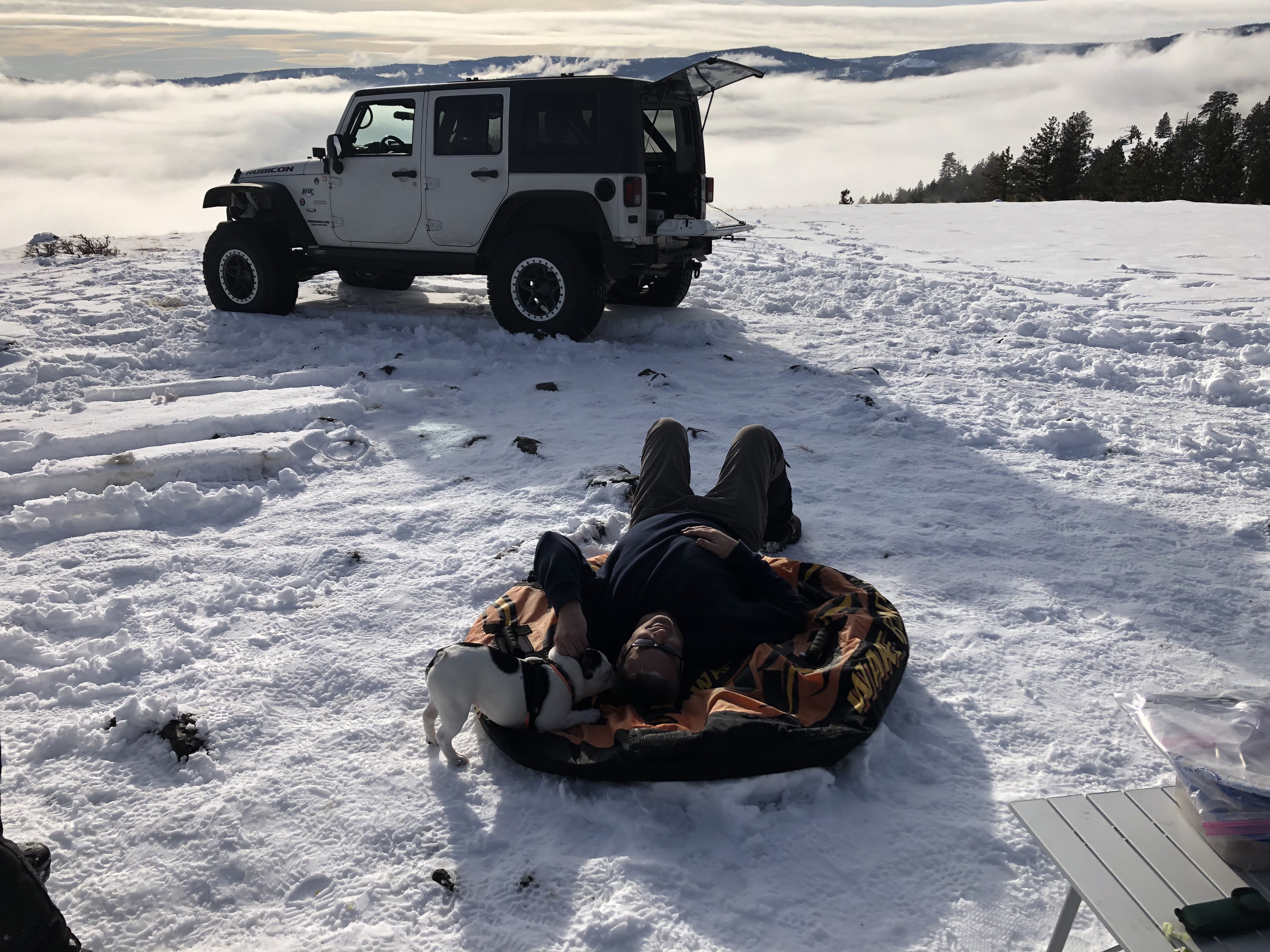 After a good bull session, OG, Paul, and Danny decided to press on toward the intersection with Jackass, while the rest of us broke camp and headed back down the hill, hoping to find Boyscout and, well, the Scout. I don't have any particulars on the shenannigans that took place toward the intersection, but these were sent to me: 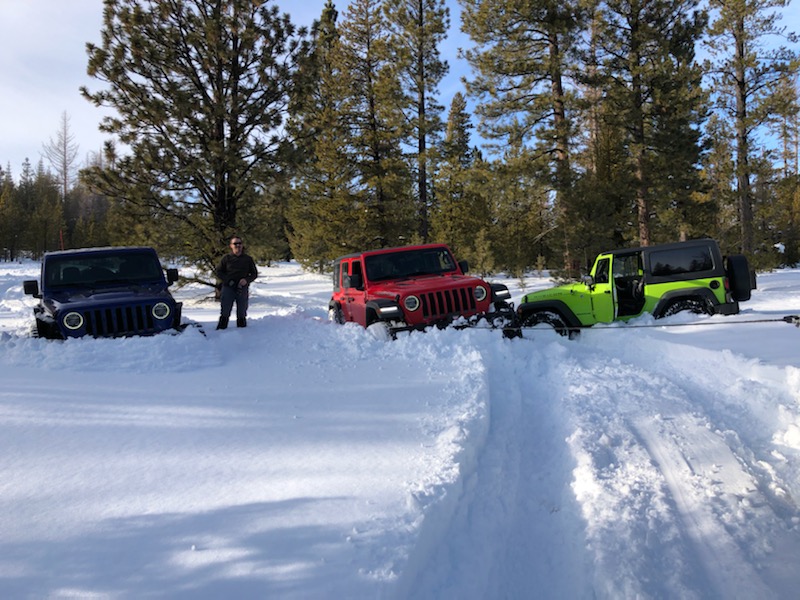 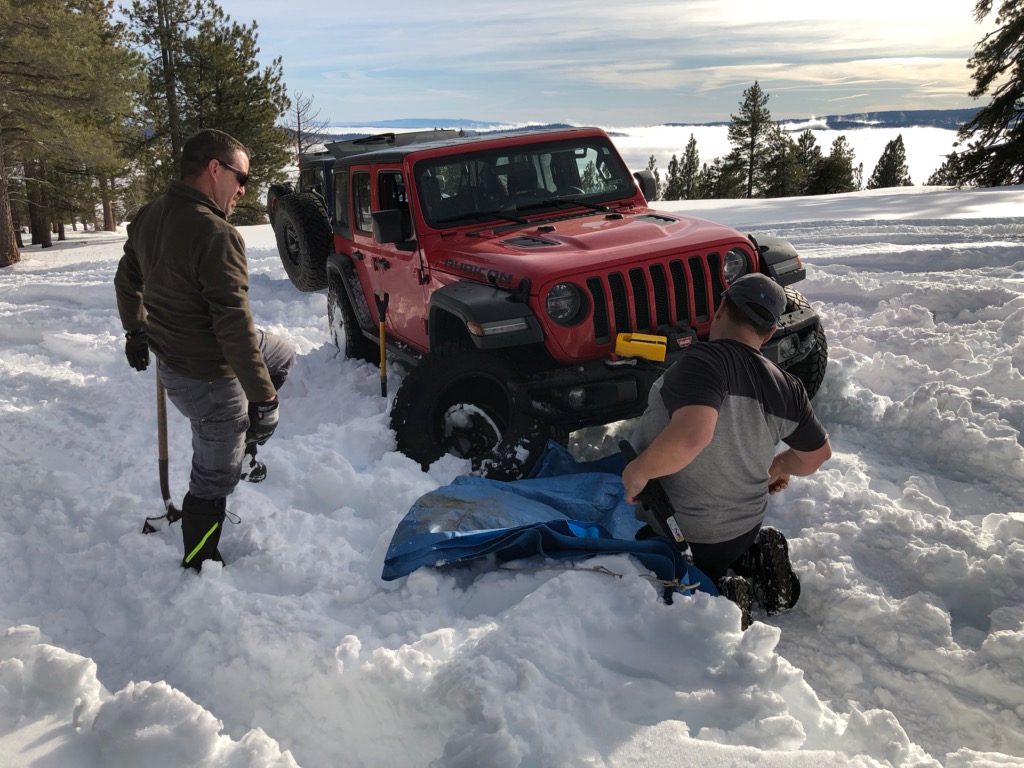 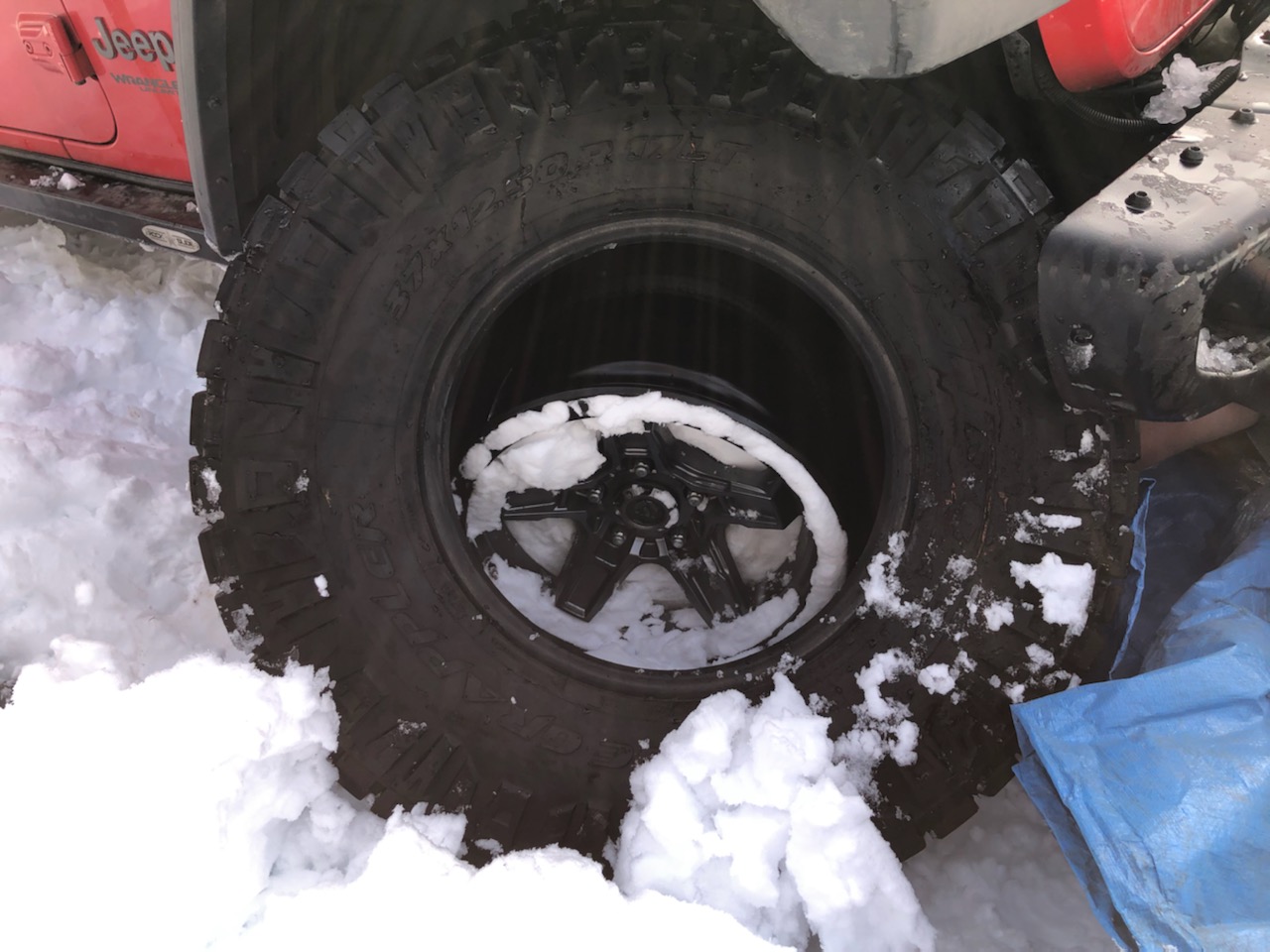 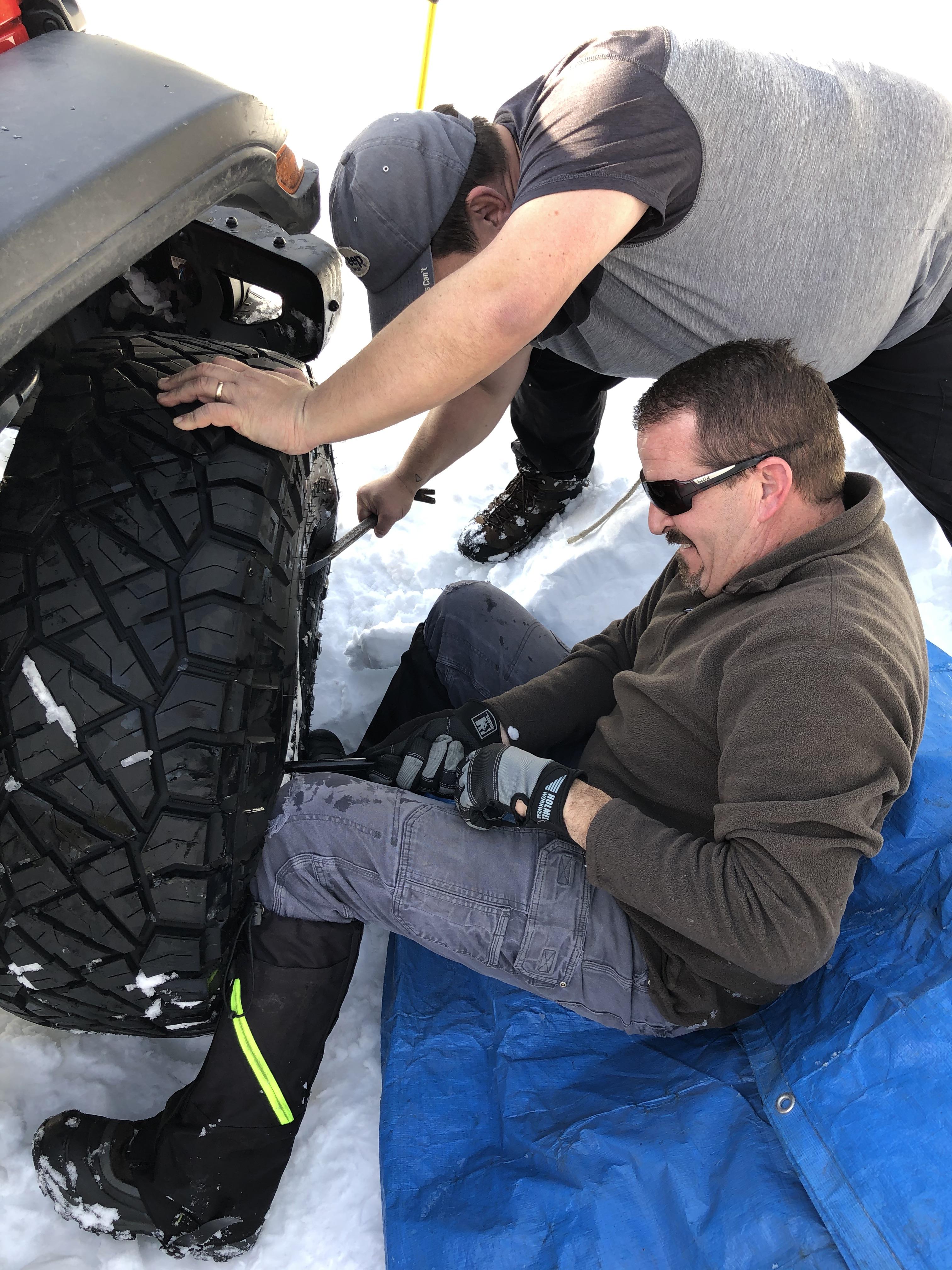 Our fragmented group plodded down the hill, eventually arriving safely back at the corrals to air back up: 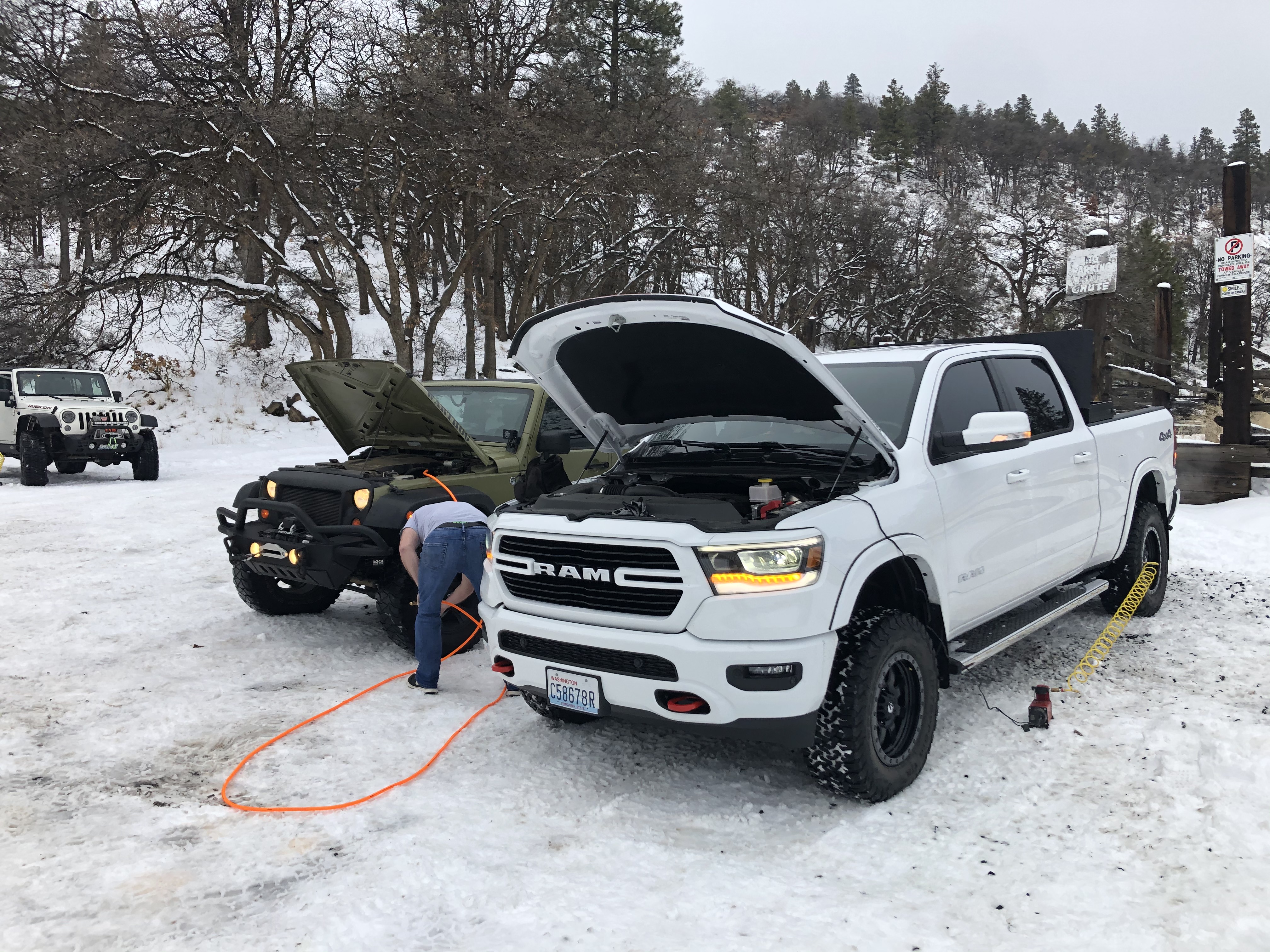 It had been another fantastic day at elevation, topped off by beautiful weather above the fog that the valley areas had been mired in all day. Of course plans are already being made for the next one

It is almost like I was there!
www.nwoffroadtrails.com/forum
Top

Here is my run report: